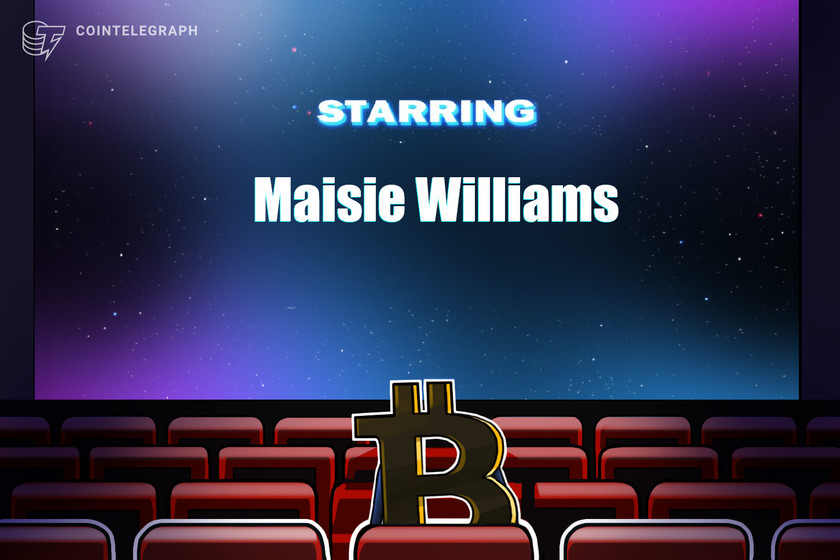 English actress Maisie Williams, best known for her role as Arya Stark in the HBO series Game of Thrones, may be joining the Bitcoin bandwagon.

In a Nov. 16 message on Twitter, the actress asked her 2.7 million followers if she should go “long on Bitcoin.” At the time of publication, the majority — 60.4% — are advising she invest in the crypto asset with 52,381 people responding. Williams has an estimated net worth of $6 million from her work in television and film.

should i go long on bitcoin ?

The high-profile celebrity’s mention of Bitcoin (BTC) left Crypto Twitter abuzz as other figures were quick to chime in with their thoughts.

Peter McCormack, host of the What Bitcoin Did podcast, suggested Williams avoid altcoins at all costs, stating “Bitcoin and nothing else” for the actress. However, crypto terms crossing over with Game of Thrones references were plentiful, as Blockfolio told Williams she should “join the free folk” by going long on Bitcoin. Barry Silbert joined the party, suggesting the actress check out “the other” type of Grayscale, an homage to a disease in the series and the investment firm’s crypto trusts.

Bitcoin adoption among major figures in entertainment and finance has seen a major uptick in 2020 as many look to hedges for inflation and digital alternatives to cash. Day trader Dave Portnoy briefly joined the crypto community this year, later labeling Bitcoin as “one big Ponzi scheme.”