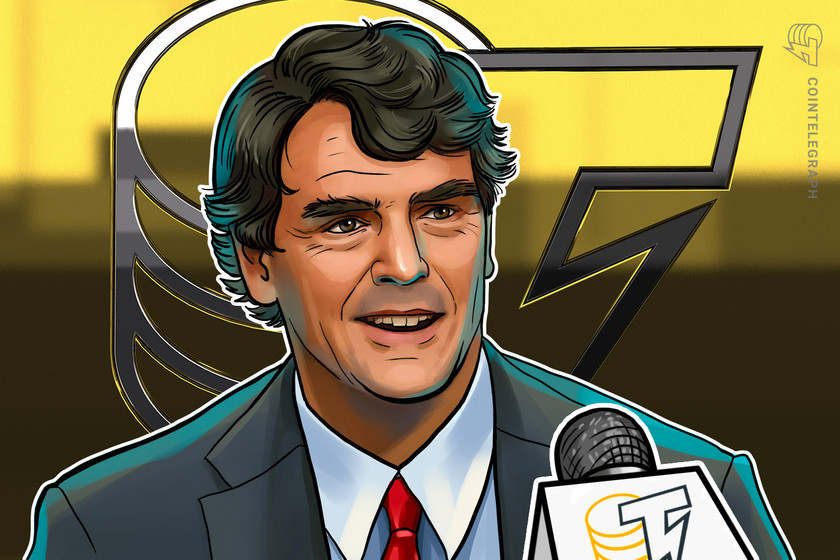 Tim Draper remains bullish on DeFi and Bitcoin but thinks regulation has not caught up with the technology.

Two years ago, venture capitalist and noted Bitcoin investor Tim Draper publicly stated that Bitcoin will hit $250,000 by 2022. Yet, as Bitcoin continues to gain interest from investors, Draper revealed to Cointelegraph during an interview that a $250,000 price prediction may have been conservative: “I think it’ll certainly hit that. But a lot of people are thinking that $250,000 was a little too conservative.”

Draper also discussed the impact of the COVID-19 pandemic on the blockchain space, noting that tokenization will play a major role in solving problems related to global shipping and real estate. Additionally, Draper shared his thoughts on decentralized finance, or DeFi, saying he wants to “‘DeFi’ the venture capitalist business” moving forward.

The full interview can be viewed on Cointelegraph’s YouTube channel.

Cointelegraph: What are your thoughts on how the COVID-19 pandemic is impacting the blockchain space?

Tim Draper: A couple of things have happened since the pandemic. Some people say it’s condensed the time for us to adopt new technologies. People are stuck in place and they’re saying, “Yeah, why don’t I try to see what VR is like for remote medicine or remote education?” Some of the things that we’ve been backing over time have gained a lot of attention during the pandemic because people haven’t been able to leave their homes.

The other thing that has happened was that when the U.S. government printed $13 trillion dollars, they immediately diluted the dollar by 20 or 30%. That was a real shock to the system. People then said, “Well, wait, where do I put my money? Do I put it into gold, or do I put it into Bitcoin where it’s a great store of value?” A lot of people have said they want to move their money into Bitcoin.

But whenever there’s a crisis, there’s a great opportunity to do something extraordinary. When there was a financial crisis for example, Satoshi Nakamoto came up with Bitcoin. And I think that as we’re able to put more restrictions and more accounting systems around the blockchain, we’re going to be able to use Bitcoin interchangeably with dollars.

CT: Right now, the world is in the midst of a crisis. Which technological breakthrough will help humanity come out stronger on the other end?

Tokenization and shipping is also a great way for people to own containers to keep track of the entire Iot. I think we’re going to see some extraordinary breakthroughs in shipping and also with any kind of logistic use cases.

CT: Another thing that we’re seeing is the rise of DeFi. Do you think DeFi is just a bubble or will this actually drive adoption?

TD: I think that DeFi had to happen. People have been sitting on their Bitcoin or their other cryptocurrencies just watching as they appreciate in value instead of having that money being put to use. But, you want your money constantly put to use.

I ultimately want to “DeFi” the venture capital business, where I raise a fund just in Bitcoin, I invest it just in Bitcoin, and the entrepreneurs pay their employees and suppliers all in Bitcoin. Then, all the accounting through that system should be on the blockchain. My relationship with the entrepreneur and my relationship with my investors can all be on a smart contract, so that if there’s a big winner, it can all be distributed into many different Bitcoin wallets. I think this will eventually happen, but right now the accounting isn’t set up. We are now seeing the early DeFi use cases, but longer term, all the accounting, the taxes, the whole thing will be done using Bitcoin.

All that DeFi will then become a bridge to “ReFi” where it’s retail and we’re using this as the major currency for all of our purchases. It will just become a part of the world economy. I think this will include Bitcoin, along with four or five other cryptocurrencies.

Ultimately, I think that fiat currencies will slowly go away. And I think that the governments who are saying, “Oh, I’ll do a centralized cryptocurrency that is tied to my country’s currency,” well, that defeats half the purpose. Half the purpose of doing this is that your currency is not tied to some political force. You can’t inflate against debts, and you can’t operate the way Argentina has been for 100 years. You have to operate fairly across the board. That’s the beauty of what we’ve got in cryptocurrency, which governments don’t have with fiat currency.

TD: Yes, Bitcoin will hit $250,000 by 2022 or the beginning of 2023. That $250,000 is really based on a 5% market share of currencies. I think that’s easily achievable, especially as more women start using Bitcoin, since they control 80% of retail spending. It’s really interesting that there used to be one in 15 Bitcoin wallets that women held, and now it’s advancing. As women start using those wallets, they’ll realize this is much easier. I moved as much of my money as I felt fair into Bitcoin. And so, yes, I think it’ll certainly hit that, but a lot of people are thinking that was a little too conservative.