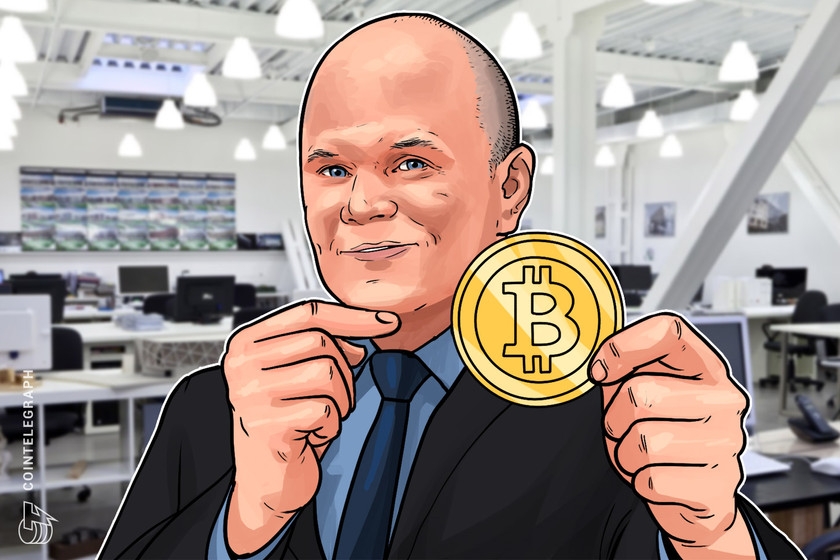 Bitcoin (BTC) has gained significant notoriety in the decade since its 2009 launch. Big mainstream players such as MicroStrategy have recently begun to invest large sums of money into the asset, normalizing its viability as an investment for some. Mike Novogratz, CEO of Galaxy Digital, said Bitcoin is now an obvious financial play.

“On a risk-adjusted basis, BTC is an easier bet today than it has ever been,” Novogratz said in an Oct. 27 tweet. “It’s being de-risked daily.”

Cointelegraph reached out to Novogratz for additional details, but received no response as of press time. This article will be updated accordingly should a response come in.

“Adjusted by its volatility, Bitcoin has presented the best return in one or two years against all other asset classes,” Cointelegraph markets contributor Marcel Pechman said when asked to weigh in on Novogratz tweet. “Few investors expect gold to rally 60%, but it never went below -8% so the Sharpe index adjusts returns based on volatility.”

Although MicroStrategy bought more than $400 million worth of BTC in recent months, it is not the only mainstream giant to join the party. Square, headed up by Twitter CEO Jack Dorsey, purchased $50 million of Bitcoin recently, publicized on Oct. 8. After disclosing his BTC holdings in May 2020, billionaire Paul Tudor Jones compared the asset to an investment in Apple before its boom.

With its mainstream involvement, including the traditional trading products being built around it, Bitcoin is much easier to gain financial exposure to today than it once was. Though it was originally designed as an alternative form of currency, Bitcoin has gained prevalence more as a store of value and investment option in recent years.

“I don’t think Bitcoin is going to be used as a transactional currency any time in the next five years,” Novogratz said in an interview with Bloomberg TV, posted on Oct. 23. “Bitcoin is being used as a store of value,” he added. “People are worried that the central banks around the world are debasing fiat currencies.”

The U.S. government, for example, printed a massive amount of its national currency in 2020 amid the COVID-19 pandemic; and action that could ultimately decrease the value of the American dollar as a whole.