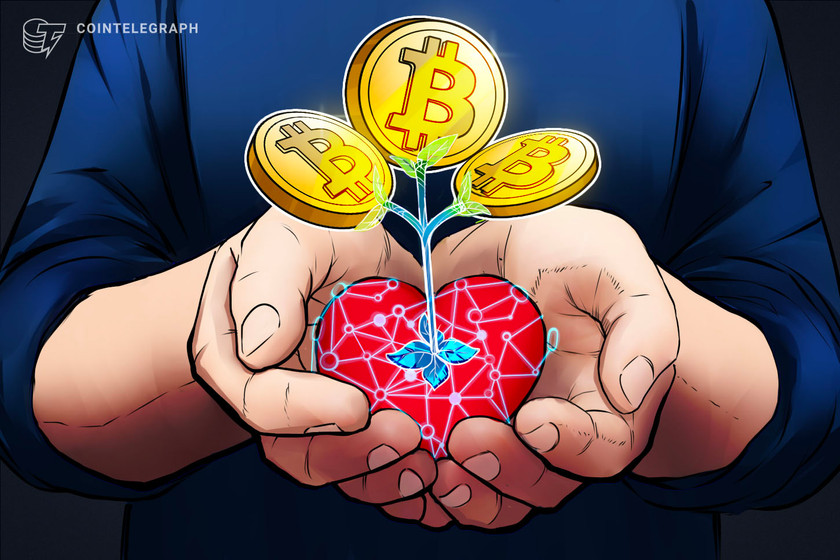 Anyone who holds a copy of the NFT will see it change as the Bitcoin donations come in.

According to a representative for the artist, former Tampa Bay Rays player Micah Johnson, marketplace Async Art will be making NFT artwork available starting on Oct. 29. The NFT is programmed to show the effects that Bitcoin (BTC) donations will have on the two children, represented by a door opening wider with each passing year.

Each year on the boys’ respective birthdays, a BTC QR code will appear directing all NFT holders to make a “Bitcoin birthday contribution” to help them achieve what they want to be when they grow up.

The artwork features a door between an astronaut — many children’s dream job — and the two youths. It even changes from daytime to night. Anyone who purchases a copy of the NFT will be able to alter the digital art in real time for all holders, as each donation causes the door to open slightly wider.

The project states it will store all BTC donations in a hardware wallet as well as a paper wallet, and deliver them on the boys’ 18th birthdays, roughly 11 years from now. Their images will disappear from the NFT at that time as well, representing their dreams fulfilled.

Johnson’s spokesperson said, “The mission of this work started by simply wanting to empower the two youths by letting them see themselves in high-art, but quickly turned into an important use-case for Bitcoin in the black community.”

“[Micah] Johnson is illuminating new and innovative means to combine art and blockchain technology to showcase how Bitcoin has the ability to provide a liberating alternative financial system to the black community, which have notoriously been victims of a racist and oppressive banking system.”

Many in the African American community have invoked Bitcoin amid protests surrounding police shootings. Isaiah Jackson, author of the book Bitcoin and Black America, stated he believes black people in the United States have largely not utilized cryptocurrency to try and achieve financial autonomy.