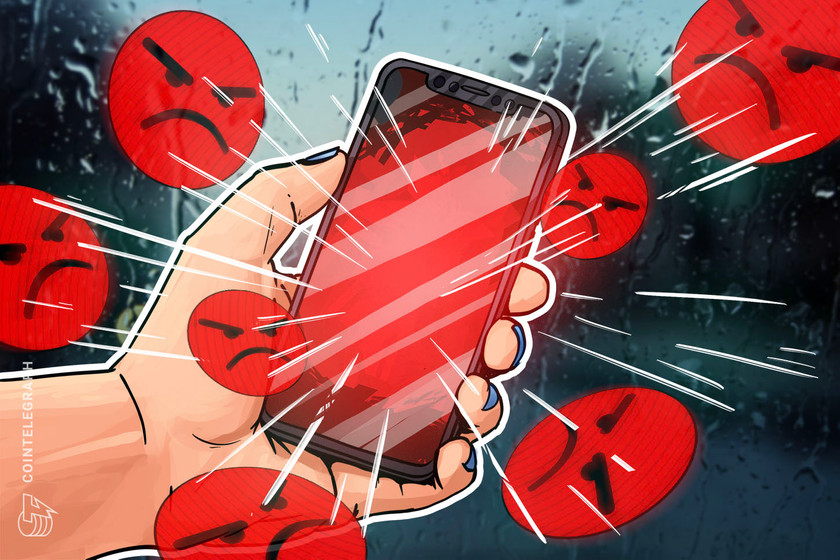 Top Yearn Finance developer Andre Cronje has disappeared from social media due to ‘death threats’ — and now the community is posting ‘Love Letters’ to entice him back.

Cronje said he had received a variety of threats after investors raced into his unfinished and unreleased protocol, Eminence (EMN), which was then exploited and drained of $15 million in late September. The incident transpired while Cronje was sleeping, and he woke up to discover that half of the funds had mysteriously been sent to him by the hacker.

Cronje has not been active on social media since September 29, when he published his roadmap for refunding Eminence investors the $8 million. He noted criticism of the “public nature of this Twitter account and the public nature of my ETH address.”

As I am receiving a fair amount of threats, I have asked yearn treasury to assist with refunding the 8m the hacker sent. The multisig is safer and as such I feel more comfortable with them having the funds. Funds will be returned to holders pre-hack snapshot. https://t.co/wbputn5hYD

On October 9, fellow Yearn developer ‘banteg’ addressed Cronje’s silence, posting: “Andre said he won’t be Tweeting anymore. People got what they asked for.”

Speaking to Cointelegraph, banteg confirmed the threats Cronje had received were serious: “Andre has gone quiet because he has been receiving death threats.”

The developer noted that the actions of the DeFi community amid the Eminence fall out has had a significant impacted on how he views the community, stating:

“Crypto community at large has always been childish and irresponsible, which is the reverse of what Andre has been preaching. This witch hunt is something else, the last week has been very demoralizing.”

“I try to look through the noise and keep building, being around builders helps to level the energy sucked out by other people,” he added.

Cronje’s disappearance from social media has prompted the Yearn community to start a “Love Letters for Andre” thread to show their support for the developer. The thread has so far garnered more than two dozen posts in less than 24 hours. User ‘Wot Is Goin On’ wrote:

“We probably should be talking to our families but instead many of us are taking the time to write a message on a governance forum to a smart contract developer we’ve never met. There’s something special going on here and you kicked it all off.”

User ‘JarJar’ added: “This whole EMN thing was a blessing in disguise. Kill all the hype off, cleanse the community of some price obsessed degens and let the focus return to the building of products and long term community.”

YFI was one of the top-performing markets amid the Q 2020 DeFi bubble, with the token gaining more than 900% in the month of August alone to post an all-time high of more than $43,500 four weeks ago.

YFI has since shed two-thirds of its value, with the token consistently trending downward since the Eminence drama.