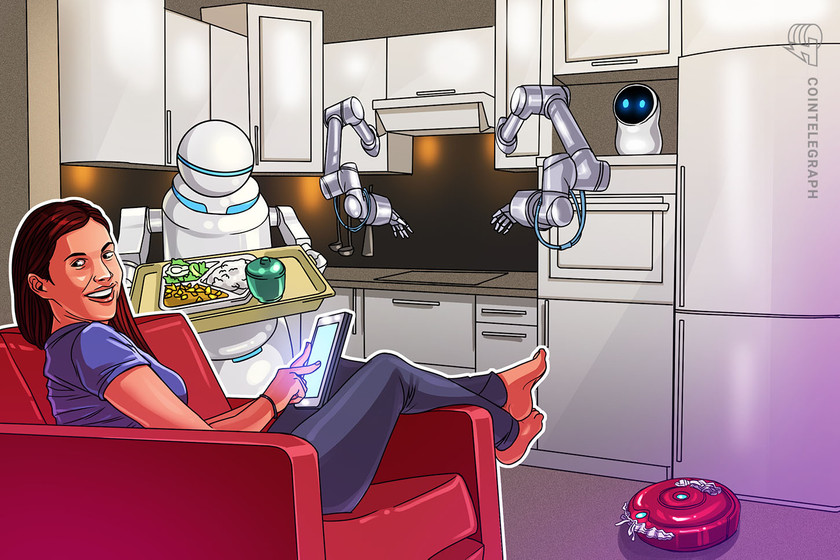 The negative view on automation isn’t the fault of anyone in particular, it’s simply the way that humanity reacts to innovation.

Across numerous industries throughout the decades, there has always been a pervasive fear that robots are going to take our jobs. While there has been plenty of evidence that automation ultimately moves human workers off production lines, automation often needs human interaction in order to operate within acceptable margins. When we think of these robots taking our jobs and get angry, we’re holding on to an antiquated task view of the world that, with or without us, is going to change.

When we think about robots taking our jobs, we layer on a vision of humanoid androids literally doing the tasks we’re doing. While there is plenty of speculation around this type of usurping, we should be thinking a bit smaller in scale. In a physical sense (a robotic arm or something more tangible), robotics and artificial intelligence have already been woven into industries like healthcare and retail. This has changed the workforce, as it has shifted around the implementation of robotic assistance.

While AI is usually the most frequently referenced technology in these scenarios, blockchain could play a role as well. Smart contracts are designed to facilitate the execution of a set of terms between two systems. So, it’s reasonable to imagine a world in which blockchain and crypto technology replace certain management or human resources functions in office settings. Repetitive tasks like, well, task assignment could be handled on the blockchain in the near future.

That’s only part of our robotic future

The smaller-scale applications of robotics — such as AI-enhanced call centers, for instance — are the ones in which most of us will be operating. Within these call centers, as an example, AI will serve as chatbots, voice routing systems and customer-service-enhanced servicing. It will enable customer service agents to be human when needed, while routing and analyzing data to serve both the client and customer. It will be the same for many industries implementing AI systems to handle large sets of data and tedious tasks formerly handled by teams of humans.

It’s losing direct touchpoint visibility to those tasks that creates the fear of job loss. This mindset, or unwillingness to adapt to change and shift how we operate in the workplace, is nothing new. It has been that way since the first automation was introduced on automotive assembly lines. Yet, humans are nimble and have always found ways to adapt. As we see more and more AI systems implemented in order to handle complex tasks with speed, assisting businesses in growth and data management, we’ll see more and more humans being forced to pivot to new roles that may look nothing like anything they’ve ever done.

Economists predict that by 2030, robots will have assumed 20 million jobs from human workers. Considering that the United States is operating right now at record unemployment levels, those are a lot of jobs lost. This is where we need to adjust our thinking. Robots can have those jobs. They should have those jobs. Without it, there is no innovation — there is no change. We invent a process, we perfect that process, and then we implement automation to streamline that process so that we can move on to the next one.

There is always something next

Nearly every robotic process or automation creates a new job for a human. The new normal demands not only human oversight for robotic implementation but complementary roles that will see human jobs created to work in conjunction with these so-called robots. AI needs to be trained, delivery robots need to be maintained, and so on. This isn’t to say that the jobs robots will be taking are not worth the effort of humans to keep for as long as possible.

In order to properly hand off task-oriented and functional jobs to automation, they must be studied, practiced and broken down into singular bits of information that could then be programmatically trained to an AI system or physical robot. With an AI system, that training would evolve into machine learning that needs to be monitored and documented for future use cases and applications.

We have to start coming to the realization that at the current speed of AI as it is being implemented in industries large and small, there will be attrition. There has to be attrition, as this is the only solid path to innovation. This isn’t to say that the only path to innovation is the job loss of human workers or that they should then somehow turn their unemployment into innovative ideas — although, some inevitably will. For instance, robots will force us to evolve in how we operate supply chains and how we communicate with computer interfaces.

This evolution in business processes concerns things like how our smart machines communicate with other smart machines and how AI systems can be utilized to enable sustainable technology in sectors such as energy and manufacturing. These advances wouldn’t exist without fighting through the resistance to automation taking jobs.

The idea of robots taking jobs has always brought with it a generally negative view of the entire picture. The focus is often on a singular job or role that has been replaced by a robot rather than the jobs created by that automation.

The bigger picture is one of change, of a constantly shifting way of thinking and doing business. AI brings with it the ability to analyze unimaginable data sets, automate previously unattainable processes, and bring forward a future that will ultimately provide jobs for everyone.

Dominik Schiener is a co-founder of the Iota Foundation — a nonprofit foundation based in Berlin. He oversees partnerships and the overall realization of the project’s vision. Iota is a distributed ledger technology for the Internet of Things and is one of the largest cryptocurrencies. Additionally, he won the largest blockchain hackathon in Shanghai. For the past two years, he has been focused on enabling the machine economy through Iota.