Crypto ➜ With the rise of NFTs, ‘pay to win’ games have got mightily expensive 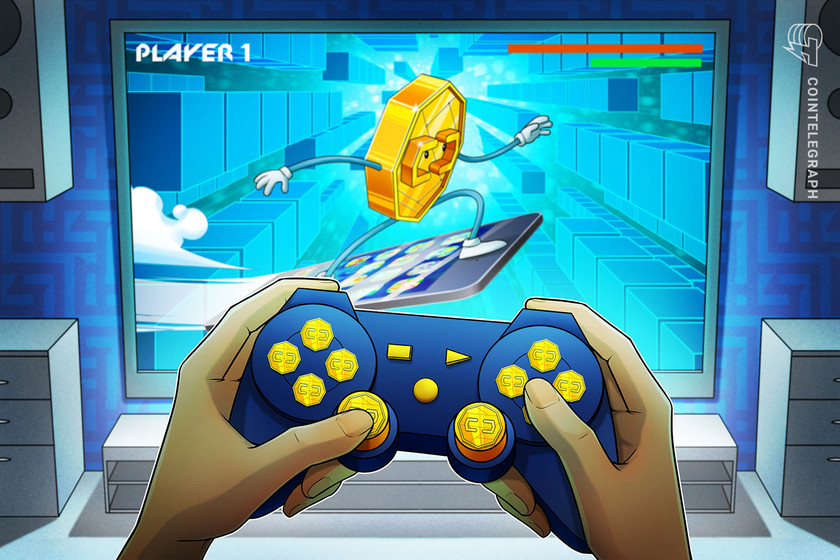 It’s one thing to “win at all costs,” but what if that cost is half a million dollars?

By far the biggest benefit of blockchain gaming being pushed by developers and publishers is the creation of the non-fungible token, or NFT. This technology allows in-game items, from a mystical sword of plenty to that level-99 mage you’ve been grinding, to be represented on the blockchain and freely traded with other players.

NFTs give players who don’t want to put in the hundreds of hours that it has taken you to buff said mage to level-99 a quick and easy route to progress to the later stages of the game.

In some ways this is similar to the “freemium” model of gaming which became popular when mobile games really started to take off. If you’ve ever been playing Candy Crush for free and wondered who exactly is spending $99.99 on the special offer of 200,000 gems, then it’s probably the same person who is willing to fork out for a level-99 mage NFT.

However, there is one big difference. While the $99.99 spent in Candy Crush goes straight to the developer (once Apple has taken its sizeable chunk), the NFT profit comes directly to you, the seller. Great news for gamers, and as long as the game (and marketplace) maintains an active user-base, the developer should make a healthy return from transaction fees.

Enter stage right an announcement unveiling a new “epic” RPG, Mirandus. Of course, “unveiling” does not mean that the game is available to play yet, and on further inquiry, Cointelegraph was told that, “there is currently no playable version of the game. We are in the concept phase and moving to pre-production this year.”

Not much to write about there then. The “big news” is that players will be able to fully own their in-game items as NFTs on the blockchain… but it is a blockchain game after all, so that detail isn’t particularly newsworthy by itself.

As luck would have it, some of the NFTs have already been minted and are available to purchase directly from the developer. What a time we live in, when one can spend money buying in-game items for a video game which is still in the concept phase…

Aside from a few robot body parts, the main NFTs for sale at the moment are the deeds to various property types, ranging from a humble landholding ($50) to one of five ancient citadels ($500,000). The game’s website stresses that “Players are ONLY safe within the walls of a property,” and that, “Better deeds mean better walls.”

So the very best walls and hence be the very most safe will cost half a million dollars. And I thought the person who spent $99.99 on Candy Crush had more money than sense.

Now, many of these blockchain games are built around the concept of having to speculate to accumulate. Reviewing the Upland public beta, I highlighted a guide on how to get the most (return) out of the game on a budget of $10,000.

But half a million dollars? Who is going to invest that much into playing a game? Well, according to Mirandus developer Gala Games:

People who want a strong influence over the game world and have always wanted to develop their own game, but without the cost of hiring an entire development team.

Gala told Cointelegraph that it had no doubt that these NFTs would sell, but if not then, “the kingdoms will remain monarchless until someone steps up to claim their crown.”

While there are opportunities to monetize your citadel by charging other players to use it, the main reason to buy a citadel, other than direct access to the development team, is the associated title and respect.

Well for $49.95 you could buy a plot of land in Scotland, call yourself a Lord, and purportedly get more respect in the real world. But if you really can’t think of any better way to spend $500,000, then I’m not going to stop you.