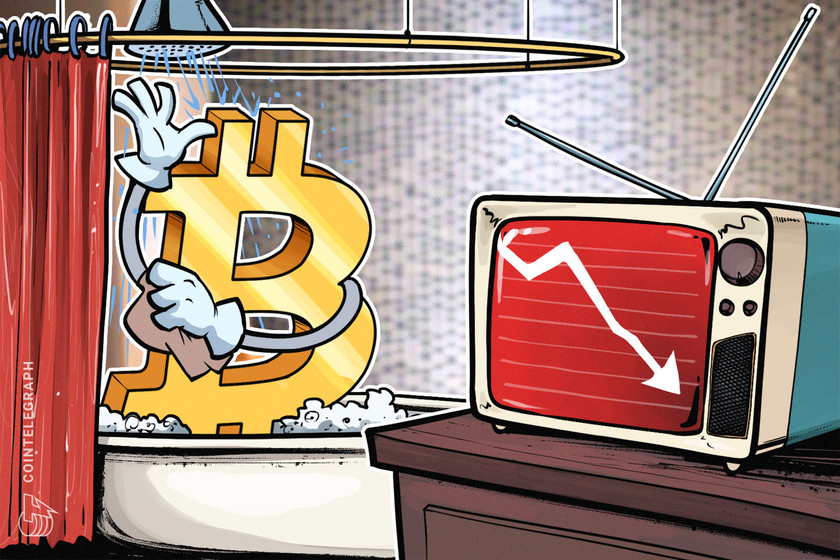 The price of Bitcoin is facing the last major barrier at $16,000 before a potential run to new all-time highs but a 30% correction is also on the table.

The Bitcoin (BTC) price rally halted the moment Joe Biden was announced as the projected winner of the 2020 presidential election during the weekend with price dropping from $15,500 to $14,400.

However, Bitcoin is still continuously showing strength as it’s once again facing the final resistance zone at $16,000.

This final resistance zone is the last major hurdle before a potential run at a new all-time high. However, a pullback is becoming increasingly likely with the Fear & Greed Index currently at the same levels similar to the peak high in the summer of 2019.

The weekly chart also shows support levels if the price of Bitcoin starts to correct. A correction would be relatively healthy is it flips previous resistance levels to become new support.

If a correction occurs, the weekly level of around $11,600-12,000 should be watched as a potential support zone. Such a correction would mean a dropdown of approximately 30% for Bitcoin’s price. A correction of 30% is quite normal as this happened a few times during the previous bull cycle in 2017.

The Crypto Fear & Greed Index is a useful indicator to measure the current market sentiment. In extremely depressed periods, the index uses the color red to mark the overall sentiment.

However, once the overall market sentiment reaches peak high bull phases, including euphoria, the number gets closer toward the maximum value of 100. The current number is 90, or “extreme greed.” This level has only been seen once in the history of this indicator, which was on June 27, 2019.

That date was the actual top for the year, as Bitcoin’s price reached $13,700 and has corrected by 50% since.

Therefore, multiple indicators and areas identify potential resistance zones suggesting that a correction should not come as a surprise.

Bitcoin dominance continues its climb as it always does in the fourth quarter of the year.

Historically, the Bitcoin dominance tops out in December, after which the first quarter of the year is an excellent period for altcoins.

Based on this historical fact, it’s still a time to be cautious on altcoins despite the slight relief rally in the past few days. If Bitcoin decides to consolidate toward the $11,600-12,000 area, there’s almost no chance that altcoins will go up inverse to BTC.

In that perspective, Bitcoin has to establish a range-bound construction giving altcoins some room to catch up.

What’s next for Bitcoin price?

A very likely scenario would be a corrective period after this impulse wave. Such a remedial period would mean stabilization and a natural build-up for the markets, rather than a continued parabolic move.

In that perspective, a massive drop in one wick, which would be quickly bought up, is not unlikely. After that, range-bound and sideways continuation resulting in compression and a built-up toward a strong bullish breakout would be the ideal scenario for the bulls.

The best period to anticipate a potential bullish move for altcoins would be when Bitcoin has finished correcting. Historically, the best period to get into altcoins is December and January, so traders should keep an eye on a possible BTC pullback in the coming weeks should history repeat itself.