Crypto ➜ Trump or Biden? Bitcoin wins regardless of US election — Barry Silbert 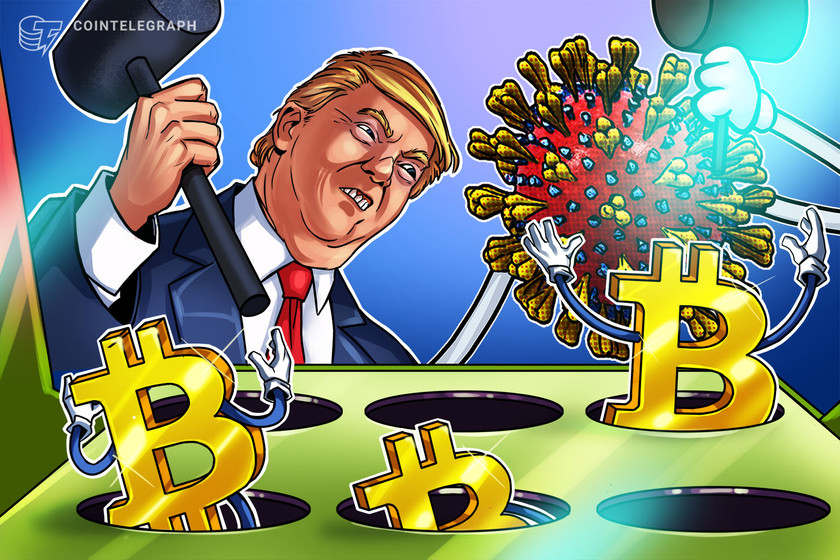 Grayscale CEO says that Bitcoin will win because both a Trump or a Biden election victory would result in more “brrr” or the expansion of the US dollar supply.

Whether it is a Democratic sweep led by Joe Biden or a Donald Trump reelection, Bitcoin (BTC) would likely thrive. Industry executives, including DCG and Grayscale CEO Barry Silbert, say both a Trump or a Biden win would buoy BTC.

The optimistic stance of industry execs despite the glaring election risk comes after Grayscale’s Bitcoin study.

Grayscale, a major cryptocurrency investment firm with $7.6 billion in net assets under management, released a study on Oct. 27 highlighting that the potential market for Bitcoin has significantly expanded in 2020.

The nearly 20% rise represents a substantial increase in mainstream awareness within a short period. It also coincides with the growing demand for Bitcoin from institutions following Bitcoin’s impressive 200%+ recovery since March.

The strong fundamental factors behind Bitcoin and the rapidly growing demand could offset the election risk in the fourth quarter.

For instance, a particularly positive statistic that shows the clear increase in demand for Bitcoin in 2020 is the rate at which individuals interested in BTC become actual buyers.

According to Grayscale, out of the individuals that expressed the intent to invest in Bitcoin, 83% purchased BTC. The researchers wrote:

“Among those who reported investing in Bitcoin, 83% have made investments within the last year, indicating that digital currencies are an increasingly attractive component of modern investment portfolios.”

The higher conversion rate from interested individuals to investors is important because Bitcoin’s potential market has rapidly expanded.

What’s more, the potential market in the U.S. of around 32 million investors does not include other major markets like Europe and Asia.

Meanwhile, the number of investors familiar with Bitcoin has also increased noticeably. The survey found that 62% of investors are now aware of BTC, compared to just 53% in 2019. The study said:

“Based on this year’s survey, the market of potential Bitcoin investors is 32 million strong — compared to 21 million investors just one year ago. This year, 62% of investors reported that they are ‘familiar’ with Bitcoin, compared to 53% in 2019.”

What is the biggest allure of BTC to investors?

The primary reason behind the attraction of Bitcoin remains its exponential growth potential. Yet, in the eyes of institutional investors, it is also a hedge asset.

Bitcoin being a hedge asset against inflation and having demonstrated exponential growth potential makes it a compelling portfolio asset for both institutions and accredited investors.

Consequently, the number of investors purchasing Bitcoin with a fraction of their capital or portfolio and building on top of existing positions has increased as well. The Grayscale research says:

“The factors that drove interest in Bitcoin last year resonated even more with investors in 2020. In 2019, 59% of survey respondents indicated that the ability to start with a small amount and increase their investment over time would be a motivating factor when considering Bitcoin investment products; in 2020, that number increased to 65%.”

The clear spike in interest towards Bitcoin follows a continuous rise in inflows from institutional investors. As Cointelegraph reported, Grayscale added $300 million to its net AUM in one day on Oct. 23 as the Bitcoin price hit new yearly highs.