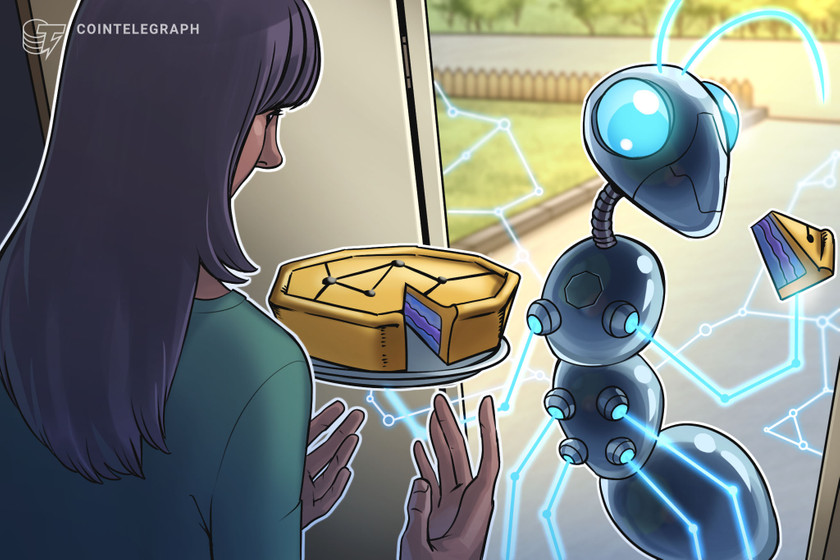 Why do blockchains need transaction fees — and which networks allow crypto to be transferred less expensively? This explained article takes a look.

The two main factors affecting fees are the size of a transaction, and demand for block space.

Given that some networks can only contain a limited amount of data in each block, miners or validators are restricted on the number of transactions they can include.

When there are many users sending crypto funds simultaneously, demand for block space increases, and there are more transactions waiting for confirmation.

Sometimes, demand for block space can get so high that networks experience congestion, and fees surge to unsustainable levels.

Larger transactions require more space in the block and take longer to validate than smaller ones.

Disclaimer. Cointelegraph does not endorse any content or product on this page. While we aim at providing you all important information that we could obtain, readers should do their own research before taking any actions related to the company and carry full responsibility for their decisions, nor this article can be considered as an investment advice.

How do blockchain networks and their transaction fees compare?

Usually, blockchains that can handle greater numbers of transactions per second have lower fees.

Today, there are dozens of popular blockchain projects that charge different transaction fees. A simple rule of thumb is this: the higher the network’s throughput, the lower the transaction fee.

On Ethereum, transaction fees are higher and can surge during congestion on the network. This happened in 2017, 2018 and in mid-2020 during the DeFi craze. This August, fees hit an all-time high — and the record was broken again a month later. Some people were quoted fees of $99, prompting speculation that some protocols would begin to seek alternative blockchains. On Sep. 1, ETH miners pocketed profits of $500,000 in a single hour. Demand for transactions has become a big problem for this blockchain, but it’s hoped that a long-awaited upgrade to Ethereum 2.0 will deliver a better fees system. Ethereum’s co-founder, Vitalik Buterin, has expressed concerns that high fees could encourage selfish mining practices.

As for Bitcoin, the largest cryptocurrency by market cap has also seen a considerable increase in the price of transaction fees this year. They were under $1 in July, surged above $6 in August, and breached $10 at the end of October.

Besides Bitcoin and Ethereum, other blockchains — including Litecoin, Bitcoin Cash, Cardano and Ethereum Classic — have much lower fees of below one cent on average. Tron has even lower fees, similar to Ripple.

Elsewhere, ILCoin also has infinitesimal transaction fees, and it relies on a PoW protocol inspired by Bitcoin. Each block on its blockchain can handle millions of transactions, as opposed to the 2,000 transactions that are included in a typical BTC block. This allows ILCoin to maintain unnoticeable fees — and the company says this comes to 0.0124 ILC for every 10 million transferred. Unlike Ripple, which is a more centralized payment network, ILCoin is decentralized and relies on the RIFT protocol.

How do transaction fees work?

Fees incentivize miners to prioritize transactions with higher fees and add them into the next block.

In the case of Bitcoin, all pending transactions reach a so-called memory pool (mempool) where they wait to be picked by miners and included in the next block. If the mempool is full, miners select transactions with higher fees and leave the rest for the following block. That’s why many crypto users are keen to manually increase fees when their transaction is urgent.

On Ethereum, transaction fees are measured in gas — small fractions of ETH. This blockchain offers more sophisticated features than Bitcoin, such as smart contracts and decentralized applications (dApps), so the fees play an essential role here. However, there can be downsides, especially if a crypto user adds an inadequate gas fee.

In the case of Ripple, there are no miners generating new XRP coins, which is one of the reasons why the transaction fees are next to nothing.

So… what about stablecoins, such as those pegged to the U.S. dollar? Tether doesn’t charge transaction fees when funds are being transferred between two USDT accounts, or any two blockchain-based wallets that are capable of storing this digital asset. However, there can be costs when USDT is being converted back into fiat.

Why do transaction fees exist?

They were initially introduced on Bitcoin as an anti-spam tool, but they turned into one of the most essential attributes of a blockchain.

Initially, transaction fees had the sole purpose of deterring malicious actors from overloading the Bitcoin network. Satoshi Nakamoto, the cryptocurrency’s pseudonymous inventor, was inspired by Adam Back’s hashcash system, which relied on a Proof of Work (PoW) system.

About two years later, Bitcoin developer Gavin Andresen noticed a source code rule that required a minimum transaction fee of 0.01 BTC — that would be an eye-watering $137 at today’s prices.

Back in 2010, this fee didn’t seem like much of an issue. But as time passed, with Bitcoin’s dollar value rising and demand for block space increasing, people realized it was too expensive — especially for those who wanted to send smaller amounts of cryptocurrency.

Bitcoin developers updated the network to omit that rule, and increased the block size through the SegWit2x upgrade. Now, transaction fees can be much lower than 0.01 BTC, and they have become an essential part of the network’s health.

Other blockchains, such as Ethereum and Ripple, also realized the importance of transaction fees and adopted similar strategies to keep miners motivated.

What are transaction fees?

Transaction fees are paid when cryptocurrencies are transferred to another wallet.

Processing transactions on the blockchain takes effort — and these fees are used to compensate the miners and validators who help keep things running smoothly.

Transaction fees can fluctuate based on how busy a blockchain network is, and they can also be flexible. A user who wants their payment to be confirmed urgently can choose to pay a higher fee so miners are incentivized to put their transaction at the front of the queue.

These charges are fixed on most cryptocurrency exchanges, but users may have the option to adjust fees when using certain wallets.