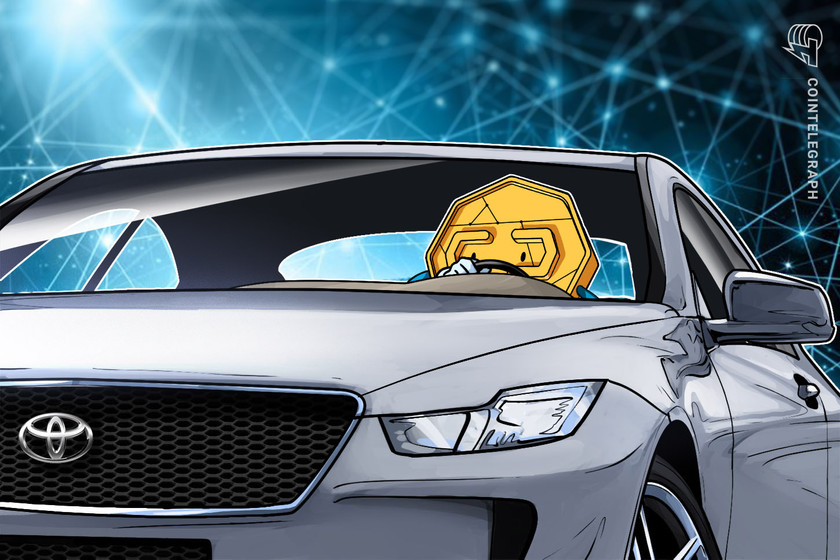 Another automotive company is moving into crypto.

Toyota Systems, the IT arm of Toyota Motor Corporation, is collaborating with Japanese cryptocurrency exchange DeCurret to develop a branded Toyota digital currency, according to an official announcement on Oct. 26.

The large-scale pilot will involve 2,500 employees at Toyota Systems. The platform will feature digital currency payments for benefits.

The new pilot uses DeCurret’s proprietary blockchain-based platform for issuing and managing digital currencies. The pilot will test the scalability of a peer-to-peer model on the blockchain as well as business issues related to payments to a large group of people.

Toyota has been actively exploring the blockchain industry, establishing its own Toyota Blockchain Lab in March 2020. The automotive joined the R3 consortium, a major industry alliance, in 2016.

Toyota is not the only car manufacturer experimenting with blockchain and crypto. Earlier in October, BMW Korea announced it will be the first branch in BMW Group to run a blockchain-based token trial that is expected to fully launch it in the country by the end of 2020. In September 2020, Luxury carmaker Groupe Renault piloted its blockchain project intended to facilitate compliance certification of vehicle parts.