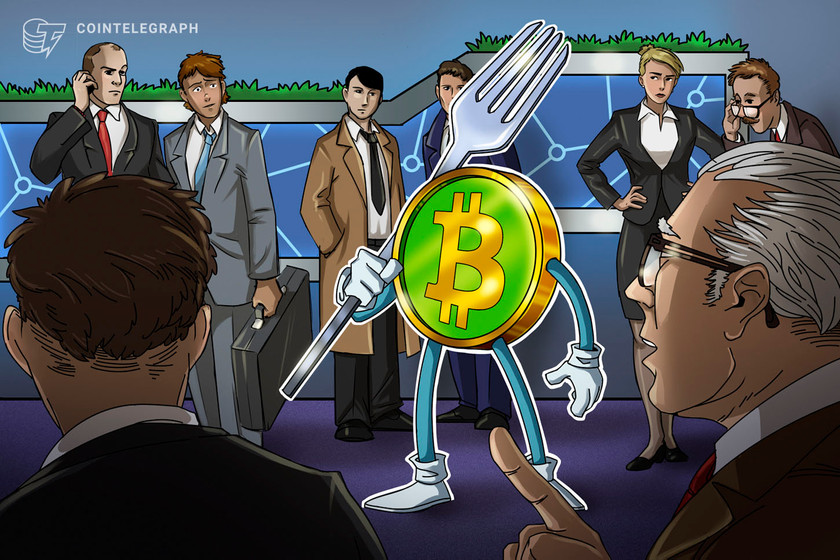 Among the two networks, Bitcoin Cash ABC received very little hash power, while Bitcoin Cash Node obtained the majority, indicating that miners may generally favor BCHN over BCHA. The last common Bitcoin Cash block mined before the fork was by Binance, and the first block that split the blockchain into two was mined by AntPool.

This is not the first time that the Bitcoin Cash community has witnessed a forking event. The network’s very first fork occurred in August 2017, followed by another fork in November 2018, through which it was further split into Bitcoin Cash ABC and the Bitcoin Cash SV (BSV). With the latter token named “Satoshi Vision,” this split was done with the intent to keep Bitcoin true to its original vision of the currency being used for peer-to-peer daily transactions.

Over time, Bitcoin has gained value and received more and more mainstream attention, resulting in the token being used more as an investment vehicle rather than for day-to-day transactions as was initially intended. In addition to a diversion from the original vision, Bitcoin has also faced scalability issues, where the network could not handle a large number of transactions due to its 1 megabyte block size. This resulted in transactions spending a significant amount of time in queues waiting to be confirmed.

This issue was solved by Bitcoin Cash. On its “Stress Test Day,” the number of transactions on the BCH network rose to 25,000 per block with no surge in fees as compared to the 1,000 to 1,500 transactions per block seen with the Bitcoin network. The most recent hard fork on Nov. 15 of this year, however, was driven by motives other than improving the network efficiency.

A hard fork is generally good for a pre-fork asset, as it creates a clear segmentation of the different strengths of the network, allowing participants to choose which of these strengths have a larger impact on them. It also often leads to the value of the resulting coins exceeding that of the original coin. However, due to differences in incentives for the forked coins, one of the coins often begins to take the lead as the other lags behind, losing most of its market capitalization and becoming more prone to 51% attacks.

Implications of the current fork

This particular hard fork was driven by miners being split over the proposed rule that requires 8% of mined BCH to be distributed as BCH ABC for financing protocol development. The developers were split into two groups: BCH ABC, led by Amaury Sechet, who proposed the update; and the Bitcoin Cash Node, who has removed the source code for the additional tax that BCH miners would otherwise incur.

Ashu Swami, chief technology officer of Apifiny, a cryptocurrency liquidity and solutions provider, told Cointelegraph why BCHN is seeing stronger support: “Both the mining camp and decentralization proponents are supporting it. As a result, many reputable exchanges like Coinbase and Kraken have also lent their weight to this side.” He added further: “There is a high chance that the other coin, BCHA, may not survive more than a few months.” A long-time supporter of Bitcoin Cash, Bitcoin.com’s chief operating officer Roger Ver wished the BCHA node luck, indicating that he isn’t a part of the cohort that caused the split.

Since the fork, BCHN’s hash power seems to be the more dominant of the two. Swami believes that the 8% tax on the gross reward for BCHA is the reason, but that might quickly change. He explained:

“What they [miners] will actually do at any given time will depend on the relative rewards of those two coins. Since both BCHN and BCHA will share the same proof of work algo, the hashing power can be very quickly reallocated between these coins. If due to any factors BCHA price stays high enough such that even after 8% tax it has a higher mining ROI than BCHN, then all rational miners will instantly redirect their hashing power to BCHA, unless they are deliberately willing to take the loss to manipulate the price in future.”

Yet, even if BCHA returns are not high enough in the future, the network may not necessarily vanish from the community. Sam Bankman Fried, CEO of cryptocurrency exchange FTX, told Cointelegraph about the possibilities:

“It doesn’t necessarily mean it’ll entirely vanish — there are many examples of minority chains on the fork continuing on — but it certainly looks most likely that BCHN will be the dominant chain going forward.”

Even before the fork, data suggests that 80% of BCH miners were in favor of Bitcoin Cash Node, which is now reflected in the mining data following the fork. Days beforehand, Bitcoin Cash was trading at record lows compared to Bitcoin. The price of BCH then fell to as low as $233.96 before recovering to pre-fork levels post $250.

However, Bankman-Fried explained the underlying reason for the drop: “Through the fork, ‘BCH’ started as ‘BCHN + BCHA’ but ended up just representing BCHN — so its price should drop by the price of BCHA, similar to a dividend or stock split.” Even though the $20 price of BCHA immediately after the fork concurs with this logic, the coin has lost 20% of its value since and is trading at around $16.

The price of Bitcoin Cash has almost recovered to pre-fork levels, but it’s evident that a hard-fork event brings uncertainty to investors and miners alike as to the pre-fork and post-fork coins. Since this particular fork had a centralizing impact on a decentralized network, it seems like a power struggle between miners and developers. Swami expanded on this dichotomy further:

“Giving mining rewards to the blockchain team is going to erode the decentralized nature of the chain and make it more government like. Therefore, there is very little support for this fork. Unfortunately, the development team is the one supporting this fork and to upset this team also does not bode well for the coin. This has created some anxiety in the market about the long term future of BCH or its post-fork coins.”

This uncertainty could be the very reason that the assets under management of institutional investors such as Grayscale Investments’ Bitcoin Cash Trust shrunk by $1.6 million before the fork. This sense of insecurity seems to be absent with retail investors, as they deposited $1.5 million of Bitcoin Cash onto various exchanges prior to the hard fork rather than immediately selling off the asset, as inferred from trading activity by ChainAnalysis.

For now, it seems like the community-driven implementation of BCHN seems to have taken the lead, as can be seen by the higher hash rate. BCHA miners having to pay an 8% tax on mining rewards to the development team leaves the token susceptible to further price instability and even network attacks. Swami believes that the 8% fee is simply too high, considering current miners make around 10% to 15% in gross margin, meaning that 80% of miners are likely to quit the BCHA network to get back to that same margin.