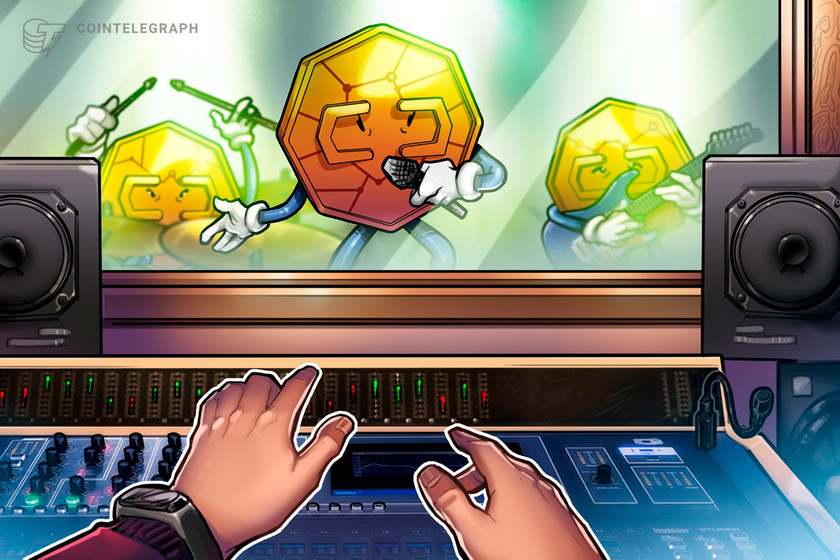 Audius has retroactively distributed $8 million in governance tokens to musicians and listeners who have been using the platform.

The crypto-powered Spotify competitor Audius has retroactively distributed 50 million of its native AUDIO tokens to artists and listeners using the platform.

The distribution came alongside the launch of the AUDIO governance token on the Audius mainnet, with 5% of the token’s initial one billion supply distributed to its “top 10,000 artists & fans.”

Audius seeks to reward content creators and listeners using its governance token, affording them voting rights over how the protocol will evolve in future. The project plans to use blockchain technology to increase transparency and reduce middle-men across the musical supply chain.

However its native token currently only has two uses. It allows AUDIO holders to access an exclusive Discord channel and the token can be staked, with 1.4 million AUDIO currently locked up.

The team is celebrating its mainnet launch with a Twitch stream featuring deadmau5 and RAC.

The algorithm determining token distribution heavily favored artists over listeners, with 75% of the issued tokens allocated to creators based on the number of streams they generated. Follower counts were used to allocate another 10% of tokens, while favorited playlists, number of songs reposted, and number of songs favorited, were used to determine 5% each.

A rather large 40.6% of the token’s supply has been allocated for the Audius team and advisors, including popular artists deadmau5 and RAC, with 36% set for distribution among the platform’s investors, and 17.8% of supply allocated to a community-governed treasury.

The token’s supply is set to inflate by 7% each year for future distributions to users.

With AUDIO currently trading for $0.16, the airdrop was valued at roughly $8 million. The token has a 24-hour volume of $6.6 million, nearly 86% of which changed hands on Binance.

In its whitepaper, Audius criticizes the existing dominant structures in the music industry, and claims it seeks to leverage blockchain technology to pay rewards to content creators and to increase transparency regarding payouts to artists, structures of publishing rights, and other licensing issues prevalent in the sector.

Since launching in September last year, Audius has attracted more than 750,000 monthly active users and generated more than one million streams each month.