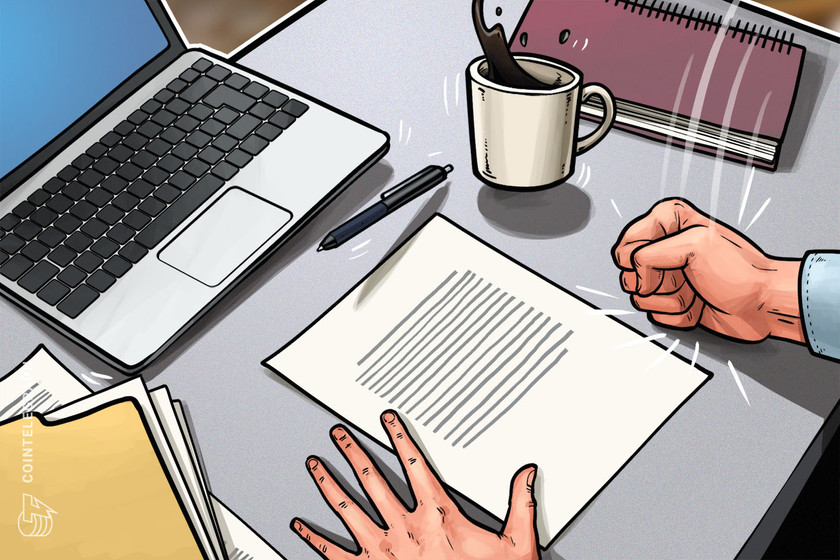 The way OKEx has handled its nearly month-long withdrawal ban has left many of the company’s loyal customers confused and angry.

As the crypto market continues to soar to new heights on a nearly daily basis — with Bitcoin (BTC) currently resting around the $16,100 threshold — the murkiness surrounding cryptocurrency exchange OKEx has continued to linger.

OKEx initiated a crypto withdrawal suspension on Oct. 16, citing the unusual reason that one of the company’s private-key holders had been cooperating with local security agencies, and thus, it was in the best interest of its customers that any crypto movement emanating from the exchange be halted for the time being.

Furthermore, the OKEx team has failed to provide any sort of clarity in regard to the situation. For example, just a couple of days before the company’s withdrawals went offline, unconfirmed reports surfaced that the exchange’s Chinese co-founder Mingxing “Star” Xu was arrested, leading many of the company’s clients to believe that there may be more to the matter than meets the eye.

To get more clarity in regard to this developing situation, Cointelegraph reached out to OKEx. A spokesperson for the firm said that due to the “sensitive nature” of the ongoing investigation, the company is unable to provide any comment at the moment. However, they went on to add:

“We’d like to reiterate and assure all OKEx users that their funds are safe and that all other services remain unaffected. We sincerely apologize for the temporary suspension of withdrawals. Our teams are working tirelessly to restore our services to full capacity as soon as possible. The security of our users’ funds and assets on the OKEx platform remain our first and foremost priority.”

OKEx’s silence has been confusing

It has been almost a month since OKEx announced that it was suspending customer crypto withdrawals, which is a long time, especially for an exchange as big as OKEx. To put things into perspective, on Sept. 17, crypto exchange ZB.com suspended its customer transactions for 48 hours. That was enough for the company to feel strong pressure from its clients, sending the firm’s security team working night and day to resume normal trading services. Omar Chen, CEO of ZB.com, told Cointelegraph:

“The voice of the market has changed a lot in response to the OKEx incident, from the initial sentiment of trust and relaxation of users to many complaints and even anger. All in all, hopefully OKEx will return to normal as soon as possible.”

Ben Zhou, CEO of ByBit — a cryptocurrency derivatives exchange — believes that while matters related to OKEx remain highly uncertain at this point in time, it’s best to not jump to any conclusions, especially as certain key aspects of the matter remain unsubstantiated. He, however, did go on to add: “Trust goes both ways, and is built through transparency. We are convinced that we benefit by keeping our customers in the loop. Leaving them in suspension is not a healthy and sustainable solution.”

It stands to reason that OKEx’s aforementioned black swan incident has had an adverse effect on the market, especially from a regulatory standpoint. OKEx is a very popular derivatives exchange, and in the current crypto investment environment — where demand for many digital assets is increasing daily — its loyal customers seem to have been affected greatly. On the matter, Chen added:

“If OKEx does not survive this incident, it is likely to cause the crypto market to plunge by hurting the confidence of users, which will also affect the popularity and application of digital currencies.”

From a security standpoint, Lior Lamesh, CEO and co-founder of blockchain cybersecurity company GK8, believes that the ongoing OKEx saga is a classic example of exploiting a single point of failure in the exchange’s security architecture. And while this bump in the road might be frustrating for many, Lamesh is of the opinion that any damage in reputation will be limited mainly to OKEx and will not affect the industry as a whole.

Following the incident, Bitcoin’s value was hardly affected, with the currency falling by around 3% right after the announcement, only to rebound almost instantly. This seems to suggest that the digital asset market is now starting to evolve and reach a state of maturity where investors can trust the market to be less volatile during major events. Lamesh added: “With the right custodian infrastructure in place, digital assets still hold solid growth potential in the foreseeable future.”

One potential effect that OKEx’s silence could have on the crypto sector is that it may help users understand that, given what is known about the situation, multisignature or multiparty-computation solutions may not secure enough, as they all tend to share a single point of failure that can be exploited — be it through external hacking jobs or insiders. In that sense, the impact of OKEx’s withdrawal freeze incident is not so much on crypto owners themselves but on the exchanges that manage their funds.

Lastly, the threat of losing or getting one’s crypto assets blocked has been a significant barrier to the entry of professional financial market participants, such as hedge funds and asset allocators.

The custody conundrum has been around for a while, but recently, several new technologies have surfaced — such as decentralized exchanges, decentralized derivatives and oracles — that have sought to address the industry’s current security needs.

Thus, it will be interesting to see how things play out in this regard in the coming few months and to find out what is behind the OKEx withdrawal freeze. Maybe some of the newer technologies can be adopted by centralized exchanges to improve transparency and trust in the aftermath.