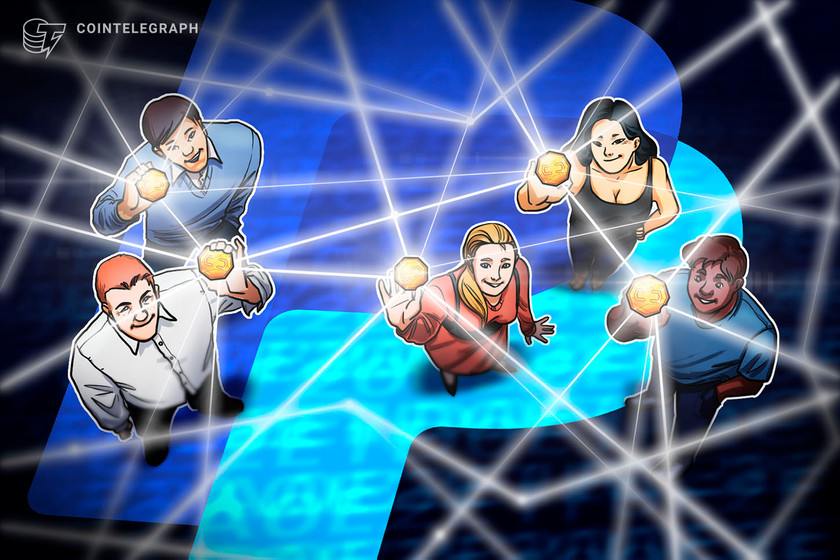 While crypto firms have been trying to build the crypto equivalent of PayPal, the company itself will soon enter the industry.

The crypto world has been buzzing with excitement over the last couple of days, and rightfully so. Bitcoin (BTC) is currently hovering around the $13,000 mark, while Ether (ETH) has once again safely tread past the $400 threshold in spite of the KuCoin exchange hack and the unfortunate legal events that recently unfolded around BitMEX. That being said, this latest surge can largely be attributed to the decision of online payments processor PayPal to finally enter the crypto arena.

Come 2021, PayPal will be allowing its customers to use a number of popular digital currencies such as Bitcoin, Ethereum, Bitcoin Cash (BCH) and Litecoin (LTC) in order to shop seamlessly across its massive network of affiliated merchants. While transactions can be initiated in crypto, payments will only be settled in fiat, meaning that merchants will only receive money in their local currency.

To make all of this possible, PayPal teamed up with Paxos for its custody and liquidity needs. Furthermore, PayPal was able to secure its conditional virtual currency license from NYDFS through the Paxos Trust charter. Charles Cascarilla, CEO of Paxos, told Cointelegraph that teaming up with PayPal to provide customers all over the world with streamlined crypto access will undoubtedly have huge implications for the crypto industry at large. He also stated via a blog post that based on PayPal’s market reputation alone, the crypto industry will most likely experience an unparalleled surge in mainstream awareness.

Similarly, Luke Stokes, managing director at the Foundation for Interwallet Operability and Interim Executive Director for the EOS Foundation, told Cointelegraph that PayPal has not only legitimized the cryptocurrency space for retail user adoption, but also highlighted the importance of timing:

“The time is now and PayPal is looking to get in early with their personalized approach to digital finance. Other financial products and services have an opportunity to step outside of a walled garden that PayPal will be stuck in by integrating with decentralized open finance usability solutions.”

PayPal’s entry could be a game changer

Just a day after PayPal announced its decision to foray into the world of crypto, news broke that the payments giant was exploring various avenues through which it could potentially purchase prominent and soon-to-be-rival Bitcoin custodian BitGo, which was the first United States crypto service provider to obtain a broker-dealer approval, transfer agent registration and trust company recognition.

The move could be pertinent for PayPal, since its new crypto buying and selling platform will effectively transform the company into a digital asset custodian, thus explaining its interest in BitGo. Not only that, the deal could also potentially signal a new era for mainstream crypto legitimacy, as both PayPal and BitGo have made compliance a priority from the very beginning and have been able to secure all of the necessary licenses needed to facilitate various crypto-related activities throughout the U.S.

Lastly, over the last couple of days, certain critics have pointed out that companies such as Square and Revoult are already doing more in terms of providing their users with crypto functionality than what PayPal is planning on implementing. However, the fact remains that there is no other digital financial platform that currently possesses the same type of mainstream market clout as PayPal.

On the subject, Douglas Borthwick, chief marketing officer at INX Limited cryptocurrency exchange, told Cointelegraph that while PayPal’s initial restrictions may be perceived as severely limiting for many crypto purists, it will allow users to interact with, and learn about, crypto as well as be involved with crypto outside of PayPal. “Think of the Paypal environment as being a safe space with training wheels for folks to learn about crypto, before escaping to the real world, where they can experience crypto without limitations,” he proposed.

The last few months have seen many prominent banking institutions dabble with crypto tech as well as various countries experimenting with CBDCs, suggesting that it was just a matter of time until a financial giant like PayPal would make its entry into the world of crypto. João Gomes, head of growth and marketing for Utrust, a crypto payments firm, told Cointelegraph:

“Everywhere in the world, adoption is gaining momentum. We have always believed it was a matter of ‘when,’ not ‘if,’ and PayPal jumping in is just another domino falling. This is the money of the future.”

That being said, Gomes was skeptical about the centralized design of PayPal’s upcoming digital currency system since it completely deprives users of features such as private keys as well as the ability to withdraw their digital assets. Also, the fact that PayPal’s system is not on-chain makes it extremely limited in its overall scope of utilization, especially for seasoned crypto players.

Another pertinent critique could be that when making use of PayPal’s system, users won’t really be buying digital currencies, but getting derivatives — much in the same way as how Revoult’s system works — since they won’t have real ownership of their assets.

Not only that, but for every transaction, the crypto in question will be converted back into fiat for a hefty fee of 2.3% (on transactions of less than $100), since merchants can only receive payments in crypto. This then raises the question of why anyone would choose to pay with crypto with so many add-on fees.

In short, it seems as though PayPal is currently dabbling with digital currencies on the surface without providing users any of the independence that should ideally come with them, according to Gomes: “They actually own the currencies, they intermediate everything, and they even charge you according to their own not-so-clear payment structure. […] They run the show.”

PayPal will need to evolve

It stands to reason that as some of the ongoing hype around PayPal dies out, people may start looking more closely at some of the company’s rivals for possible alternatives. For example, on crypto-to-fiat (and vice versa) transactions between $200 and $1,000, PayPal will be charging a processing fee of 2%. In comparison, one can see that Coinbase charges just 1.49% on transactions over $200. Similarly, Square’s Cash App provides users with dynamic conversion fee rates.

Lior Lamesh, co-founder and CEO of GK8, an Israeli cybersecurity firm, told Cointelegaph that PayPal must avoid the “Not your keys, not your money” pitfall that has already inflicted a great deal of damage on many crypto exchanges in past years:

“By relying on 3rd party custody providers, PayPal is exposing its customers’ digital assets to a serious cybersecurity risk. Therefore, I believe that once this initiative takes off and gains traction, PayPal will eventually shift to a self-managed services model, particularly self-custody: when it comes to a network of over 340 million users, stakes are simply too high.”

Last but not least, PayPal has always been considered as an out-and-out centralized financial platform. Many hardcore crypto enthusiasts who hold transparency and financial freedom in high regard may therefore stay away from the platform altogether. However, it seems fair to say that just PayPal’s market reach alone will do more good than harm for the crypto industry’s mainstream reputation in the long run.