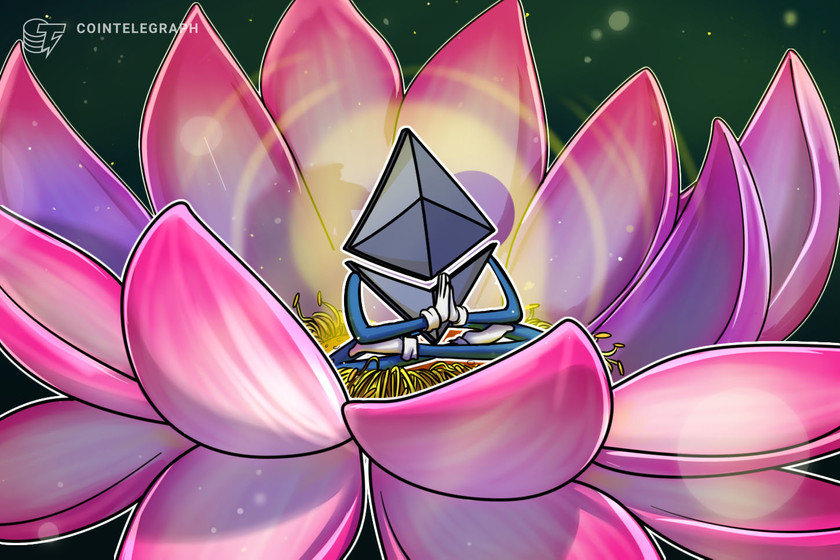 CoinDCX, one of the largest cryptocurrency exchanges in India, is preparing its platform to support ETH 2.0 staking in anticipation of Ethereum 2.0 launch.

As the first phase of Ethereum 2.0 is expected to come on Dec. 1, CoinDCX is now “all set” to introduce ETH 2.0 staking for the global crypto community, the exchange’s executives announced on Nov. 10.

According to the announcement, CoinDCX’s smart contract-based solution will enable users to stake ETH with less than 32 Ether (ETH) — a minimum amount required to participate in ETH 2.0 staking. Neeraj Khandelwal, co-founder CoinDCX told Cointelegraph that the contract will allow users to stake ETH as low as 0.1 ETH up to 1,000 ETH in a single transaction.

The representative emphasized that CoinDCX’s solution allows users to pool any amount in a single transaction, stating:

“ETH 2.0 requires users to hold 32 ETH in order to create validators and participate in staking. This would prevent small time investors from participating in staking. Also, if a user wants to invest more than 32 ETH it is most effective to run multiple validator nodes, adding on to the complexity.”

The new staking option will be coming to CoinDCX in two phases. As part of the first phase, CoinDCX users will be able to start staking their ETH to the platform as early as “next week,” according to Khandelwal. The phase two — that is expected to make the staked funds liquid for at least a year — is planned to go live a few weeks after the ETH 2.0 staking goes live, as Khandelwal added.

CoinDCX’s announcement of ETH2 staking support comes shortly after the Ethereum Foundation finally deployed the deposit contract for ETH 2.0 on Nov. 4. The launch of the contract opened Ethereum’s path to ETH 2.0 by enabling prospective stakers to deposit 32 Ether to the contract to get ready for the launch.

The exchange’s move to support ETH 2.0 staking should apparently bring a significant exposure that is needed to collect a total of 524,288 ETH for launching Ethereum 2.0 Phase 0. As one of the largest crypto exchanges in India, CoinDCX is focused on one of the world’s fastest growing crypto markets. As previously reported, India has seen enormous growth in the crypto industry since its Supreme Court removed a two-year ban on banks servicing crypto exchanges in March 2020.

CoinDCX has already been offering some staking services on its platform so far. In August 2020, CoinDCX debuted its crypto staking service, introducing staking for altcoins like Harmony (ONE) and QTum (QTUM).