Crypto ➜ Get ready for US elections: 5 things to watch in Bitcoin this week 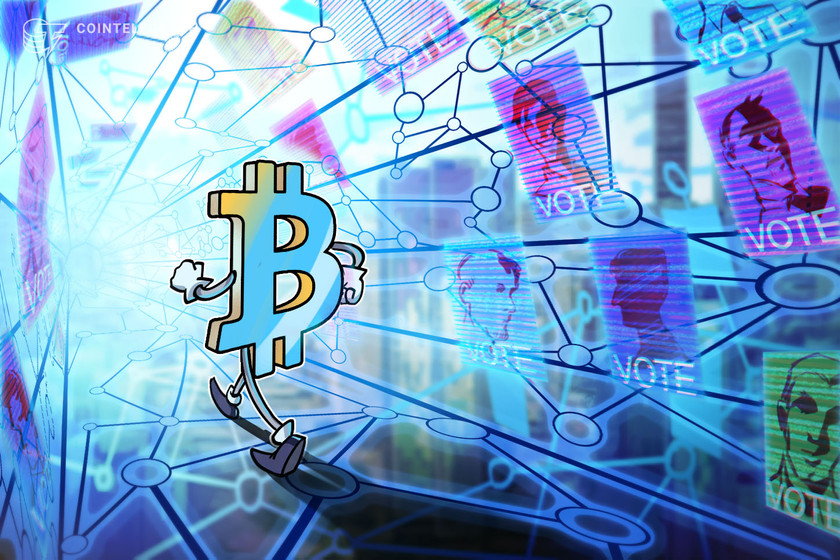 Bitcoin (BTC) starts a new week and month just dollars away from its highest monthly close in history — what’s in store next?

Cointelegraph takes a look at five price factors which may influence BTC/USD as the U.S. goes to the polls and coronavirus sparks new Europe-wide lockdowns.

This week contains a geopolitical event which traditionally plays havoc with markets: the U.S. presidential election.

Coming at a time when coronavirus angers and restricts daily life for many U.S. citizens, markets will be keenly watching the result for clues as to the incoming president’s future policy.

The implications are not just social. Economic firsts have accompanied the virus, with consequences including companies ditching fast-inflating cash for Bitcoin.

As Cointelegraph reported, analysts believe that regardless of who wins, the result will be a boon for safe havens such as gold. Bitcoin, despite becoming less tied to macro markets in general, may yet react to moves in the strength of the U.S. dollar.

On Monday, the U.S. dollar currency index (DXY), an indicator with which BTC/USD has shown inverse correlation, continued a week-long climb to rise above 94.

Zschaepitz had noted over the weekend that Bitcoin was rising in tandem with negative-yielding debt volumes worldwide. Global bonds with negative yields — where the lender literally pays the borrower — had fallen from a record $17 trillion to $12 trillion by late 2019, only to rise again this year.

“Negative yields are good for Bitcoin, which does not yield any interest itself,” he explained.

Beyond the U.S., the situation for markets in Europe looked bleak thanks to coronavirus lockdowns returning across the continent.

Amid fresh warnings of contractions in economic activity due to the measures, markets began shrugging off even bullish signs in favor of reducing potential election fallout.

Zschaepitz noted that German stocks alone lost $4.1 trillion in value last week, the most since the March crash.

For Bitcoin proponents, the time was as right as ever to buy, as the European Central Bank (ECB) confirmed more stimulus and more money printing.

“The crazy news is that the businesses which have to close will get up to 75% of their revenue in freshly printed money,” the trader highlighted.

Focusing on Bitcoin-specific price triggers, the weekend’s action allowed yet another so-called “gap” to open up in futures markets.

Gaps are formed when the end of one week’s trading is at a different price point to the start of the next. Historically, BTC/USD moves to revisit the levels left out by the weekend, whether those are higher or lower than Monday’s spot price.

As noted by market analyst Zack Voell, four small gaps have appeared on CME Group’s Bitcoin futures market — every weekend for the past four weeks has produced one.

“CME bitcoin futures opening with a gap up for the fourth consecutive week. That’s pretty bullish,” Voell commented. A subsequent shift down during Monday trading closed a gap in the low $13,700 range.

As Cointelegraph reported, only a small gap at $16,000 remains higher up on the historical Bitcoin price chart, while lower down, a gap at $9,600 failed to get filled the last time that Bitcoin briefly dipped below $10,000.

On the topic of institutions, analysts remain bullish over Bitcoin’s monthly close, despite the largest cryptocurrency narrowly missing out on setting an all-time high.

As Cointelegraph reported, BTC/USD closed out October just dollars away from its highest end-of-month level ever.

For veteran trader Peter Brandt, who correctly forecast various Bitcoin price events before they happened, the results were more than promising.

Specifically, institutions would see the monthly close figure as an essential tool for reinforcing bullish sentiment. Bitcoin began October trading at around $10,750.

“Bitcoin’s closing price in Oct was within dollars of the highest monthly close EVER. Why do monthly prices matter? B/C month-end asset valuation is how institutional participants appraise their holdings & investments.”

On the weekly chart, meanwhile, $14,000 remains as clear resistance, with only a brief wick over the weekend providing any clues of strength to flip the level to support. Beyond $14,000, very little remains in the way of Bitcoin rising towards its “ultimate” resistance at all-time highs near $20,000.

Fundamentals set to shake up mining

Difficulty, a measure of the competition and economic health of miners and an essential part of Bitcoin’s self-maintaining ecosystem, is set to drop by the most since March on Tuesday.

At -14.27% according to publishing-time estimates, the difficulty will mimic its losses following the cross-asset crash induced by the coronavirus.

The phenomenon is not necessarily bad. Lower difficulty means easier participation for smaller miners, while increased participation overall will lower Bitcoin transaction fees and decrease block times, both of which have risen sharply over the past two weeks.

Like difficulty, the network hash rate also continues to decline, down from a record weekly average of 146 exahashes per second (EH/s) to 107 EH/s at press time.