Crypto ➜ Future elections could be held on the Cardano blockchain, says Hoskinson 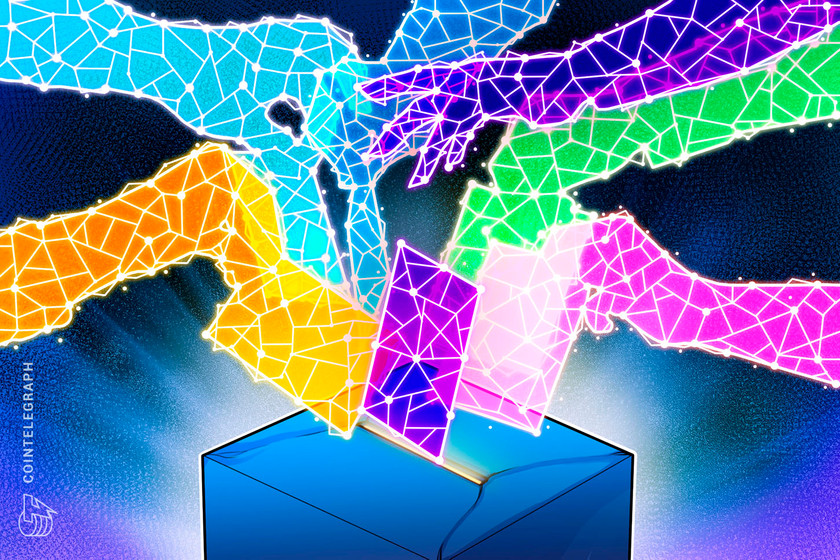 That being said, scaling decentralized e-voting systems is a complex task.

In an interview with Cointelegraph, Charles Hoskinson suggested that a Cardano-based solution might make blockchain voting possible for future national elections. He stated: “Not only do I believe — we’ve been building the infrastructure for that.”

Hoskinson acknowledged that the road to Cardano-based elections would be gradual and require a number of experiments. He suggested that it could start with third parties using the network for their primaries, before escalating to municipal and state elections. From there, he supposed the network could be utilized in national elections for countries that struggle with legacy systems:

“I think it’s entirely possible in three to five years that we can take that test back and sell it to the government of Ethiopia, for example, or the government of Georgia. And they’re in the business of looking for new voting systems because they’re having so much problem with census and registration and fresh and free elections.”

He also noted that IOHK has an entire team based in Lancaster, England that regularly publishes e-voting research. Hoskinson admitted, however, that scaling a blockchain-based voting system would be tricky. Creating a platform that is sufficiently focused on privacy and auditability would require a lot of cryptographic overhead:

“If you’re just doing a general election where you don’t care about privacy, you’re counting votes, you can do a billion people. When you want an election where I can verify it, but I can’t prove to an outside party that’s who I voted for, but at least I know my vote is counted and I want my privacy and I want a paper ballot back up. And then that’s when you get into a situation where you go from billions to thousands, and you have to shard it.”

Meanwhile, Project Catalyst has allowed Cardano entrepreneurs to pitch projects to the community for funding. Catalyst lays a path for the type of on-chain governance that is expected to be implemented when Cardano enters its Voltaire era.

The video of this interview will be available on Cointelegraph’s YouTube channel soon.