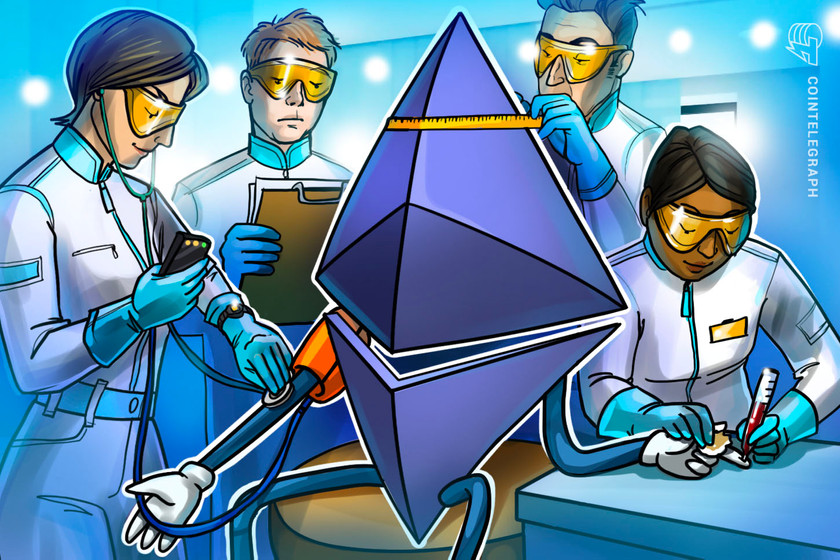 Consolidation from Bitcoin would allow Ethereum to double bottom in its BTC pair and possibly breakout from the ascending channel in its USDT pair.

In the past week, altcoins prices received a significant haircut, and investors who were light on Bitcoin (BTC) saw their portfolio value take a hit.

Initially, Ether (ETH) price followed Bitcoin higher as the top-ranked digital asset rallied through the $12,000 resistance but as BTC continues to slowly push higher Ether struggled to flip $400 to support.

Ether’s loss of momentum and the correction in altcoins has led to a number of crypto traders tweeting that altcoin season is done and many are citing the bearish price action in the ETH/BTC pair as evidence for this point of view.

Looking at the ETH/BTC weekly chart, traders will notice that the pair is on the verge of dropping below the ascending trendline and high volume VPVR node at 0.027294 sats.

Losing this level opens the door for a further decline to 0.024519 sats and below this Ether is approaching yearly lows near 0.0160 sats.

The bleeding looks set to continue until the price reaches the 0.029536 sats level, but the current daily candle is beginning to form what looks like a double bottom and there appears to be an oversold bounce taking place as the RSI is rising from 28 on the daily timeframe.

The signal line and MACD of the moving average convergence divergence indicator are still in steep decline and the absence of strong buy volume decreases the chance that short-term trend-reversal is in the making.

Perhaps if Bitcoin price entered a period of consolidation for the next few days the ETH/BTC pair could recover some lost ground but this seems unlikely at the moment.

There’s hope in the ETH/USDT pair

The ETH/USDT pair paints something of a different picture as the pair continues to make daily higher lows and the price action is following the support and resistance trendlines of the ascending channel.

The channel support rides alongside the 100-day moving average and once Ether is able to hold $400 as support $405 and $417 are the next hurdles the altcoin must overcome.

The price action within ascending channels is pretty easy to track and the 4-hour chart shows the MACD converging with the signal line as the selling tapers off and the RSI is rising toward 45.