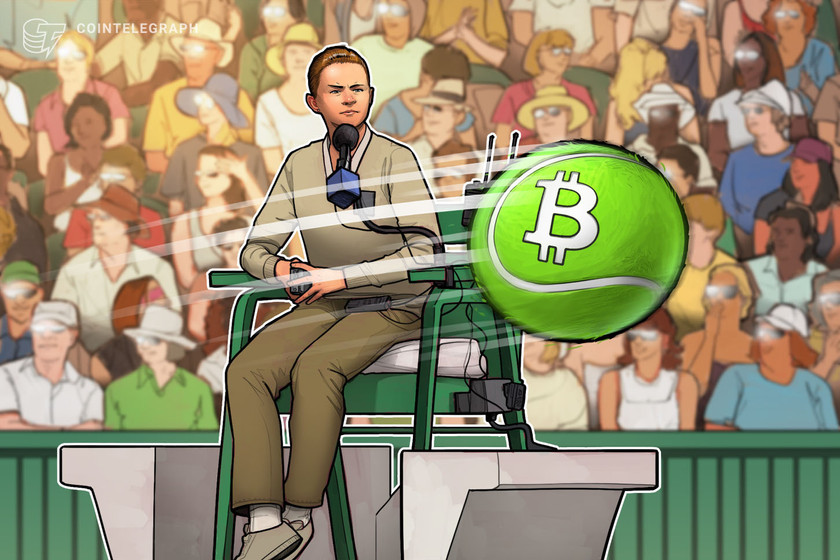 The price of Bitcoin rose 2% in 30 minutes as the election causes massive volatility in the U.S. stock market.

The price of Bitcoin (BTC) rose by 2% in just 30 minutes right as the United States’ stock market rang its opening bell on Nov. 3. During pre-market, the Dow Jones surged by over 350 points as the U.S. election day triggered massive volatility.

The four reasons that likely led to a Bitcoin uptrend in such a short period are the election, a stocks upsurge, negative funding and rising exchange outflows.

The U.S. election is today, but the result is not a foregone conclusion. Polls suggest Joe Biden has a lead in major swing states.

The election is positive for Bitcoin for two reasons. First, either a Biden or a Trump win would benefit BTC in the short term, according to industry figures.

“Both political parties are addicted to the Fed’s money printer, so regardless of who wins the election, the only real, long-term winner will be #Bitcoin.”

Tom Lee of Fundstrat Global Advisors said stocks might rally 10% with a Biden win. In that case, risk-on assets would likely rally, eventually benefiting Bitcoin. But, if Trump wins, Lee said stocks might see even a bigger rally of 15% to 17%.

Meanwhile, Goldman Sachs issued a note earlier this month suggesting that “a blue wave would likely prompt us to upgrade our forecasts.” Although experts are divided on the potential impact of the election on the stock market, it seems both scenarios would be beneficial for BTC by the year’s end.

Although Bitcoin has shown dwindling correlation with U.S. stocks in recent weeks, during an uptrend, BTC and stocks are likely to increase in tandem. While Bitcoin is viewed as a store of value, both BTC and stocks are still risk-on assets.

A rising stock market could mean the markets are ambivalent about the eventual winner of the election.

When the abrupt Bitcoin upsurge occurred, the funding rate of BTC futures on Binance Futures was below 0%.

Cryptocurrency futures exchanges implement a mechanism called “funding,” which incentivizes the minority of the market. If the number of short-sellers is higher than buyers or long holders, then sellers have to pay buyers fees every eight hours.

But when the price of Bitcoin goes up and there is also added incentive to long or buy BTC, a short squeeze could occur. Considering that BTC rose by 2% in under an hour, the dominant cryptocurrency saw a large short squeeze.

According to the data from CryptoQuant, an on-chain market analysis firm, exchange outflows just recorded the biggest spike this year at roughly 30,000 BTC.

Traders deposit Bitcoin into exchanges when they want to sell their holdings. Hence, when capital flows out of exchanges, it means traders, whales and retail investors intend to hold their BTC holdings for a prolonged period.