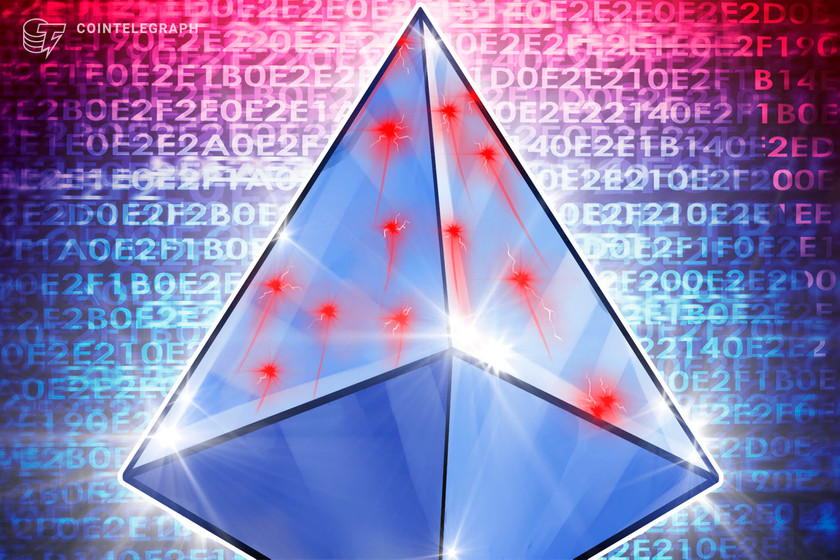 The price of Ethereum’s Ether is continuing to show weakness against Bitcoin despite its latest rally above $400.

ETH weakness is also a clear indication that most altcoins are not showing strength either since they tend to reflect Ether’s performance.

The 0.03 sats level is a crucial barrier to hold

The daily chart of ETH/BTC shows a clear rejection at the 0.0325 sats level, through which a renewed test of the 0.03 sats area is occurring. A very likely occurrence is the breakdown of this level as the trend has been to the downside since 0.04 sats.

This massive rally upwards reflected Bitcoin’s strength as BTC rallied towards $12,000 and Ether towards $450, though the latter has remained in a general downtrend against BTC in recent years.

Interesting weekly levels to watch on the ETH/BTC chart

The levels to watch are relatively easy to spot on the weekly timeframe. If the correction goes further on ETH/BTC pair, a correction towards 0.026 sats seems likely.

That level is a crucial pivot through multiple arguments. The first one is the 100-week moving average (MA), which is lying around that area. This MA should provide consistent support, after which a breakout above the 200-week MA would signal further bullish momentum for Ether.

However, before the breakout, the previous resistance zone is also lying around 0.026 sats, through which a beautiful support/resistance flip can occur, signaling upward continuation.

Overall, the ETH/BTC has broken out of a one-year accumulation range, establishing a new higher high. A retest of the previous resistance zone for confirmation of support is therefore not unlikely.

December/January are the months to get into ETH

As history shows, the best period to buy Ethereum has been in December and January.

Markets tend to move in cycles, and within cycles, some smaller cycles also come into play. In the cryptocurrency market, cycles exist and occur every few months.

One of those cycles is the confirmation and bottom construction for ETH price, which can signal a potential rally for altcoins. In the past five years, this bottom construction was established in December and January, after which significant surges occurred.

Bitcoin dominance still eager for a test of 65-67% level

Bitcoin’s market cap dominance is climbing,  which is similar to other fourth quarters in previous years.

Bitcoin dominance broke below 65-67%, after which a rally across the altcoin markets occurred. However, there has not been any retest confirmation that this downtrend is active.

It’s hard to determine the significance of such a retest (as Bitcoin dominance is not a tradable asset), but the dominance is in a decent position to rebound.

However, if the dominance can’t break above 65-67%, further downward continuation is likely to occur, which may give room for altcoins to rally heavily.

Crucial level for ETH/USD to hold

The ETH/USD chart is showing a clear breakout above the $380-385 resistance area, with the price of Ether rallying above the $400 mark.

However, to confirm the breakout, the $380-385 area has to now serve as support. If that area fails to become support, the likelihood of deviation above the range becomes relevant.

That’s still not a bad case for the bulls, however, as the markets are always eager for retests of the $260 and $290 levels. Whether those levels will get tested is another matter. But eyes should first be on the $380 area to hold as support.

If the $380-385 area holds, a potential continuation towards $440 is on the boards. The next question then becomes whether this resistance area can break to the upside, signaling further strength.

However, as discussed earlier, this is heavily dependent on whether ETH/BTC starts to show strength.