Crypto ➜ CZ and Vitalik agree blockchain based voting is a must 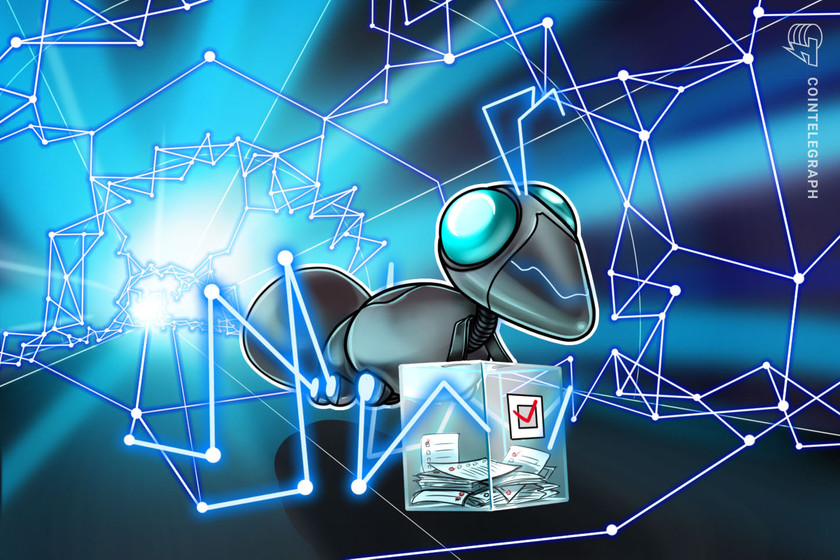 Binance’s chief executive CZ and Ethereum’s co-founder Vitalik Buterin are in furious agreement that a new blockchain-based voting system is required to improve democratic processes in the United States. But one won’t be as easy to implement as many think.

Responding to prolonged uncertainty over the result of the controversial 2020 U.S. presidential election, CZ tweeted thnow is the right time for developers to build “a blockchain based mobile voting app.”

Binance’s CEO argued that such a voting system would reduce the time taken to confirm the outcome of an election, enhance voters’ privacy, and eliminate questions surrounding the validity of results.

CZ urged urged developers to begin working on such a system:

“Develop something now, get it approved (obviously hardest step), and get 300 million plus (fully KYC’ed) users in 4 years time. Any capable developer should be willing to do it ‘for free’.”

Buterin shared the post, although he added that it isn’t going to be an easy task:

“The technical challenges with making a secure cryptographic voting system are significant (and often underestimated), but IMO this is directionally 100% correct.”

He clarified that a cryptographic approach doesn’t necessarily mean a blockchain approach, although he explained it could be used to “maximize anti-censorship guarantees.”

While such systems can resolve the question of “was every vote counted” they aren’t yet able to solve the problem of determining whether the votes were valid in the first place.

Ultimately, Buterin said, it shouldn’t be hard to improve on the current system:

Beating 73% accuracy is not hard.https://t.co/zt9bn1IBQZ

Cardano founder Charles Hoskinson also believes blockchain voting is the right path to travel, last week suggesting that Cardano had been “building the infrastructure” for this specific use-case.

Not everyone is on board. The CEO and founder of MyCrypto Taylor Monahan countered that with the number of security issues facing current blockchain and cryptocurrency networks, the community is not ready for “blockchain democracy.”

Last week, Overstock chief Jonathon Johnson said that Voatz, the voting app backed by Overstock’s subsidiary Medici Ventures, could have solved the problems facing the current election during an earnings call on Oct 29.

However, Voatz has been criticized for exhibiting security vulnerabilities, with MIT security researchers condemning the app’s cybersecurity safeguards earlier this year.