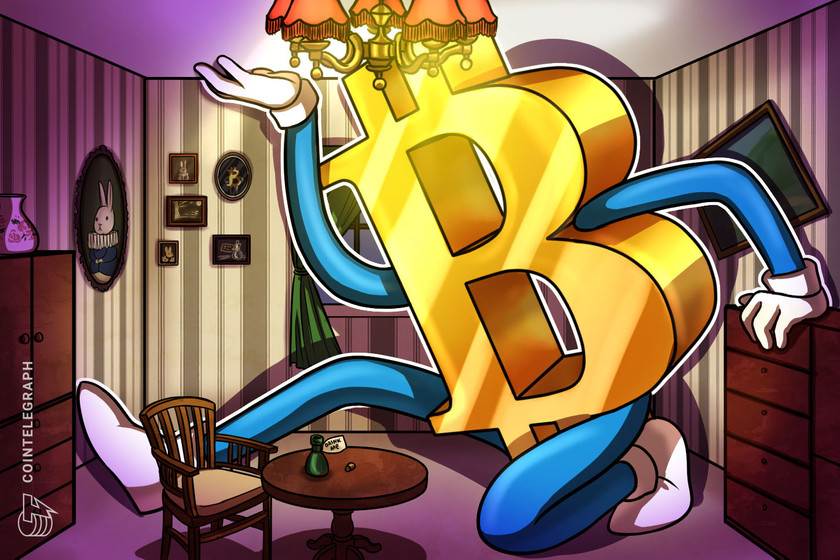 Traders are becoming cautious about Bitcoin price after repeated rejections at the $11,500 level following the recent rally.

After the price of Bitcoin (BTC) achieved $11,720 on Binance, traders began to turn slightly skeptical on the dominant cryptocurrency. Despite the initial breakout above two key resistance levels at $11,300 and $11,500, BTC recorded several rejections. While it might be premature to predict a marketwide correction, the level of uncertainty in the market seems to be rising.

In the short term, traders pinpoint the $11,200 to $11,325 range as a critical support area. If that region holds, technical analysts believe a significant price drop is unlikely. But if Bitcoin demonstrates weakening momentum below $11,300, the market would likely become vulnerable. Although the technical momentum of BTC has been declining, traders generally see a bigger support range from $10,600 to $10,900.

Considering the array of positive events that buoyed the price of Bitcoin in recent weeks, a near-term pullback could be healthy. On Oct. 8, Square announced that it purchased $50 million worth of BTC, reportedly 1% of its assets. Then, on Oct. 13, it was reported that Stone Ridge, the $10 billion asset manager, invested $115 million in Bitcoin. The market sentiment is highly optimistic as a result, and a sell-off to neutralize market sentiment could be positive.

Cryptocurrency traders and technical analysts are cautious in the short term, but not bearish enough to predict a clear top. Bitcoin has been ranging below $11,500, but it has also risen 5% month-to-date from $10,800. At the monthly peak, BTC recorded an 8% gain, which is relatively high considering the short period. As such, while the momentum of Bitcoin has dropped off in the past 36 hours, it is difficult to forecast a major pullback.

Michael van de Poppe, a full-time trader at the Amsterdam Stock Exchange, sees a healthy ongoing trend in the broader cryptocurrency market. The trader pinpointed that BTC could see a drop to the $10,600 to $10,900 support range, but the combined market cap of cryptocurrencies is clearly on track for an extended upwards rally, he said, adding: “Very healthy construction going on here. A higher-high made after a higher low was created. Just another range-bound period before breakout above $400 billion. The next target zones are $500 and $600 after that. But very healthy upwards trend.”

Edward Morra, a Bitcoin technical analyst, cited three reasons for a pullback to the $11,100 level, noting that BTC hit an important “daily supply” level when it rallied to $11,700. This means there was significant liquidity, which was also a heavy resistance level. Morra also said the 0.705 Fibonacci resistance and the “R1 weekly pivot” make a drop to $11,100 more likely in the near term.

A pseudonymous trader known as “Bitcoin Jack,” who accurately predicted the $3,600 bottom in March 2020, believes that while the current trend is not bearish, it’s not primed for a continuation either. BTC rejected the $11,500 to $11,700 range and has been trading under $11,400. He said that he would likely add to his positions once an upward price movement becomes more probable. The trader added: “Been reducing some on bounces — not too convinced after the two rejections on the two lines above price. Will add again as continuation becomes more likely.”

Although traders seemingly foresee a minor price drop in the short term, many analysts are refraining from anticipating a full-blown bearish rejection. The cautious stance of most traders is likely the result of two factors that have been consistently emphasized by analysts since September: BTC’s strong 15.5% recovery within merely 19 days and little resistance above $13,000.

Technically, there is no strong resistance between $13,000 and $16,500. Because Bitcoin’s upswing in December 2017 was so quick and strong, it did not leave many levels that could act as resistance. Hence, if BTC surpasses $13,000 and consolidates above, it would raise the probability of a retest of $16,500, and possibly the record high at $20,000. Whether that would happen in the medium term by the end of 2021 remains unclear.

“Byzantine General,” a pseudonymous trader, said $12,000 is a critical level. A rapid upsurge above the $12,000 to $13,000 range could leave BTC en route to $16,500 and ultimately to its all-time high. The analyst said: “Volume profile based on on-chain analysis. 12K is such an important level. It’s pretty much the only resistance left. After that it’s clear skies with only a minor speed bump at 16.5K.”

Cathie Wood, the CEO of Ark Invest — which manages over $11 billion in assets under management — also pinpointed the $13,000 level as the most important technical level for Bitcoin. As previously reported, Wood said that “in technical terms,” there is little resistance between $13,000 and $20,000. It remains unclear whether BTC can regain the momentum for a rally above $13,000 in the short term, leaving traders cautious in the near term but not strongly bearish.

Variables to sustain the momentum

Various on-chain indicators and fundamental factors, such as HODLer growth, hash rate and Bitcoin exchange reserves indicate a strong uptrend. On top of that, according to data from Santiment, developer activity of the Bitcoin blockchain protocol has continuously increased: “BTC Github submission rate by its team of developers has been spiking to all-time high levels in October. This is a great sign that Bitcoin’s team continues to strive toward higher efficiency and performance going forward.”

There is a possibility that the optimistic fundamental and favorable macro factors could offset any technical weakness in the short term. For alternative assets and stores of value, like Bitcoin and gold, inflation and negative interest rates are considered persistent catalysts. The United States Federal Reserve has emphasized its stance on retaining low interest rates for years to come to offset the pandemic’s effect on the economy. Recent reports indicate that other central banks might follow suit, including the Bank of England as it’s deputy governor Sam Woods issued a letter, requesting a public consultation, that reads:

“We are requesting specific information about your firm’s current readiness to deal with a zero Bank Rate, a negative Bank Rate, or a tiered system of reserves remuneration – and the steps that you would need to take to prepare for the implementation of these.”

In the medium term, the combination of positive on-chain data points and the uncertainty surrounding interest rates could continue to fuel Bitcoin, gold, and other safe-haven assets. That could coincide with the post-halving cycle of Bitcoin as it enters 2021, which historically caused BTC to rally to new record highs. This time, the market is buoyed by the entrance of institutional investors as evidenced by the high volume of institution-tailored platforms.