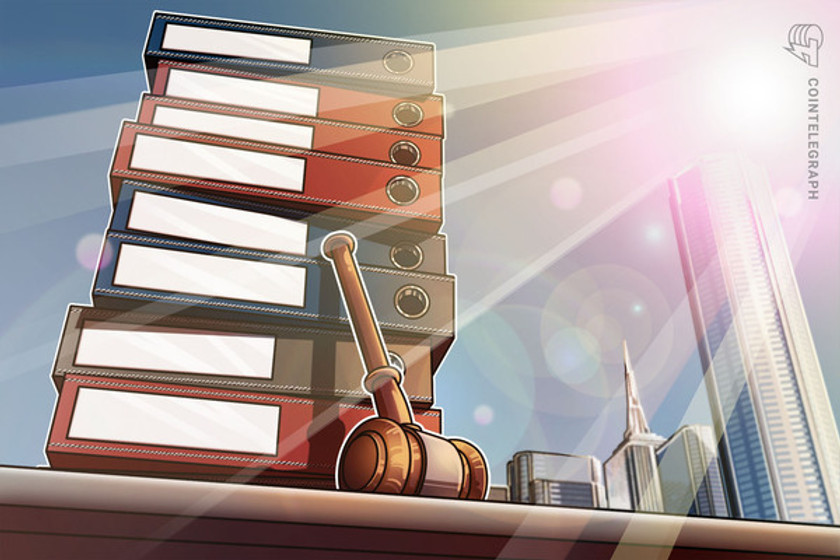 The DoJ’s guidance around cryptocurrency enforcement, that cites “crime” and “criminals” 168 times, has been poorly received.

The new cryptocurrency enforcement guidelines by the Department of Justice (DoJ) have received a negative response from segments of the crypto community.

Citing the words “crime” or “criminal” 168 times in the 83-page document, many in the community have interpreted the DoJ’s position as a direct attack on crypto that labels the entire sector as an avenue for crime.

Coinshares’ CSO Meltem Demirors described the policy document as “a commercial reel of every financial crime known in crypto,” asserting that the DoJ’s over-emphasis on providing examples of criminal use-cases for crypto fails to address the myriad of legitimate utilities for crypto assets.

This sentiment was echoed by many on Twitter, with fairly typical response coming from ‘CryptoPennyCO25’ who believes the DoJ report is simply trying to paint crypto in a bad light:

Justice Department with more negative spin on how cryptocurrency is a tool of terrorists, rogue regimes, criminals, etc. and the importance of enforcing the laws against such activity. ‍♂️ https://t.co/fSrgs4lo5b

Some in the Ripple (XRP) community took umbrage at a line in the report that states: “Ripple Labs willfully violated several requirements of the [Bank Secrecy Act] BSA.”

“An 70+ page contradictory report is not regulatory clarity — many responsible private players are trying to follow the rules, but that becomes increasingly hard when there’s no single arbiter of the law.”

Agreement echoed throughout the XRP Army with Twitter user Massimo saying that the report is another spin on the, “non-sensical merry go round that doesn’t address what we really need here for the space to mature and progress in an organic, safe and meaningful way.”

Earlier this week, Ripple co-founder Chris Larsen said the firm is considering moving to the U.K., Switzerland, Singapore, or Japan due to the government’s lack of regulatory clarity.

This new framework by the DoJ might fast-track Ripple’s decision — and Garlinghouse suggested other companies may follow suit. He added that unless clearer guidelines are provided, “companies will move their investment (or whole company) overseas.”

However not everyone in the crypto community was against the new framework. General counsel for Compound Jake Chervinsky identified it as a positive development:

“Guidance like this doesn’t come often & is very helpful for understanding the government’s regulatory & law enforcement priorities. We should all read this closely.”