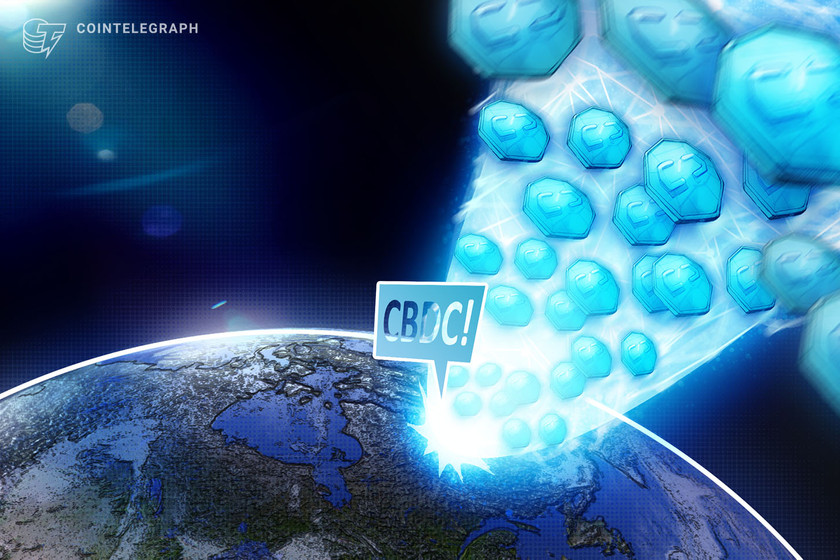 Central bank digital currencies will fundamentally change our conceptions of money and its uses.

An astonishing 80% of central banks are engaging in work around central bank digital currencies, from research to experimentation and pilot programs. A recent Bank for International Settlements, or BIS, chart demonstrates the growing interest in CBDCs by central banks, as reflected in speeches and reports as well as people’s Google search interests over time.

One country, in particular, to watch in this respect is China, which is emerging as one of the leaders in the shift to CBDCs. The People’s Bank of China introduced its CBDC in pilot form in the major city of Shenzhen and plans to use it in the area of the 2022 Winter Olympics in Beijing. China has been working on a digital currency since at least 2014, and press reports suggest it could be in operation by 2022.

The implications of the introduction of a CBDC in the world’s most populous country and second-largest economy are likely to be important.

The United States is also taking important steps in its own digital currency initiatives. In August, the U.S. Federal Reserve announced steps toward implementing instant payments in the U.S. in 2023 or 2024. In addition, the Federal Reserve Bank of Boston is collaborating with the Massachusetts Institute of Technology to design and build a “hypothetical digital currency oriented to central bank uses.”

Related: China and US must learn from one another and collaborate on CBDC

In the paradigm shift to CBDCs, the meaning, physicality and stability of money may change, and the value of money could be intentionally changed to help meet the policy goals of central banks and governments. This has many implications with respect to privacy, the use of data, the implementation of monetary policy, and the relationship between citizens and their governments. In addition, the concepts become more complicated when considering the cross-border implications of privacy, the use of data, and the relationship between noncitizens and foreign governments.

There are many reasons why central banks and governments may consider the adoption of CBDCs. In emerging market economies, financial inclusion for the unbanked and underbanked is often cited.

For example, in countries where accessing a bank account is difficult, having a smartphone with access to digital assets will remove friction and provide a means for a more inclusive financial system. And while this is important, the motivations of advanced economies might be worth serious attention. Advanced economies often cite financial stability, payment efficiencies, and the implementation of monetary policy through dynamic and programmable money.

How would this be done?

The plan laid out by China’s central bank follows what the BIS and the Federal Reserve would describe as an indirect, or hybrid, model of a CBDC. With this model, much will appear the same for the consumer, but money could be fundamentally different.

People’s Bank of China Deputy Governor Fan Yifei has emphasized how this indirect, or hybrid, model facilitates the speed of adoption by the system as a whole. Like today, private intermediaries, such as banks, would manage all customer-facing activity. However, with the new type of CBDC, the dynamic currency would be controlled by the central bank. For the consumer, there is little difference in the experience, but the implications are significant.

Related: US vs. China: Who will win the digital currency war?

Smart contracts and the potential consequences of programmable money

CBDCs could, theoretically, incorporate smart contracts or other similar technology. Smart contracts are pieces of code, often run on distributed ledger technology platforms, that execute a function when certain conditions are met. Such smart contracts can be inserted into a CBDC. The result would be the ability of the central government to adjust the value of the currency under certain predetermined conditions.

To make this more concrete, imagine a currency that has a dynamic value and function where penalties or incentives could be embedded into the CBDC. A currency smart contract could be used for any number of purposes. It could be used to stop the funding of defined illegal activities. When money is moved to a specific account or type of account, the value of money could drop to zero — equivalent to seizure by law enforcement. The same could apply if the currency is used to purchase illegal items.

A currency smart contract could also be used as a targeted stimulus and to create either conditions or an incentive for consumers. Following a government economic policy goal, a currency could be programmed to increase in value if used to buy certain types of goods or spent in a certain sector of the economy.

For example, let’s say that a policy goal is to increase spending on green technology. A consumer buying a solar system for their home would do so with more valuable dollars. In practice, the vendor would receive the full price, while the consumer, basically, gets cash back on the transaction, much like what happens with some credit cards today. Or take for example programming a currency to be used only for certain items (e.g., groceries).

The concept of such currency smart contracts is not entirely new. In fact, a primitive smart contract was built into some U.S. bank notes almost 80 years ago. During World War II, special dollar bills were issued in the Pacific with “Hawaii” printed on them. This printing was the smart-contract part of the bank notes. If they ever fell into enemy hands, they would become illegitimate and worthless. Like a smart contract, when certain conditions were met, the value of the note changed. In this case, it went to zero.

The invention of smart deposits

Smart deposits can be defined as monetary deposits that can communicate with the central bank — in this case, through an intermediary institution. This arrangement would allow the central bank to immediately freeze accounts engaged in illegal activities. It would also enable the central bank to issue stimulus funds to individuals without recourse to the cost and security problems of sending out checks.

Importantly for many economists, smart deposits would allow the central bank to break through the zero lower bound and institute negative interest rates. In effect, the central bank would be able to penalize depositors for holding on to money instead of spending it to stimulate the economy in a recession.

Here is an example of how this might be done: A depositor receives a message from the central bank that in two weeks, the value of the money held on deposits will drop by 2% and will remain at that level for one month. The depositor can either spend the money at its current value before the deadline or accept the loss in value for 30 days. This could encourage consumers to spend when this is needed to stimulate aggregate demand. Thus, it could be an additional monetary policy tool.

The ability to impose negative interest rates could have tremendous benefits for monetary policy transmission and policy effectiveness; however, it could also be understood as a confiscation of wealth by the state. As with existing monetary and macroprudential policy, the use of such tools would require a clear mandate and sound governance.

The idea of manipulating deposits by the U.S. government has only arisen once in U.S. economic history, and only indirectly. This was through the Gold Reserve Act of 1934, which devalued the U.S. dollar against gold. While the U.S. remained on the gold standard, all dollars, including those held in deposits, were decreased in value in hopes of stimulating spending during the Great Depression.

There could be intermediary steps before countries move to dynamic, programmable CBDCs. There could be a form of dollar, for example, that would start to bear new features such as QR codes, chips or other technology that would allow the dollar to communicate and be cataloged on the internet or in databases. A kind of precursor exists in the world of U.S. government securities.

In the 1970s, the Treasury Department began transitioning from physical Treasury bills, notes and bonds to the adoption of the book-entry system and the use of Committee on Uniform Securities Identification Procedures, or CUSIP, numbers. During the transition, both definitive and digital securities were issued, and definitive securities would bear CUSIP numbers. These would be a hybrid between a traditional bank note and current technology. The dollar bills we use every day would still exist, but they would become scarcer as the transition to the CBDC occurs.

The implications of CBDCs for our fundamental concept of money will inevitably spark significant debate about privacy and the power of the government and its policy goals.

One common theme among the various possible reforms in money is the amount of data the government would have regarding spending patterns and the circulation of money. As Yifei stated with respect to China’s CBDC:

“[The acquisition of data] would allow the central bank to keep track of necessary data to implement prudent regulation and crack down on money laundering and other criminal offences.”

However, the implications of using a CBDC by a government for purposes other than for “good” should give us pause.

With a country’s ability to create incentives through programmable money and to keep track of digital transactions, deep moral and ethical implications will arise. Inevitably, legislation, rules and regulations will likely be debated and created to balance the privacy and potential power of programmable currency. Given the speed at which countries are implementing CBDCs, perhaps the time for that debate is now.

This article was co-authored by Kristin Boggiano and Franklin Noll.

Kristin Boggiano is the co-founder and president of CrossTower, a digital asset trading platform.
Franklin Noll is the president of Noll Historical Consulting and specializes in the technology of money, from bank notes to cryptocurrency.