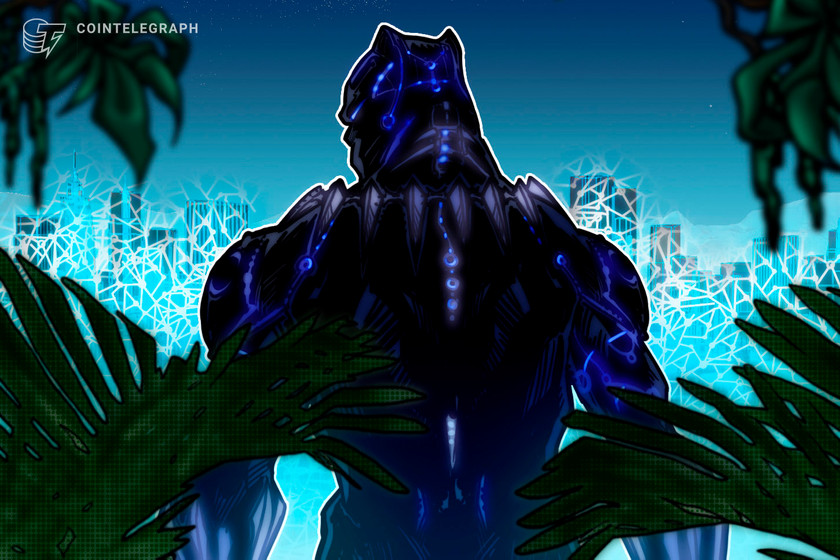 As access to crypto spreads across Africa, blockchain could be crucial in improving cross-border payments and settlement systems.

As technological innovations continue to spread across Africa, the continent could provide some unique use cases for blockchain technology. African has been continually driving innovation in a number of spaces, with mobile payments a prime example of the potential for technology to drastically improve the lives of everyday Africans.

While many countries in Africa are still considered to be developing economies, some of its most prominent states have been at the forefront of technological innovation. The use of blockchain technology is becoming part of the equation as it permeates different industries and institutions.

Michelle Chivunga, CEO and founder of digital economy and blockchain solutions group Global Policy House, as well as an advisor to the governments of Bermuda, the African Union and the United Kingdom, told Cointelegraph:

“Countries in Africa including Ghana are looking into using blockchain for land registry and many countries at digital identity, provenance in supply chains, healthcare and financing. E-commerce and fintech are major drivers of the digital economy in Africa. I see this growing and paving the way for more blockchain activity.”

Victor Mapunga, a Zimbabwean blockchain entrepreneur who co-founded FlexID — a blockchain-based digital identity solution wallet running on the Algorand protocol — told Cointelegraph that infrastructure powering the use and trade of cryptocurrencies has been a major driver of blockchain technology across the continent, but a plethora of use cases are already being explored: “There is still a lot of work to be done, so far peer-to-peer and centralized crypto exchanges have been the predominant flavor.”

Cape Town-based software developer and smart contract engineer Stephen Young, the founder and CEO of decentralized finance platform NFTfi — a peer-to-peer marketplace for nonfungible token collateralized loans — told Cointelegraph that cryptocurrency onboarding infrastructure like centralized and P2P exchanges have rolled out efficiently in different African countries and is the most prominent use of blockchain technology on the continent. He added that the potential uptake of DeFi platforms could be on the cards in the next year:

“Over the last few years, the infrastructure that allows people to purchase and trade cryptocurrencies have come a long way. This, combined with informal peer-to-peer trading, makes it possible for many more Africans to get hold of cryptocurrencies.”

Potential for the biggest impact

Peter Munnings, a former ConsenSys engineer who co-founded decentralized liquidity management and international payments firm Adhara in 2018, pointed out to Cointelegraph the potential of improved cross-border settlement through blockchain solutions on the back of his experience working in the South African banking sector, “Across Africa, settlement is slow and complicated because of the lack of liquidity.” According to him, most intra-African settlements are still undertaken through the United States, adding, “Going from Kenyan shillings to Tanzanian shillings through USD is always going to be slow and complicated.”

Munnings highlighted that a couple of projects are looking to overhaul this space, such as the Pan-Africa Payment and Settlement System and Fnality, which are actively collaborating with local governing bodies. According to him, JP Morgan has also been active in the space: “Having a commercial bank embedding the USD leg on all transactions (even if they are quick, simple and transparent) runs the risk of heading down the low road — or at least limiting the ability to create direct FX markets between African currencies.”

Young pointed to the potential to improve transactions between countries while also adding that people could potentially earn a livelihood from some cryptocurrency game platforms, which is a less obvious way to get paid. He added: “The obvious answer here is cross-border remittances. That and having hard money available as an exit option from the corruption and terrible monetary policies imposed on many Africans by their governments.”

Chivunga believes that blockchain technology could become an important catalyst for transforming some major industries across Africa. She identified challenges around land registry, identity, pharmaceuticals/healthcare and counterfeit goods/drugs as primary candidates for blockchain-based solutions.

Chivunga also highlighted the upcoming implementation of the African Continental Free Trade Area as an opportunity for blockchain to play a “major catalytic role” in supporting greater transparency, visibility and inclusivity across supply chains. She also hopes to see blockchain help disrupt wealth inequality across the continent and provide greater access to transparent and accountable financing:

“An area I am passionate about is the opportunity blockchain presents to decentralize access to wealth to support greater financial inclusion and support especially for micro, small and medium enterprises; they make up at least 80% of businesses in Africa yet so under-resourced.”

As blockchain solutions are slowly being explored and developed to address uniquely African challenges, the potential for greater influence seems almost limitless. As Munnings told Cointelegraph, the continent is already leading the way in terms of cryptocurrency adoption, according to a survey from Statista carried out in August 2020:

“Africa has another benefit in that it doesn’t have a lot of legacy systems in place that are already working. Kenya’s adoption of MPESA was less around how good MPESA was and more around the lack of any other alternative. While first world countries have payment systems (credit card infrastructure) and highly liquid currencies, fast settlement times etc., Africa has very little of that.”

Mapunga echoed Munnings’ sentiments on the lack of existing legacy infrastructure but outlined that now, African universities are more willing to try using digital credentials like degrees and diplomas. Indeed, education is a very important component to help the proliferation of blockchain technology and its potential application for Africa’s most pertinent challenges. Chivunga stressed that it’s not an answer to every problem, but understanding its capabilities will be key to adoption.

Overall, there are a number of challenges standing in the way of innovation, including digital connectivity, infrastructure issues, access to affordable data, greater education and awareness, according to Chivunga:

“As the foundations are strengthened, I think Africa will see more solutions developed not only with blockchain but a convergence or mix of technologies. Africa can actually drive greater adoption, avoiding the legacy challenges, and designing solutions that are homegrown could benefit Africa significantly.”