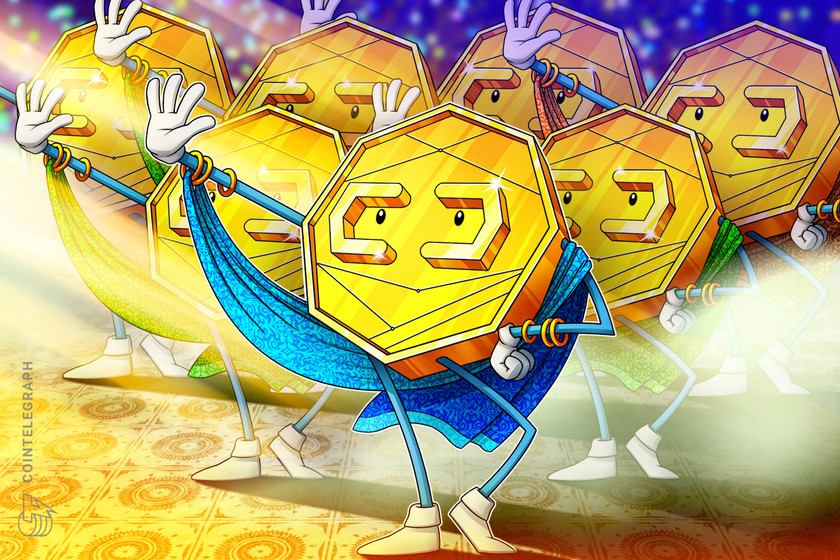 The new venture will reportedly include 34 “physical branches and operations” in northern India.

According to an Oct. 26 announcement from Cashaa, the fintech firm will be partnering with India’s United Multistate Credit Cooperative Society to build a crypto-friendly financial institution called UNICAS. This new venture will reportedly include 34 “physical branches and operations” in northern India, including the cities of Delhi and Gujarat, and the state of Rajasthan. However, the fintech firm stated that it planned to expand to 100 physical branches “where users can access crypto products” by next year.

Earlier this month, Cashaa India stated that it would allow Indian businesses and individuals to open a savings account to buy, store, and save cryptocurrencies including Bitcoin (BTC), Ethereum (ETH), XRP, and its native token CAS. The firm also reportedly will allow customers to use their crypto holdings as collateral for loans, and to buy crypto with local fiat currency.

In addition, Cashaa stated it would retrofit The United’s existing locations into crypto education centers.

“Most Indians are not aware or are misinformed about cryptocurrency as an online product and they tend to trust what they see or what the government recognizes and recommends,” said Cashaa CEO Kumar Gaurav. “India is still largely a cash-based economy despite a demonetization drive. We intend to address both issues which are slowing the process of cryptocurrency adoption.”

In September, reports circulated stating that the Indian federal cabinet was considering a law banning crypto six months after courts lifted a previous blanket ban. However, when India’s Parliament convened during its Monsoon Session last month, no regulators reportedly proposed bills calling for such a law.

Siddharth Sogani, founder of Indian blockchain research company Crebaco, labeled reports calling for a new crypto ban as “clickbait.” The Cashaa CEO also stated he believed media reports on a possible crypto ban are speculative stories, and regulations will most likely not be a hurdle for Cashaa India to offer crypto services to its users. The next time the Indian parliament is usually scheduled to convene is in November for its Winter Session.