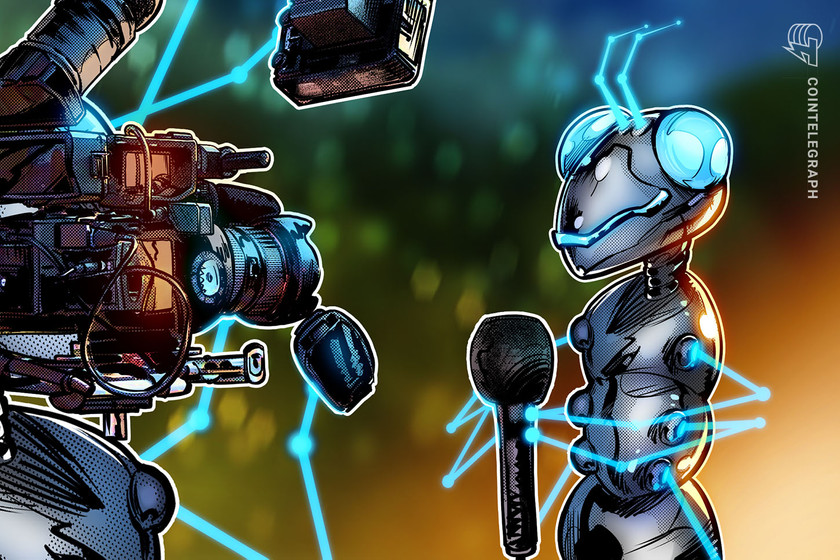 Despite the potential to bring an unparalleled level of transparency to journalism, blockchain adoption by mainstream media may be slow.

It is no secret that over the course of the last couple of decades, issues related to fake news, substandard fact-checking and rampant censorship have resulted in many mainstream media outlets losing the trust of their viewers and readers.

In this regard, the 2020 Edelman Trust Barometer — a digital tool that serves as an indicator of how people view the media industry in general — shows that 57% of people all over the world believe that they cannot fully trust their news media sources, while 76% believe that false information is purposefully being disseminated by various prominent media houses as a means of polarizing their viewers.

Similarly, according to a survey conducted by Gallup and the Knight Foundation, nearly eight in 10 Americans believe that the mainstream media is actively trying to get them to adopt a certain political stance or opinion. Lastly, according to another study released by data intelligence company Morning Consult, an increasing share of adults in the United States are losing trust in news affiliated with nine of America’s leading media outlets, such as CBS and The New York Times.

On Nov. 4, the Associated Press started publishing results from the 2020 United States presidential elections on the Ethereum and EOS blockchains using Everipedia’s OraQle software. By making use of such a novel system, the AP has attempted to establish an unhackable, permanent record of the results for each state as they continue to come in. The results can be viewed via blockchain explorers such as Etherscan as well as the AP’s EOS account on Bloks.io.

Earlier, telecommunications giant Verizon announced the launch of its blockchain-based, open-source newsroom product designed to help increase the firm’s overall corporate accountability. The platform will immutably document the company’s various news releases, op-ed pieces and more using a public blockchain. In fact, even the aforementioned press release was posted via the platform and was later modified — with the corrections being duly accounted for by the system.

Speaking on the potential that blockchain possesses in regard to making journalism more credible, Saul Hudson, managing partner at strategic communications company Angle42 and former general manager of the Americas at Reuters, told Cointelegraph:

“Too often, publications will just replace an article online updating information that corrects an error in a previous version without making it obvious what has been changed. Accuracy is the lifeblood of a media organization. It may feel counterintuitive but being transparent about factual mistakes is a way to win the trust of audiences.”

Here’s how blockchain can factor into mainstream journalism

From the outside looking in, it seems as though blockchain can potentially make journalists adhere to strict editorial standards, thanks in large part to the technology’s core operational premise that is steeped in the principles of transparency.

For example, the tamper-proof aspect of most blockchain systems can help establish a standard of transparency that will be needed to prove the authenticity of any images being used in news stories as well as for combatting issues such as “deepfakes.”

Related: Deep Truths of Deepfakes — Tech That Can Fool Anyone

Similarly, blockchain systems can also help establish clear links for specific stories/news items by creating an immutable database of articles that have been released by various media outlets in relation to a particular piece since its initial circulation.

Providing her thoughts on how blockchain-enabled news platforms can completely revamp the traditional structures of how news is curated and disseminated for public consumption, Nisa Amoils, a contributor at Forbes and a managing partner at venture capital firm Grasshopper Capital, told Cointelegraph that such platforms can potentially provide the technological underpinning that may be needed for direct journalistic funding:

“These platforms can exist outside of traditional funding models, thus allowing greater freedom for journalists to pursue the stories that are worthy of being reported. They can also archive stories, as blockchain technology has the inherent benefit of permanence.”

She further noted that through the use of smart contracts, fact-checking could become more automated and blockchain systems could even serve as secure registries for important metadata, such as a story’s time of publication, bylines, tags, etc.

Lastly, talking about the monetization aspect of blockchain-based journalism, Sarah Austin, a regular contributor for Entrepreneur Magazine and chief marketing officer at Kava — a decentralized bank for digital assets — told Cointelegraph that Steemit is an example of how journalists can get paid to contribute their content: “Community generated tips for content was first popularized by PayPal’s early Tip Jar product that catapulted the notion of tipping for content. Nowadays writers and journalists can get tipped for content on social media in cryptocurrencies.”

Resistance toward the tech bound to arise

Earlier this year in April, Italy’s leading news agency, Ansa, announced that it had created a unique blockchain-based news tracking system so that readers can verify the origin of any news appearing on any one of the company’s various media platforms.

The goal of the entire operation was to strengthen bonds of trust “between its [Ansa’s] organization and its readers and customers.” Even though blockchain can play a major role in turning public sentiment positive by ensuring that authenticated news articles and images are circulated around the web in a way that is totally unmanipulable, Hudson believes that change may be slow to come:

“Many media outlets will resist blockchain innovation because of the fear of costs involved in an unfamiliar technology. This is why we are seeing the industry tackle low-hanging fruit first. The biggest hurdle the media industry faces is not technical but cultural. Consumers have become so siloed in the way news is filtered to them that they often refuse to even contemplate that a different perspective could be anything but fake news.”

A similar opinion is shared by Amolis, who believes that the forced transparency and data-freezing affordances of blockchain technology may not be able to garner any tangible mainstream support, at least in the near future.

Use blockchain to keep on going

Blockchain technology, with its immutable, transparent ledger, can help make the global media industry behave in a more accountable fashion. For example, verified journalists can be placed on a blockchain database, potentially in the form of nonfungible tokens, to prove their identity. In this regard, Wong Yun Han, partner at The Block School — a blockchain education and training provider — pointed out that the technology can tackle plagiarism, another issue that currently plagues the journalistic world:

“If news content is put on a decentralized system and there is a ‘Turnitin’ equivalent for the blockchain media industry, we can verify the originality of the articles. It’s not just about making journalism more transparent, blockchain technology also has the potential to both democratize and incentivize transparency and engagement for journalism.”

With platforms like Everipedia and Steemit — where users are given incentives for their contributions — slowly gaining mainstream traction, it will be interesting to see how quickly news media outlets start to consider the option of incorporating blockchain-based systems into their existing editorial frameworks.

Lastly, the Content Authenticity Initiative, or CAI, recently released the white paper for its novel digital platform that is meant to provide trust and transparency for photojournalists, editors and content consumers. According to the document, any individual can make use of a CAI-enabled device to capture images whose details — such as authorship, geolocation, time, file storage preference, etc. — are automatically recorded within a secure, transparent data registry. As a result, any attribution-related issues that may potentially arise at a later stage are resolved almost instantly.