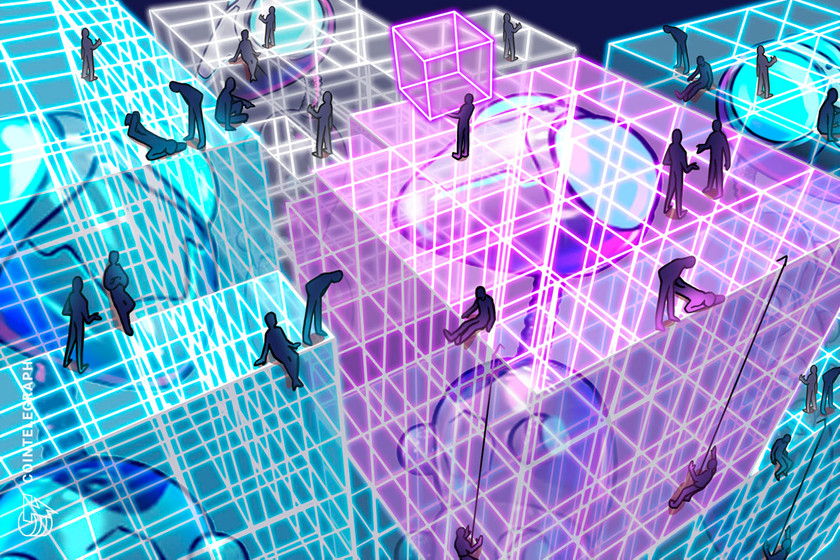 Optimistic blockchain predictions for next year may be accurate, but a lot of factors will have to fall into place.

American market research company Forrester recently released its blockchain predictions for 2021. The report reveals interesting findings, noting that 2020 has been an important year for growth in the enterprise blockchain and distributed ledger technology space.

Martha Bennet, principal analyst at Forrester and a co-author of the report, told Cointelegraph that the firm’s blockchain predictions are based on inflection points that show definite changes rather than the continuation of trends. For instance, the report predicts that 30% of global projects will make it into production next year. This is partly due to the impact of the COVID-19 pandemic.

According to Bennet, many of the blockchain-based systems that are live today share a common factor: less time involved to resolve discrepancies. In some cases, this could even be instant. Bennet noted this common factor applies to supply chain use cases as well as in financial services:

“It’s not just about needing fewer people to accomplish certain tasks; it’s also about shortening elapsed time and freeing up liquidity. A key point is that it’s possible to make it happen today, in the context of existing processes and operating models.”

While this may be, Bennet shared that the more long-term strategic projects in financial services tend to revolve around potential changes in market structure and operating models. Many of these cases also require regulatory adjustments. “This takes time, resource and effort. That’s the main reason why COVID-related volatility and uncertainty has led many banks to pull back from some of those more long-term DLT-related projects for the time being,” Bennet said.

The report also states that almost all the initiatives set to go from pilot into production next year will run on enterprise blockchain platforms that utilize the cloud. These most likely will include solutions from Alibaba, Huawei, IBM, Microsoft, OneConnect and Oracle.

Allistair Rennie, IBM Blockchain’s general manager, told Cointelegraph that predicting 30% of enterprise blockchain projects to be moving into production next year is consistent with what IBM has seen with clients so far:

“Due to the increased strain that the pandemic put on supply chains, clients are finding there is a dire need to accelerate their digital transformation to emerge stronger than before. We are seeing both expansions of existing blockchain projects and new ones. The most successful of these are the ones that are underpinned by solid business use cases and have a clearly defined value to add to the business.”

From a technical perspective, Bennet mentioned that the most critical prediction listed in the report is the increasing need for zero-knowledge proofs. “ZKPs are needed due to challenges with preserving confidentiality that are currently holding projects back,” she said. The report further outlines the issue that ZKPs may solve:

“For firms that don’t want to rely on established encryption techniques, the only options have been keeping only hashes on-chain or using constructs like selective replication or private data collections. In many cases, existing techniques also don’t address exposure issues arising from metadata.”

However, much progress has been made recently around ZKPs. For example, one ZKP project is being developed by Big Four firm Ernst & Young. Known as “Nightfall,” this is a privacy software that will enable private blockchain-based transactions using ZKPs. Paul Brody, global blockchain lead at Ernst & Young, told Cointelegraph that the firm’s biggest priority in the coming year is to make Nightfall and ZKPs easier for developers to use:

“The biggest challenge in using and implementing ZKPs is that they are much more complex than coding a smart contract without privacy. I would compare it to adding SSL and encryption to web pages in the early days — it’s not something that most people learn about when they learned Solidity development and right now, it’s not as easy as it could be to implement.”

Brody further shared that work around Nightfall is focused on increasing the level of privacy for transactions by hiding metadata that might be inferred by analyzing network activity. And while the product currently supports private transfers and payments with regulatory compliance, Brody explained that the firm wants to expand upon this by creating new privacy tools. “If we do our job right, people will shift from developing DApps (decentralized applications) to developing ZApps (zero knowledge applications),” he said.

In addition, IBM’s blockchain platform uses ZKPs to preserve data privacy. Ramesh Gopinath, vice president of blockchain solutions at IBM, told Cointelegraph that IBM is using ZKPs and related cryptographic schemes such secure multiparty computations to enable trusted privacy preserving analytics along with AI data on the blockchain. The Forrester report notes that IBM will be one of the most widely used blockchain platforms for production-ready projects next year.

The Baseline Protocol is yet another open-source project that heavily relies on ZKPs to coordinate confidential workflows between enterprises. John Wolpert, a group executive for enterprise mainnet at blockchain software company ConsenSys, explained that on the protocol, ZKPs allow companies with different record-keeping systems to be verifiably in sync on a record-by-record basis without sharing sensitive information.

The Forrester report also predicts that decentralized finance will negatively impact public blockchain adoption. According to the report, enterprise technology leaders are now open to discussing the role of public blockchains. Unfortunately, the rise of DeFi in 2020 has resulted in questionable activity across public networks like Ethereum. “This has reassociated public blockchains with the cryptocurrency Wild West and will continue to drive compliance- and risk-savvy decision-makers away,” the report states.

Kyle Thomas, CEO of Provide — an enterprise blockchain vendor that works with SAP and Coke One North America — begs to differ, telling Cointelegraph that organizations will soon see public blockchains in the same way as they do the internet: “A lot of mindshare is up for grabs as ‘Enterprise DeFi’ becomes more of a reality with each passing day.”