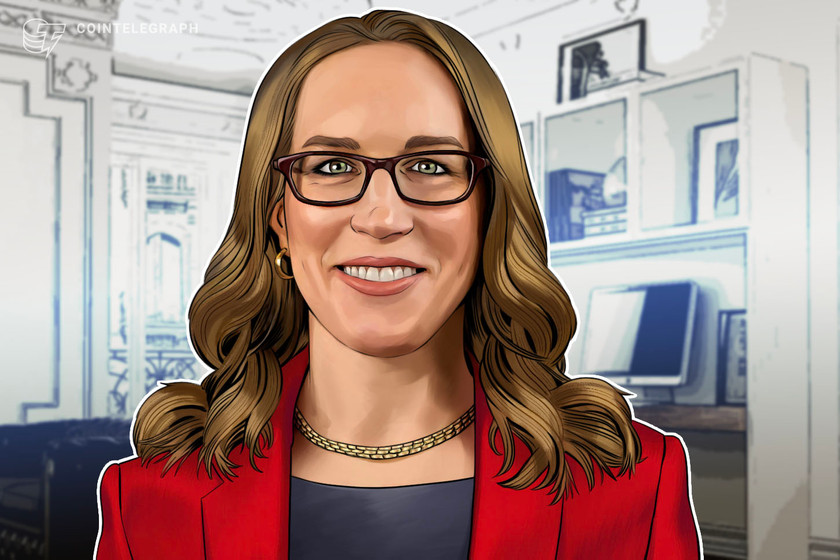 United States Securities and Exchange Commissioner Hester Peirce — better known as “Crypto Mom” — believes the recent action against BitMEX may be a wake up call for crypto firms.

In an interview with “Unchained Podcast” on Oct. 13, Peirce told host Laura Shin that the recent charges laid against BitMEX by the U.S. Department of Justice (DOJ) and the Commodity Futures Trading Commission (CFTC) has put the international crypto industry on notice about U.S. anti-money laundering (AML) and know your customer (KYC) regulations.

“I think that the message has been coming to the industry fairly loud and clear on the AML/KYC front, and I’m sure it will continue,” said Pierce.

“It’s definitely sending a message to the crypto world that when there are U.S. users of a product or a service, there’s going to be enforcement of U.S. laws.”

On Oct.1, the CFTC filed a civil enforcement action against BitMEX and three of its executives for violating AML regulations. In addition, the DOJ filed criminal charges against four executives, including founder Arthur Hayes, for violating the Bank Secrecy Act. Hayes and two of his colleagues remain at large as of this writing, while BitMEX’s former chief technical officer, Samuel Reed, is out on bail.

Pierce also discussed the SEC’s apparent resistance to a Bitcoin exchange-traded fund (ETF). Such a product would offer a regulated means for institutional investors to access crypto without the risk of holding the underlying assets.

Though the Bermuda Stock Exchange announced it has approved a Bitcoin ETF in September, that’s outside the SEC’s jurisdiction. The Winklevoss twins, Wilshire Phoenix, and NYSE broker Arca have submitted proposals for Bitcoin ETFs with the SEC, and the commission has consistently rejected all of them over fears of market manipulation.

However, Crypto Mom believes an ETF should be “judged on its own merits” by the regulatory body. Bitcoin ETFs, she said, hold a lot of interest among investors and could be an easy way for people to get exposure to the cryptocurrency.

She criticized the commission’s resistance to a Bitcoin ETF as unfair to investors:

“In the past I think [the SEC has] taken an approach that is a merit regulation approach and is saying ‘we don’t think that investors can make wise decisions for themselves so we’re just going to cut this product off from them altogether.’ It just doesn’t make any sense to me.”

Peirce started her second term at the SEC in August and will remain at the commission until 2025.