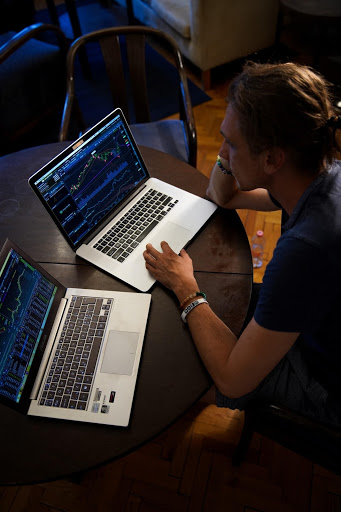 Whether you’re new to the world of blockchain technology or are simply looking to sharpen your sensibilities when it comes to distinguishing the market’s key players, there is always more to learn. Cryptocurrency trading is fueled by hype and that means that new players are always popping up and disappearing. Bitcoin remains the constant staple in this everchanging landscape and also serves as a useful benchmark against which to understand and evaluate other actors. If you’ve got things like a graph of bitcoin price history saved to your bookmarks, there’s a good chance you’ve also encountered the name Ripple. If you are interested to learn how it stacks up against its forebearer, read on to discover the similarities and differences between Bitcoin and Ripple.

The risk remains the same

One thing to clear up right off the bat is that all cryptocurrencies exist in a volatile and very speculative market. Although a lack of regulations is part of the draw, it also means that anything goes and there are really no guaranteed bets. Ripple and Bitcoin are both parts of this ecosystem, so keep in mind that if you’re thinking about investing in either, or any blockchain cryptocurrency for that matter, you should go in ready to potentially lose your complete initial investment. When it comes to investing in any cryptocurrency, you’d be best to hedge your bets and only put forth capital that you would be comfortable without.

When thinking about Bitcoin, most people understand it as a digital currency that can be used to purchase a variety of goods and services in the online marketplace. Therefore, the number one thing to understand about Ripple is that it serves a slightly different function. Simply put, Ripple is a system for currency exchange, payment settling, and remittance that can be used by payment networks and banks to provide higher transparency and security. Unlike Bitcoin, Ripple was never designed to be an independent method of payment. One of the biggest advantages of Ripple is that it allows for a fairly seamless transfer of assets that plays out in near real-time, providing more peace of mind for those involved in the transaction.

Another important distinction to make between Bitcoin and Ripple is the fact that Ripple doesn’t use blockchain to fulfill its function. Unlike Bitcoin, Ripple works through a network of validating servers and crypto tokens. The tokens are often referred to as Ripples but are formally called XRP. These are the actual cryptocurrency being exchanged in Ripple, which uses a distributed consensus ledger.

A closer look at XRP tokens

In terms of how Ripple replaces standard settlement systems, it is useful to think of XRP tokens as a replacement for US dollars, which are frequently used as a middle ground currency for exchanging others. Due to established standards of exchange and the regulations in place, using US dollars not only takes considerably more time but is also accompanied by the dreaded currency exchange fees.

On top of costing more than most are happy to pay, standard international transfers can sometimes take three days or more to process. Enter the XRP token. Completely supplanting the process, the value of the assets being exchanged are first converted into XPR (as opposed to USD), allowing for fees to be wiped away and the waiting time to be reduced from days to mere seconds. Returning to the Bitcoin comparison, it is worth noting that Bitcoin transactions tend to take around 10 minutes, and although this is certainly less than three days, it is still significantly more than the five-second transaction rate Ripple can achieve.

Unlike the more mysterious emergence of Bitcoin, which is currently maintained by a team of dedicated developers and not tied to any government, bank, or third part, Ripple is more mainstream. Founded in 2012, Ripple was developed by an actual company and had set goals outlined from the get-go. This more standard entry onto the world stage has likely been one aspect that has helped make Ripple more palatable for major financial institutions. Santander and Fidor Bank are just a few of the big names who have said that they are in the process of testing or even implementing various applications of the Ripple Network payment apparatus.

No mining for Ripple

Another difference that might be hard for Bitcoin enthusiasts to wrap their heads around is that Ripple was not, in fact, designed to be mined at all. An important part of the Bitcoin ecosystem, miners of the cryptocurrency will typically be rewarded for their efforts in the form of a new Bitcoin. Ripple, meanwhile, is pre-mined. There are currently around 38 billion XPR tokens populating the market. The remainder resides in Ripple labs and will be released onto the market in incremental amounts.