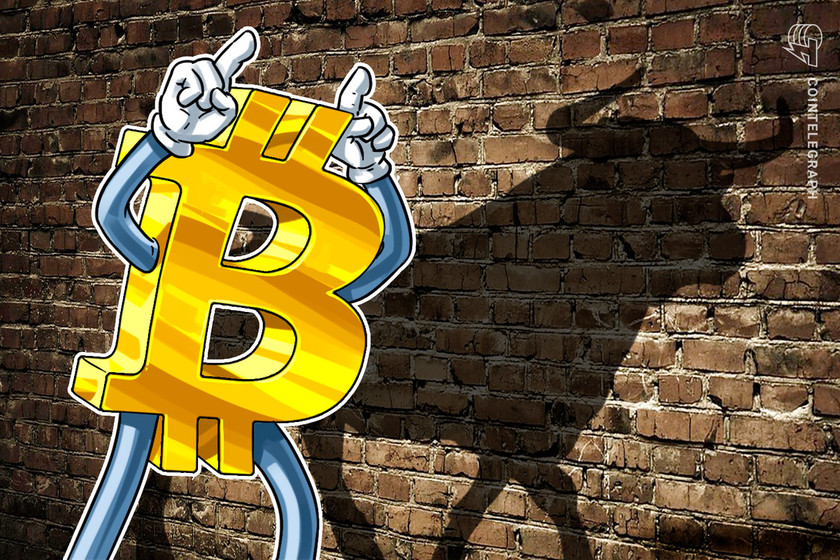 Bitcoin leaving macro assets behind will be the “biggest story in crypto” if it continues, but there’s more to be bullish about, says Cole Garner.

Bitcoin (BTC) abandoning correlation with traditional markets will be its “biggest story” if it continues, one popular analyst says.

Garner retweeted a chart of Bitcoin, gold, the S&P 500 and Ether (ETH), which shows Bitcoin striking out on its own, delivering positive returns while other assets floundered.

The chart originated from Eric Wall, CIO of crypto hedge fund Arcane Assets, who described the trend as “unusual.”

“BTC’s correlation to traditional markets appears to be unwinding. If this persists in the coming weeks, it’ll be the biggest story in crypto,” Garner commented.

Bitcoin previously demonstrated long-term correlation to the S&P 500 in particular, also forming a close relationship to gold in the months after March’s coronavirus-induced price crash.

Others have previously noted the now-decaying trend, among them statistician Willy Woo, who in September forecast that it would continue.

Also buoying the mood for Garner is the “amazingly neutral” funding rate across perpetual swaps on exchanges.

Despite Bitcoin’s latest gains which took it above $12,000, the funding rate suggests support for longs at the expense of shorts — an encouraging sign for further upward momentum.

Coupled to this is institutional investor sentiment, which from last weekend’s commitment of traders (COT) report is firmly long, not short.

As Garner and others note, very little stands in the way of further positive price action above $12,000 due to how Bitcoin spent the brief periods of time above that level before.

“Skies are mostly clear above $12K across exchange orderbooks,” he summarized.

Other factors remain from previous weeks and months, notably the lack of inflows from whales, suggesting that the desire to sell large amounts of BTC remains low. Exchange balances are in fact continually dropping despite the price rises, data shows.

Concluding, Garner’s only concern was that, if Twitter sentiment is a reliable measure, few hodlers expected the current scenario.

“Too many people were unprepared for this,” he wrote, linking to a recent survey in which 35% of respondents claimed that Bitcoin made up less than 10% of their crypto portfolio.

“I’m no maximalist, got plenty of love for crypto all around, but you gotta respect the king.”