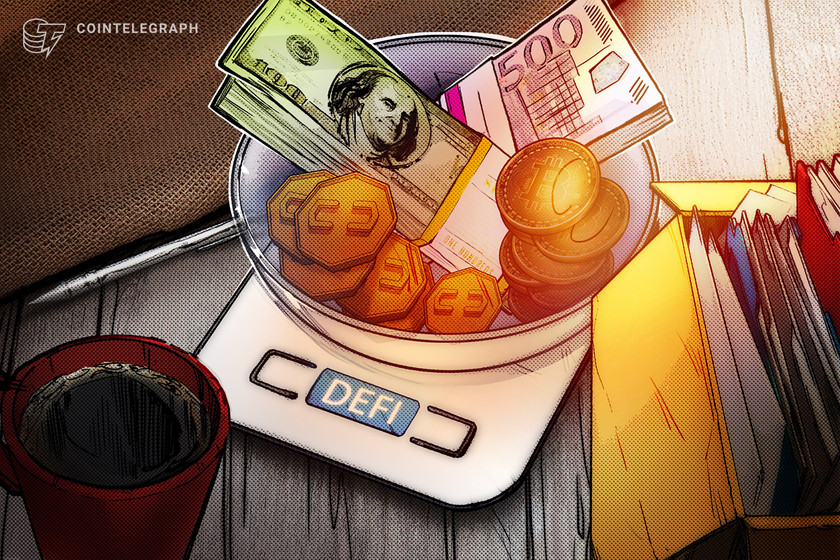 DeFi tokens have been around for a few months now — long enough to plot some recurring trends that show some clear patterns.

Decentralized exchanges have been around for a while now, but it’s only been since the grip of decentralized finance mania has taken hold that they’ve come into their own. The growth in DEX use has been nothing short of exponential, with volumes pretty much doubling in August and September compared with the preceding months.

But is volume alone telling the whole story? Amid the DeFi frenzy, some of the biggest winners have been DeFi governance tokens. Kicking off with Compound’s COMP token in June, other projects that followed suit have seen similar patterns. Yam Finance’s YAM, SushSwap’s SUSHI and BurgerSwap’s BURGER have all seen massive popularity at launch, only for their price to start dropping once the initial hype dies off.

Given the current data, it’s relatively easy to trace a direct correlation between the meteoric rise of DEX volume and the craze for issuing governance tokens that, so far, have not been able to hold on to their value beyond the initial hype.

Echoes of the IPO craze?

Cryptocurrency has always borrowed terms and concepts from traditional finance. The idea of an initial coin offering is derived from its traditional cousin, the initial public offering. But while an IPO is a signal of investor confidence in the future of a company, ICOs were a free-for-all, allowing anyone to mint tokens, regardless of whether or not there was any demand that would generate value.

With DeFi tokens, there is an already-established product that’s providing some value to market participants. DeFi’s governance tokens offer holders a future stake in the development of the product. In this way, DeFi tokens are more comparable to the concept of an IPO than ICO tokens ever were.

However, after the lockup period of an IPO ends, most investors dump their shares on secondary markets, according to findings from financial services firm UBS. This trend doesn’t bode well for any early recipients of DeFi tokens, as they usually HODL. Of course, DeFi is very much in its infancy, so it’s too early to draw any concrete comparisons. COMP, the token that kicked all this off, is only three months old. Omri Ross, chief blockchain scientist at trading platform eToro, believes that DeFi tokens should still be approached with caution:

“The jury is still out on the valuation fundamentals for DeFi governance tokens. Given the novelty of the space and the many complex factors going into evaluating the fundamental value of a token, the pricing of governance tokens remains highly speculative.”

A lack of BTC correlation?

DeFi tokens may show eerie correlations with IPOs, but they buck a bigger trend within crypto markets. With a few exceptions, most coins tend to follow the price movements of Bitcoin (BTC). Currently, DeFi tokens are an anomaly in that respect. While BTC has been trading within a relatively narrow range over the last month or so, DeFi tokens have shown price movements entirely uncorrelated to BTC markets. Curis Wang, co-founder and CEO of Bitrue — an exchange that recently started offering both decentralized and centralized finance options — told Cointelegraph:

“I don’t believe that their prices will end up following BTC. Most users and investors of these DeFi coins are pretty knowledgeable about DeFi, cryptocurrencies, and finance in general, and they understand that the functions that these projects are facilitating are going so far beyond what BTC was ever aiming to do.”

All of these points raise some intriguing questions about the future direction of DeFi token markets. The concept of the IPO has sustained for decades. Investors still get excited enough to apply for an initial allocation of stocks, even if the numbers indicate they can expect to lose out. However, stock investors can, in some cases, hold their positions for decades. For example, Berkshire Hathaway has held stocks of Coca-Cola and Wells Fargo for over 30 years.

In the notoriously fickle world of crypto investing, it seems a stretch to think that any investors would hold onto DeFi tokens for that long, particularly if their value continues to decline. Furthermore, there’s also the question of whether the law of diminishing returns will kick in, which would mean that each new DeFi token entering the market would become progressively less valuable than its predecessors.

In a segment that seems to be propelled by hype, it appears to be more than just a possibility. If this does happen, then DeFi tokens may start behaving more like longer-established altcoins. This behavior would see them quickly settling into a place in the token rankings that more accurately reflects their longer-term value and mirrors BTC prices more closely.

All of this speculation doesn’t consider the one factor that could kill investor appetite for DeFi tokens entirely: regulation. Despite DeFi’s ambitions toward decentralization, few projects can claim to be truly decentralized. There are teams of people that maintain the underlying codebases, pay for the hosting of app data and take care of the user interfaces.

All the DeFi tokens in the world won’t stop the United States Securities and Exchange Commission or the Financial Crimes Enforcement Network from coming after anyone they believe to be responsible for contravening U.S. regulations, if and when the time comes. However, Wang still believes that the time has yet to come and that no regulation will be implemented in the short to medium term:

“First of all, BTC has been around for a decade already and received widespread public attention at the end of 2018, but there is still almost no regulatory clarity around it in 2020. […] Secondly, the whole point of DeFi is the decentralization aspect of it and when a project is open source, even if you somehow stop a team from working on a protocol, you can’t stop others elsewhere from forking or building on top of it.”

The recent charges against BitMEX have already highlighted the potential dangers crypto companies and platforms may face if discovered to be lacking in Know Your Customer and Anti-Money Laundering checks — DeFi included. Furthermore, CipherTrace has also stated that DeFi could make an attractive haven for money launderers.

The fact that funds drained from the recent KuCoin exchange hack have made their way through Uniswap lends further credence to the idea. If the worst-case scenario happens, DeFi could go the way of the ICO, rendering DeFi governance tokens worthless as a result. EToro’s Ross thinks that this issue will eventually slow down the current DeFi craze: “DeFi products will likely face regulatory scrutiny as applications of blockchain technology find increasing adoption amongst a broader community of users.” He added:

“As the space will attract more funding, attention and regulation, which I think will be positive for the space, it may also require future protocols to integrate some KYC and AML building blocks.”

But for now at least, DeFi tokens offer dizzying returns for yield farmers who continue to make hay while the sun shines. What’s more, the craze shows no immediate signs of dying down, even though token prices are currently declining. However, those who’ve been around long enough to remember the post-ICO freeze of crypto’s long winter would do well to remain cautious of history repeating itself.