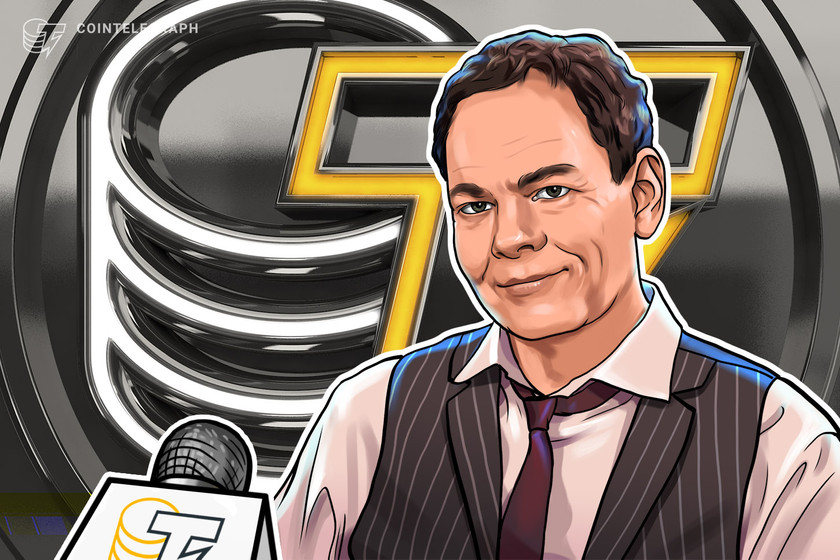 Max Keiser, Wall Street veteran and host of The Keiser Report, shares his thoughts on Bitcoin price breaking $13,000 and the U.S. election in an exclusive interview with Cointelegraph Markets.

Max Keiser: First, we need to go back to the Genesis Block and understand that everything that has happened and will ever happen with Bitcoin came into existence at that instant and the world and our species were forever changed. Understand too, that Bitcoin is shaping our world around its protocol in ways that most don’t understand but all are powerless to stop. Within this context, it was clear on Jan. 3, 2009, the genius of the protocol would catch up to the likes of Paul Tudor Jones and warp his mind.

As he said this past week, after studying Bitcoin he’s become more bullish and it’s the first time in his career he’s ever encountered an asset he’s buying to hedge against the carnage of runaway inflation that is “pro-humanity.” He understands the paradox of the protocol. He understands like Michael Saylor does now (after rejecting Bitcoin for years) that Bitcoin is in control.

The changes to humanity are set in motion and it’s unstoppable. Because Bitcoin rearranges people’s minds and reorders their consciousness, these changes are permanent.

Were you surprised at the news that PayPal is entering the Bitcoin and crypto space?

Max Keiser: No. PayPal, like all companies, came to the realization faster than others that Bitcoin is an existential threat to their business and to ignore it would mean going out of business.

Do you think it is a reasonable trade-off that it will maintain control over users’ money just as Libra would?

Max Keiser: PayPal’s attempt to restrain Bitcoin won’t work because the competition at $SQ and elsewhere will force them to go Full Bitcoin or die. This is true with Libra as well. It’s true of CBDC (Central Bank Digital Currencies), and it’s true of countries like Venezuela who abandoned their Petro and are now moving to a Full Bitcoin position. In China, the situation is different.

The Chinese will resist going Full Bitcoin the longest and this is their Achilles Heel.

At the moment, with China establishing a V-shaped recovery in their uniquely post-covid economy (the only G20 country to achieve this), they are cocky and blind to what will happen if the U.S. and others go Full Bitcoin. It’s similar to the 1980s-1990s when Japan was set to take over the global economy but failed to embrace the Internet fast enough and the US quickly reasserted global dominance again. China thinks they hold all the cards, but without going Full Bitcoin they leave themselves vulnerable to countries that do.

Does news about BTC payment acceptance bolster price? Or is Bitcoin’s value mainly rising because it’s being increasingly perceived as a store of value?

Max Keiser: The role of payments (i.e. medium of exchange) comes after Bitcoin establishes itself as a SOV; a point Roger Ver, Craig Wright, and Calvin Ayre never understood and why their projects BCH and BSV are increasingly becoming worthless compared to BTC (they completely misread the BTC White Paper). At the moment, BTC is still establishing itself as a SOV.

I’ve said many times that I think the transition that includes the MOE use case probably comes after BTC starts to push Gold out of the SOV picture around $100,000 per BTC. By the way, a warning to Gold Bugs bashing BTC. Look what happened to Peter Schiff. By not letting BTC change his thinking he sabotaged himself and appears to be in real trouble. This fate awaits all who mess with Bitcoin.

In June, you said that Peter Schiff would buy Bitcoin at $50,000. Is the price still the same?

Max Keiser: Yes. I predict that the combination of his business failing plus his legal fees will force him to finally succumb to reality and he’ll come to Bitcoin with his tail between his legs begging forgiveness and the timing will be around BTC $50,000.

Gold bugs say that gold will win regardless of who wins the US election. Who do you think is best for Bitcoin: Biden or Trump? How do you expect Bitcoin will react to the election results next month?

Max Keiser: A Biden win means a win for corruption and the Deep State so I would expect Bitcoin’s price to bolt higher as people panic-buy unconfiscatable Bitcoin before Biden’s socialist, jackbooted thugs start confiscating everything in a replay of 1938 Kristallnacht.

With Trump, The U.S. has a chance at a more orderly tradition to Bitcoin so the price would move up more slowly.

Michael Saylor said that he bought Bitcoin to protect cash reserves from “melting” like an ice cube. Do you think Google, Amazon, etc. will make similar realizations?

Max Keiser: Yes. The inflation genie is out of the bottle and cash is trash. But the important thing here is that Michael Saylor went against the prevailing wisdom of buying back his own stock, a move that takes advantage of a reckless, money printing Fed and instead essentially goes to war with the Fed by embracing Bitcoin — an asset hardcoded to destroy the Fed.

As the Genesis Block made clear with “Chancellor on brink of a second bailout,” Bitcoin was designed as a central bank killer. Michael Saylor figured that out and understands that he needs to be on the right side of history or get blown out. Every company in the world will face the same decision. Do they support central banks or do they want to survive and thrive in a post-central bank world.

Do you believe another “Bloody Thursday” can happen for the markets and Bitcoin again?

Max Keiser: Volatility is the price we pay for unconfiscatable, uncensorable Hard Money, so I welcome it.

You were one of the first people to report on Bitcoin. But who has had the most influence on you as far as getting into bitcoin goes?

Max Keiser: I have a patented technology for creating digitally scarce money (us pat. 5950176) secured in 1996 so I’d say it was my work at that time creating digital money for my startup the Hollywood Stock Exchange that put me on the Bitcoin path.

Is understanding Bitcoin an ever-evolving process? You frequently talk of Bitcoin as a new type of increasingly self-aware entity of sorts. Can you speak a bit more about this?

Max Keiser: Bitcoin came into existence as a spontaneous life form that grew out of our global, collective consciousness as a defense mechanism to fight predatory central banks. Jamie Dimon is a parasite, like a tapeworm, and our species had no defense. So with God’s help, we collectively willed Bitcoin into existence to fight fiat money, fractional reserve banking and Keynesian debt-money propaganda.

Which company or person has done the most for Bitcoin in recent years in terms of adoption?

Max Keiser: The biggest driver of adoption has been financial terrorists on Wall St and central banks. The more they print, the more people flee to individual sovereignty and Bitcoin.

What’s your view on the popular stock-to-flow model (created by planB), and what do you say to those who don’t believe its price hypotheses such as $288,000 this halving cycle?

Max Keiser: S2f is an analytical tool that some people, like myself, like. It’s like technical analysis and chart reading. Some people like TA and swear by it. Some don’t. There is no proof that TA has any forecasting ability greater than coin-flipping. Same for S2f, but each has its fans for various reasons.

These tools are helpful to organize your thoughts and to imagine price points, trends, etc. Individuals like different analytical tools for different reasons.

Ultimately the only thing that matters is that Bitcoin has no top because fiat money has no bottom.

What do you think is causing the hash rate vs. price lag, which you recently said implies a $35-50K BTC value?

Max Keiser: The price lag vs. hash rate is due in part to the existence of shitcoins that muddy the waters. As BTC dominance climbs, this distracting noise will die off and we’ll see price catch up to hash rate.

What do you think about the future of DeFi?

Do you plan to have Saifedean Ammous on the Keiser Report or Orange Pill Podcast? What do you think about his idea of “fiat life” (food, art, etc.) versus life on a Bitcoin standard?

Max Keiser: Saifedean and “The Bitcoin Standard” took the industry up to a higher base-camp on our quest to conquer the Mt. Everest of money. Yes. He’ll be back on KR and OPP for sure.