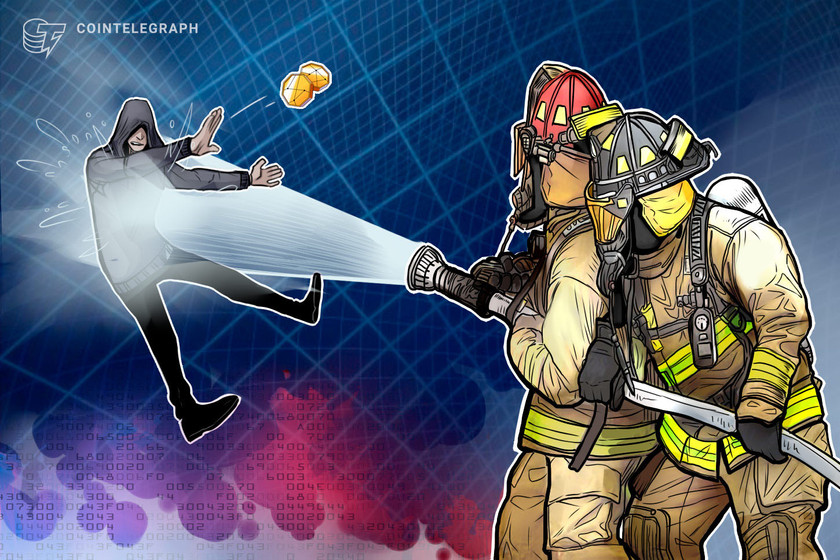 The centralized part of “CeDeFi” did not seem to help, though.

Binance announced Wednesday the successful recovery of $344,000 in funds from the attempted exit scam of Wine Swap, a project on the Binance Smart Chain (BNB).

Wine Swap was an automated market maker platform similar to Uniswap that launched on Oct. 13. Within an hour of the launch, it had amassed $345,000 in funds, which were promptly pulled from the platform by the creators of Wine Swap.

The funds were then spread across several directions in a bid to get them out of Binance Smart Chain. The majority were swapped to the Ethereum blockchain, though a portion was also sent to Binance’s centralized bridge and two other exchanges. These were promptly frozen, Binance said.

The Binance team was later able to identify the creators of Wine Swap through on-chain analysis. The perpetrators then returned the money upon learning that they had been caught.

The money is expected to be returned in its original denominations after the alleged scammers converted some of it into other tokens.

The story is not too different from DeFi hacks like dForce or bZX’s September hack. In all cases, the perpetrators were caught through on-chain analyses or other external factors.

Binance maintains that it cannot control funds on Binance Smart Chain, not even by freezing them. Only those that make it to the exchange are under the company’s control.

The incident illustrates how it may be possible for hackers and scammers on Binance Smart Chain to evade capture by using some of the decentralized bridging options.

Nonetheless, the Smart Chain ecosystem remains siloed: Binance largely controls validation through its BNB stake, and the bridges seem to be presenting a useful chokepoint to bolster on-chain tracking.