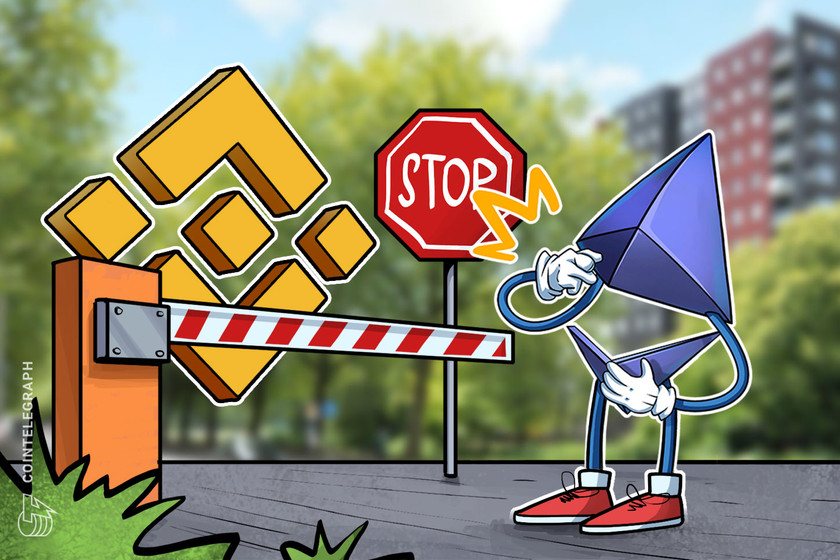 The Ethereum network has suffered what looks like a hard fork on Wednesday as reports emerged of outages and irregularities on infrastructure providers Infura and Blockchair.

While initially it was believed to be an internal issue in Infura, a hosting service used by some exchanges and service providers to interact with the Ethereum network, independent node operators reported issues as well.

During the incident, Binance has paused withdrawals and its CEO Chanpheng Zhao referred to a “possible chain split” as the culprit. The exchange has since resumed withdrawals at 10:20 UTC.

Blockchair, a popular block explorer, reported of a discrepancy between the blocks it saw and those published by Etherscan. After block 11234873 at 7:08 AM UTC, the two explorers began showing two different blockchains.

An image published by the team shows at least 14 blocks mined on a minority chain, which seems to indicate that some miners suffered from the issue as well.

As developers attempted to triage the issue, Peter Szilagyi, lead for major Ethereum node software Geth, hinted that the first action should be to upgrade to the newest release.

Shortly after, Blockchair reported that upgrading Geth fixed the issue, noting that there was likely an unplanned incompatibility introduced in new versions by Geth developers.

Szilagyi noted that Infura “is using an ancient version of Geth” and thus could have suffered from a similar synchronization problem.

In a conversation with Cointelegraph, Blockchair development lead Nikita Zhavoronkov said, “it seems that a minor hard fork occurred without anyone noticing it.”

According to him, developers “broke something in the latest releases,” which led to a consensus issue and an unplanned hard fork. Anyone who did not upgrade to the latest version was thrown off the rest of the network. Szilagyi put a different spin to the issue, saying that the new release “fixed a consensus bug.”

Either way, two parts of the network were unable to talk to each other, which caused significant — if temporary — issues. As of press time, Infura has yet to restore full functionality though.