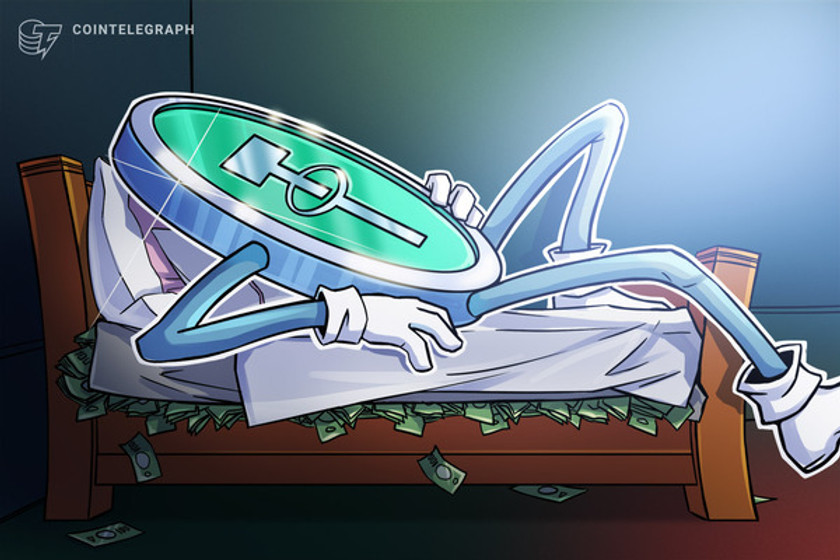 Of the 450 million new USDT tokens, more than 185 million have been distributed with 126.9 million USDT going to Binance alone

The Tether (USDT) Treasury has minted almost half a billion new USDT tokens and distributed more than 185 million tokens to exchanges and other addresses in the last 36 hours.

As shown by blockchain tracker Whale Alert, two transactions of 150 million and 300 million USDT tokens were minted on Oct 20 and Oct 21 respectively.

The first 150 million was printed only hours before Paypal’s announcement and the Bitcoin (BTC) price rally that followed.

Although some raised the usual allegations of market manipulation in response to Whale Alert’s tweets, both transactions were acknowledged by Tether CTO Paolo Adoino as unissued “inventory replenishes” on the Tron (TRX) Network:

Since yesterday’s 150 million USDT minting, 15 transactions totaling 185.9 million USDT have been sent to exchanges including Bitfinex, and Huobi, as well as several “unknown addresses.”

Almost 70% (126.9 million USDT) of the tokens sent out of the Treasury ended up going to Binance.

The Tether Treasury wallet now holds only a little more than 280 million USDT. The last of the transactions occurred one hour after the 300 million USDT run was minted.

Tether issuance has been frequently linked with Bitcoin price rallies, although there is a constant “chicken and egg” debate over whether the issuance leads the rally, or is in response to demand.

In April this year, Tether minted 160 million USDT during Bitcoin’s price rally to $9,000. It came one week after research was released that argued that USDT isn’t used to manipulate Bitcoin’s price.