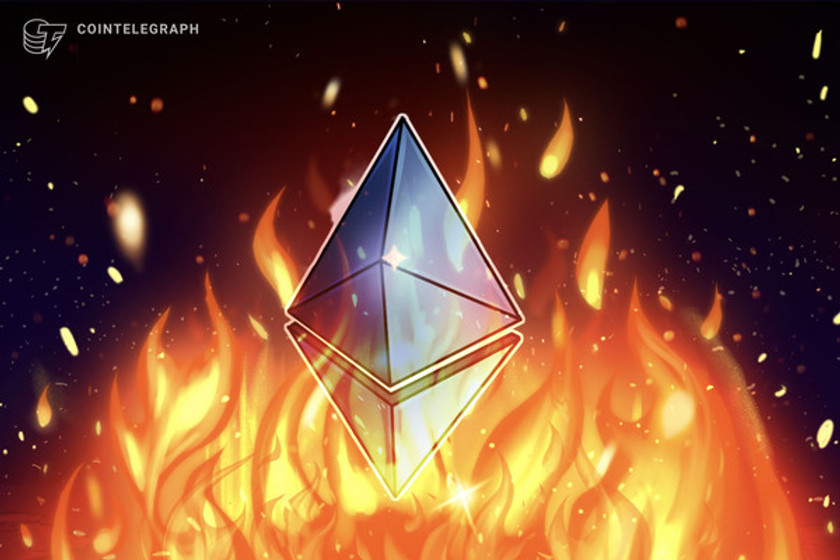 The long awaited EIP-1559 would have seen almost 1 million ETH burnt in the last 365 days if it had been implemented, but miners are yet to get on board.

The controversial Ethereum Improvement Proposal (EIP) 1559 would have burnt 970,000 Ether (ETH) — with a total value of $360 million — in the last year, if it had been implemented. EIP-1559 seeks to reduce transaction fees by introducing flat fees alongside a burn mechanism,

The findings, based on Dune Analytics data and published by the Head of DTC Capital Spencer Noon, have raised questions among some in the wider Ethereum community as to why the proposal has not been implemented already. Twitter user ‘Laur Science’ suggested it should be implemented in the next hard fork, adding:

“Hopefully, we don’t keep discussing this for two more years while miners get too much $ETH and dump it for $USD, keeping the $ETH price in check.”

Although the idea of burning fees has long been considered, even prior to Ethereum’s genesis block in 2015, EIP-1559 was the first serious proposal to suggest integrating the concept into Ethereum’s code.

The current proposal, first suggested way back in 2018 by Vitalik Buterin, would drastically change how transaction fees are calculated. EIP-1559 proposes that all transactions have a standard flat fee called a ‘basefee’. This fee is burnt and the incentive for miners comes from users adding a ‘tip’ on top of the base fee.

The proposal allows the basefee to be varied to help keep block size around 10m gas. Ultimately, the proposal has four design goals — predictable fees, consistent blocksize, increased security, and preventing economic abstraction (fees being paid in other tokens).

As EIP-1559 will significantly impact how miners earn revenue it has triggered push-back from the mining community who have recently been enjoying record revenues. A week ago Messari stated that Ethereum fees have surpassed Bitcoin fees for a record breaking two months.

That same day ConsenSys developer Tim Beiko published the results of a survey of 25 teams building on Ethereum about the proposal. Of those surveyed, 60% responded in favour, however, eight of the nine mining firms queried asserted they would reject the proposal if implemented as a hard fork.

Earlier this year, Metamask lead developer Dan Finlay, expressed concern behind placing the responsibility on miners to fix the ‘basefee’ parameters. Ultimately, Finlay suggested the net effect of the proposal would be to make, “the tip a sort of single-price auction within each block that reproduces all the problems of the current market but with the additional complexity of this one”.

Ethereum Name Service developer Nick Johnson, stated his apprehension of the proposal due “the lack of any formal analysis that shows 1559 behaves as intended.”

In July, responding to ever increasing gas fees, Vitalik Buterin once again called on EIP-1559 as the ultimate solution.

Transaction fee revenue is now nearing half as high as block reward revenue. This actually risks making ethereum *less* secure because of https://t.co/Dase8SL30z. Fee market reform (ie. EIP 1559) fixes this; another reason why that EIP is important. pic.twitter.com/eqU3tAMh67

Within one month of Buterin’s Tweet, total transaction fees for Ethereum passed that of Bitcoin (BTC) before taking a steep ascent to all-time highs.

This is not the first time, EIPs have divided the Ethereum community due to malaligned goals. Last month, EIP-2878, which would reduce block rewards by 75%, was also criticised heavily by the mining community.