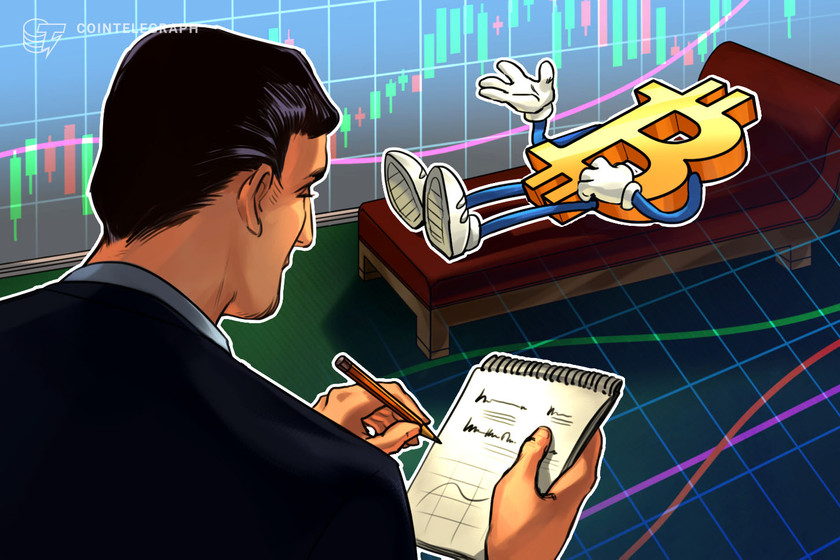 The Bollinger Band shows the Bitcoin price might see a spike in volatility, similar to 2016’s post-having cycle. 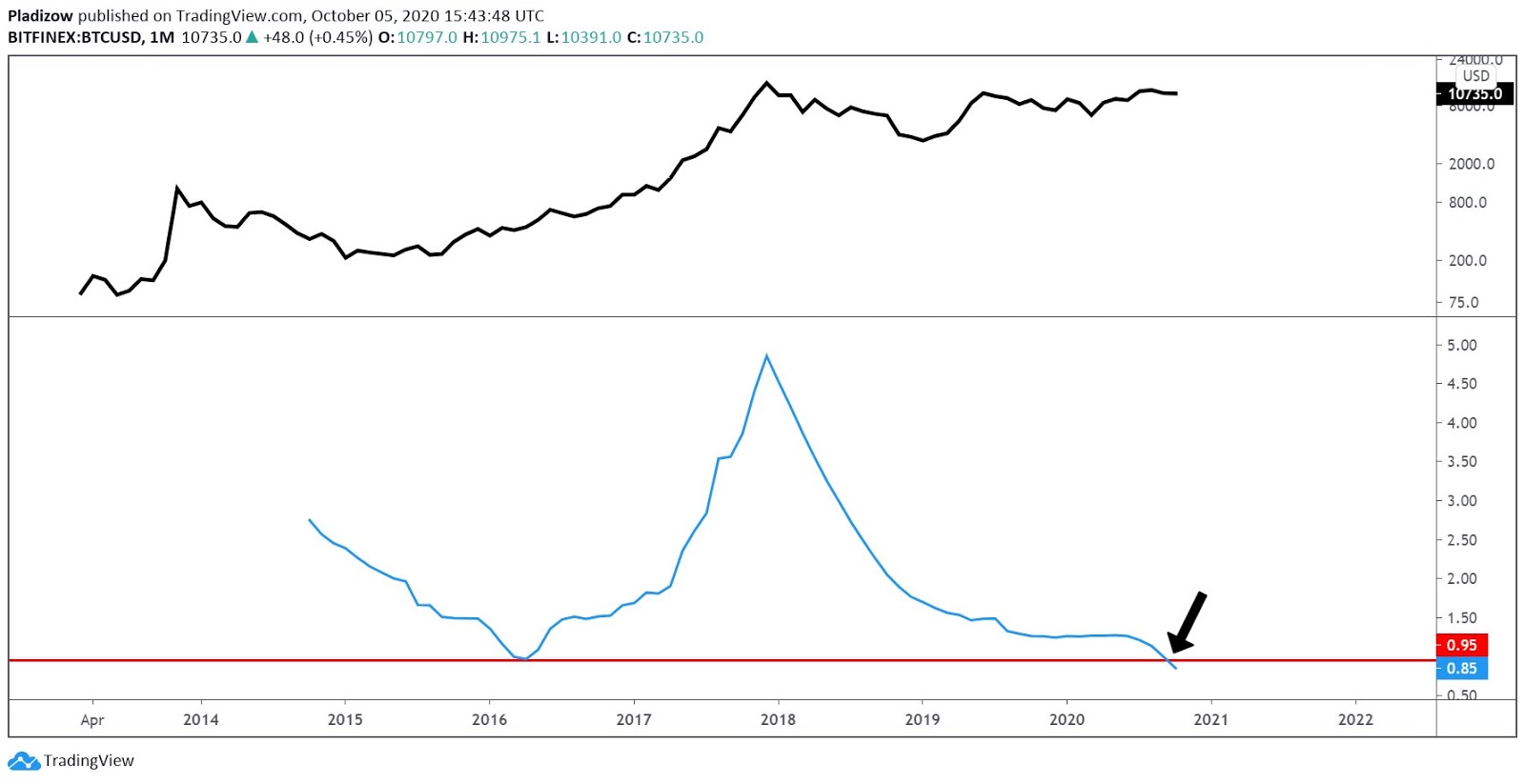 In the months to come, the volatility of Bitcoin could gradually increase if a similar pattern ensues as 2016.

Is a post-halving Bitcoin bull cycle beginning to materialize?

The Bollinger Band uses the moving average of an asset’s chart to determine a volatility range.

The primary reason why a narrow Bollinger Band indicates a volatility spike is likely because it means the range is getting tighter.

If Bitcoin drops or increases within a tight range, the possibility of breaking down or upwards from the range increases.

As an example, it would be challenging for BTC to break out from a $9,000 to $12,000 range. The price range is broad and it would take significant buying demand or selling pressure for the range to break.

According to Bitcoin trader Nunya Bizniz, the Bollinger Band for the monthly chart of Bitcoin has never been narrower.

The monthly chart covers until 2013 when there was not a proper exchange market in place. Hence, it essentially covers most of BTC’s historical price cycles.

The Bollinger Band width is reaching an unprecedented area that BTC has not seen before. Considering the trend, Bizniz suggested that volatility might be incoming.

Bitcoin has been stable for a prolonged period within a tight range between $10,500–$11,000. As such, investors are beginning to expect a major BTC price movement to emerge. 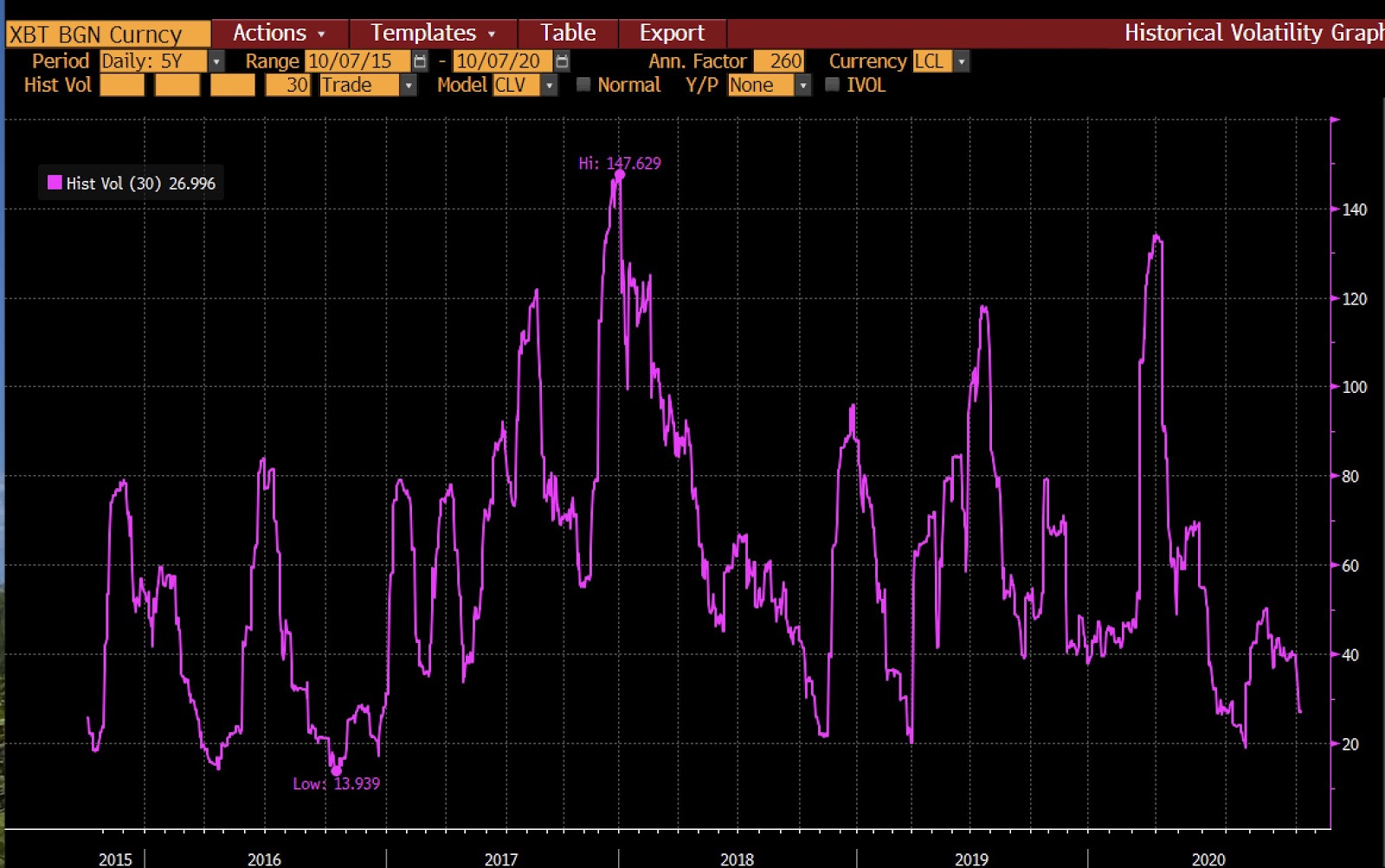 “Bitcoin 30 day historic volatility has been falling fast and is in the 20’s. In the past it has hit 20% vol 7 times. 6 times prices exploded higher immediately and vol hit 80% in a few months. 1 time (Nov 2018) prices fell sharply. Either way, a big move is coming soon.”