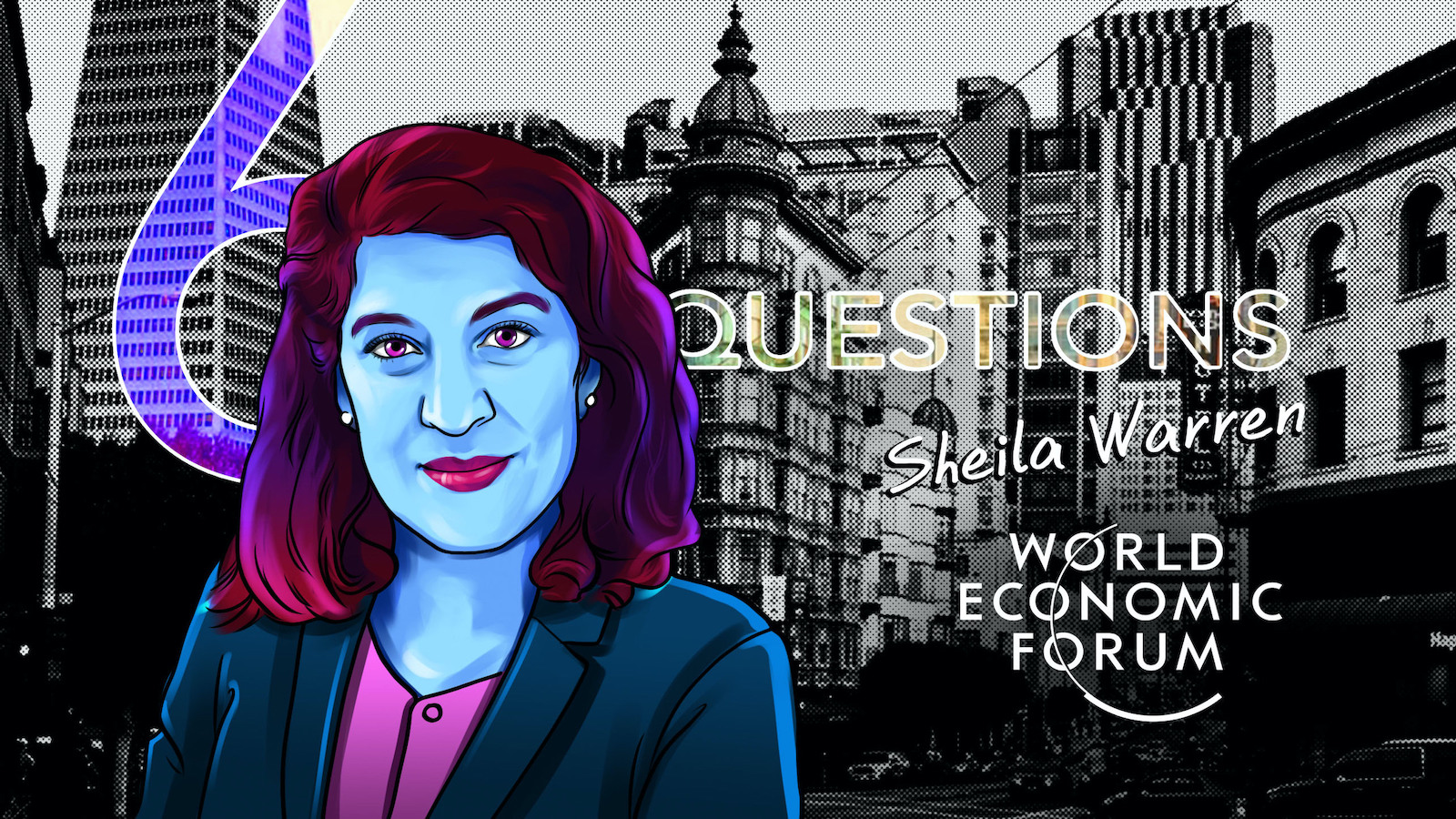 “If we’re not solving actual problems, what is the point of any of this?”

Each week we ask the buidlers in the blockchain and cryptocurrency sector for their thoughts on the industry… and we throw in a few random zingers to keep them on their toes!

This week our 6 Questions go to Sheila Warren, head of blockchain and DLT at the World Economic Forum.

Sheila serves on the executive committee of the World Economic Forum and the leadership team of its Centre for the Fourth Industrial Revolution, working with public-, private- and third-sector actors around the world to advance the adoption of new technologies in the global public interest. She currently focuses on blockchain, digital assets, data policy and the integration of new technologies with new data governance models.

Previously, Sheila was on the executive team at social enterprise TechSoup, built NGOsource a service that focuses on international grant-making and was a Wall Street lawyer. She is on the boards of the ACLU of Northern California and the Equal Justice Society, and she advises various groups, including ones focused on blockchain technology, digital currency and data ethics.

1 If the world is getting a new currency, will it be led by CBDCs, a permissionless blockchain like Bitcoin, or a permissioned chain such as Libra?

It all depends on what problem the new form of currency is addressing. This whole “one ring to rule them all” mentality makes no sense to me; these things serve different purposes, often deliberately, and there is room for all of them! As far as what will lead, I guess I’d ask lead whom? I’m mostly interested in opportunities for financial inclusion, and any of these could potentially play a role in addressing the needs of the un/underbanked. If we’re not solving actual problems, what is the point of any of this?

2 Which countries are doing the most to support blockchain and which ones will be left behind?

We’re seeing the most innovation in smaller and/or frontier economies and, of course, China. Any country that is not paying attention and either already making investments in this area or standing by at the ready to do so is already behind. That being said, larger economies can certainly catch up once they do decide to enter the field, because of the resources they can bring to the table. I’m particularly excited right now about what’s happening in the Caribbean, ASEAN, and the African continent (Sierra Leone, Nigeria, Uganda, Ghana, and others). And I’m paying very close attention to China and South Korea.

3 If you didn’t need sleep, what would you do with the extra time?

I have little kids, so I don’t sleep much to begin with! Honestly, if I had any extra time, I would sleep. Sleep is the most important thing I’m not doing enough of, and everything else is a distant second place. But if sleep were covered, I’d read even more than I already do. I get through about a book a week and would love to increase that!

4 What talent do you lack, and wish you had? How would you use it if you had it?

I’m a musician, but I’m a pretty terrible visual artist. I never really progressed beyond stick figures, and my seven year old is routinely embarrassed by my creations. I wish I could draw! If I were better at this, my notes would be so much more interesting. I admire artists so much the way they see the world is inspiring. I think having this particular form of sight would expand my perspective.

5 What is the biggest obstacle facing Ethereum today and what is its biggest opportunity?

Keeping the community engaged. Ethereum is where it is today in large part because of its community, and various groups have done a lot to ensure that loyalty goes beyond people looking to exit quick/yield farm etc but encompasses a lot of people who want to build. The potential for ETH is enormous, IF the community stays engaged and committed through the next phase. Community management is super hard under the best circumstances, and these are not those.

6 What should we be teaching our kids?

We should be teaching our kids to stand up for what is right through action. It’s not enough to set their moral compass and hope for the best; they need to be taught what effective resistance looks like. We also need to make sure that our kids are actively anti-racist and are stewards of the global commons. And that they should always vote!