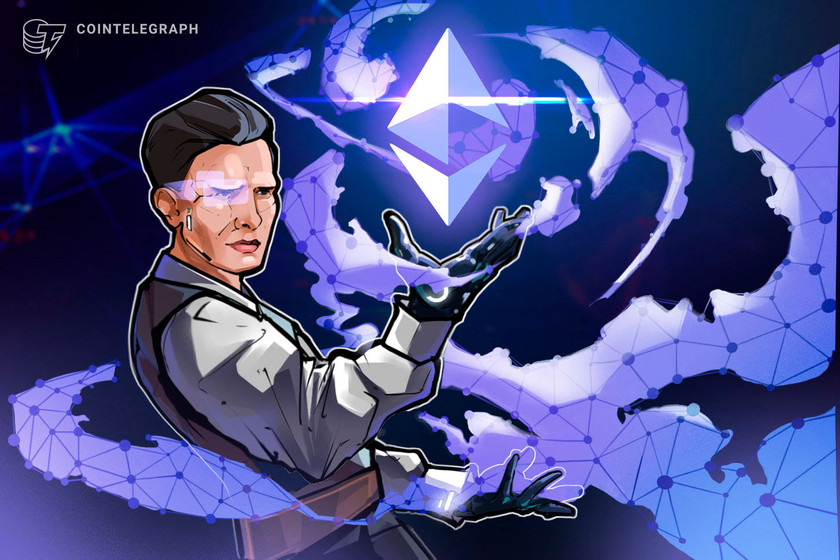 While a rally in the latter half of the week saw major names across the decentralized finance (DeFi) ecosystem climb upwards of 100%, Axie Infinity — the Pokemon-inspired NFT game — carried the banner for the NFT space, capping off a wild week of progress with a record-breaking 300 ether (roughly $130,000) sale.

The eye-poppingly expensive Axie — the NFT-backed critters used to play and battle in the Axie Infinity game — is named Angel, and is one of 19 “triple mystic” Axies currently in existence. Angel was sold on Friday on NFT marketplace Opensea, where it was then almost immediately re-listed for a staggering 666 ether (over $250,000) sum.

The sale topped a strong week for the game which was filled with updates and news. Among the highlights were a livestreamed “The Last Lunacian” tournament, a collaboration with DeFi lending protocol Aave on a limited-edition NFT set, and a breach of 9,000 monthly active users.

Perhaps most exciting for Axie community members, however, was the launch of Axie Infinity Shards (AXS), Axie’s governance token, which went live on Tuesday. According to the Axie website, the tokens will be used to earn staking rewards, function as currency on Axie’s native NFT marketplace, and grant holders voting rights in the forthcoming governance system.

“It’s clear that the world is waking up to the massive potential of Axie Infinity and this special community we’ve cultivated,” said Axie Infinity Growth Lead Jeff “Jiho” Zirlin in a statement to Cointelegrap. “AXS, the Axie governance token, will be the cornerstone of our mission to empower millions of gamers.”

AXS was listed on Binance on Wednesday, where it currently trades at $.14 — up 40% from its public sale price.

Major metrics are pointing up for the game across the board on the year. The total number of wallets which currently hold an Axie NFT has gone from 3,045 to 14,929, a rise of 490%, and likewise total marketplace participants have risen from 2,056 to 10,042, a rise of 488% — both in the midst of parabolic flights, according to data provided by Nansen.

Axie’s progress may also reflect a growing interest across the NFT space. In a recent interview, Aavegotchi co-founder Jesse Johnson said that NFTs may soon become a backbone of DeFi, and the NFT space as a whole has been valued as high as $100 million.

For his part, Zirlin believes this is just the beginning for NFTs in gaming:

“This is just the beginning of a trend that will culminate with many of the worlds most popular games being owned and operated by the communities that play them.”