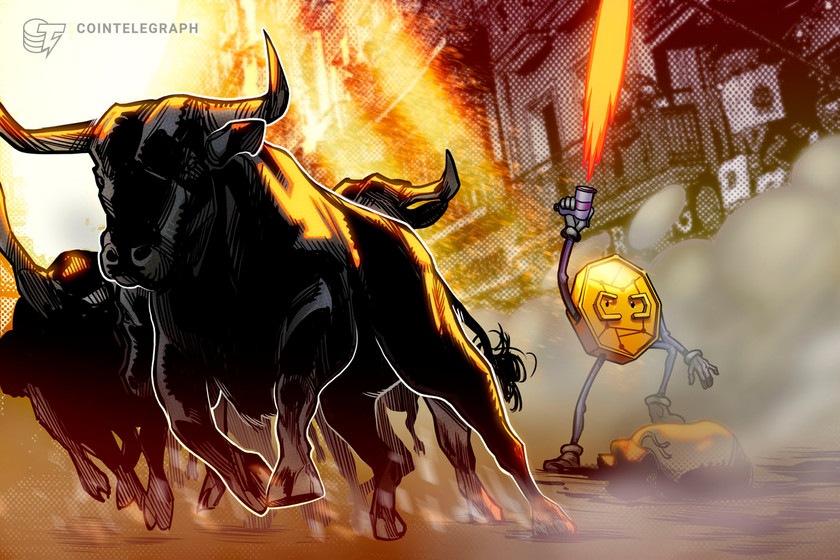 Bitcoin’s newly found bullish momentum has traders targeting $12,000 and above.

Bitcoin (BTC) price had been acting inside a narrow range for the last few weeks but the momentum and trend shifted as a bullish breakout occurred on the announcement that Square had allocated 1% of its cash reserves to BTC.

Despite this strong upside move, traders are still cautious as they are unsure whether the bullish momentum is back or if this is just a temporary blip.

The daily chart of Bitcoin is showing a clear upward move toward the upper range resistance. The critical factor to watch is whether the $12,000-$12,400 resistance zone breaks as that would imply another impulse wave is on the horizon.

While most investors were expecting further movement to the downside, the complete opposite happened. In the past week several negative news items surfaced but none of these impacted the price of Bitcoin.

However, what did move the market was the announcement of a $50 million allocation from Square. Shortly after the news, the triangle broke out to the upside and rallied right through the $11,100 resistance zone.

This led to a strong bullish reaction across the crypto markets. A more decisive move to watch for would be a clear breakout of the current range-bound structure and this would occur if the price can push above $12,000.

Such a breakout seems unlikely to occur in the short term as Bitcoin’s price is approaching the resistance zone in one go.

The current movements can be compared with the start of the previous bull cycle at the beginning of 2016.

During the start of the previous bull cycle, similar movements were seen. It’s before the parabolic moves occur, through which the period can be defined as boring.

In 2015 and 2016, a period of six months was defined by range-bound construction before a breakout happened.

During these constructions, previous resistances were confirmed as support, after which a dull sideways period continued to occur.

As the chart shows, the previous resistance zone at $10,000 was tested for confirmation, and this is exactly what occurred.

This confirmation led towards a bounce, just as the previous days have shown. The critical level to break for further bullish momentum is the $12,000 resistance zone.

However, as the current construction is similar to the movements in 2016, a breakout could take a while to occur.

In such a way, if the breakout above $12,000 happens, a bullish move towards $17,000 is very much on the horizon. The area around $17,000 is the next central pivot, and final hurdle before new all-time highs can occur.

A possible scenario for Bitcoin

A very likely scenario is the continuation of the range-bound movements, as discussed primarily in this article.

In that sense, the upper resistance zone is found between $12,000-$12,400. A breakout is unlikely to occur in one-go, meaning a retest of lower levels is on the tables.

What is the crucial area to hold for further continuation? That’s found at the trendline, but similar with the support level shown in the next chart.

The upper green zone between $10,600 and $10,850 is crucial to hold. If this level holds and the scenario continues to develop from here, the bull market is still on fire.

As discussed previously, a breakout above $12,000 would mean a big impulse wave to the upside and the potential continuation towards a new all-time high.