MyEtherWallet CEO and Founder, Kosala Hemachandra, has brushed off concern following a major sell-off across the DeFi market that has seen it lose $1 billion in value.

DeFi tokens like YFI and LINK have fallen exponentially since the peak in late August as investors being to switch focus back to Bitcoin in light of its rally above $13,000.

The vast majority of DeFi tokens are built on Ethereum’s blockchain, which adds a fairly crucial variable in that when Ethereum 2.0 goes live, projects will be able to run more seamlessly amid scalability improvements. 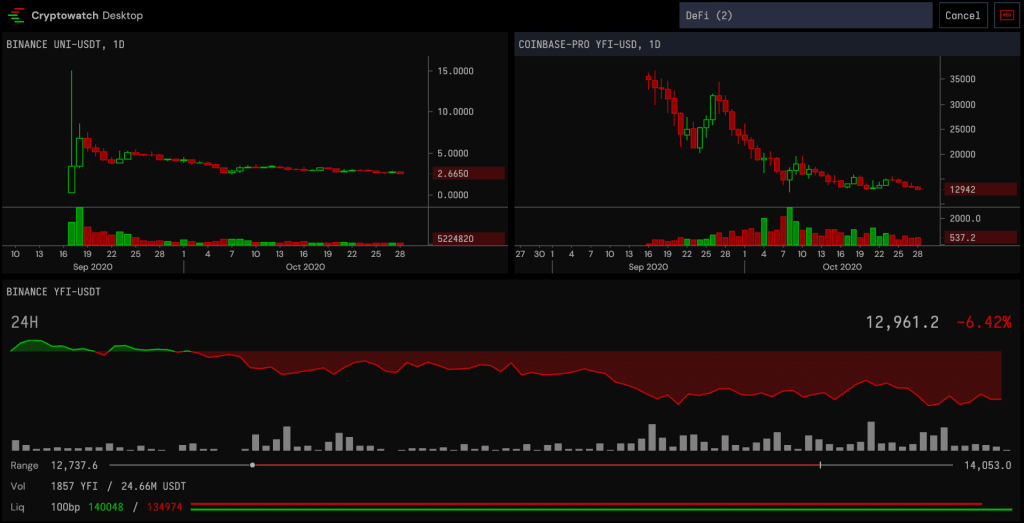 “It’s easy to see these overnight or multi-day movements as a slowdown or to read too much into the market, but the reality is that DeFi is up over 1,700% this year in TLV. Price fluctuations aren’t unusual in new asset classes, and although DeFi’s certainly an experiment, it’s garnering interest that makes me immensely excited for its future.”

In what has been eerily reminiscent to the 2017 bull run, altcoins like Ethereum and its subsequent erc-20 tokens have sold off against Bitcoin during the recent run.

DeFi will likely recover when Bitcoin re-enters a period of consolidation as this is when traders will attempt to lock in profits and diversify into more speculative assets.