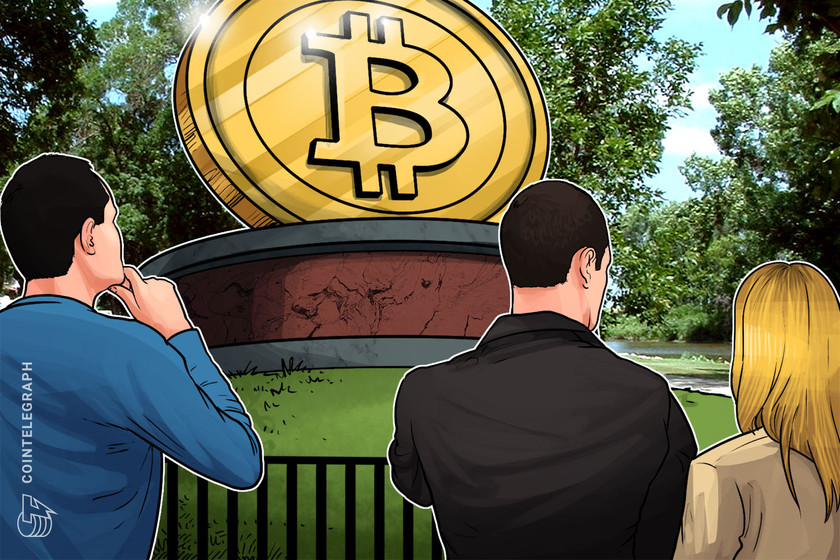 Bitcoin’s rally to $15.9K stole the limelight from DeFi tokens and decentralized exchanges but the tables could turn rapidly.

Bitcoin’s long-waited bull run and the recent wave of corporate and institutional investors allocating significant portions of their reserves to Bitcoin (BTC) are all signs that the pace of crypto’s mainstreaming is rapidly accelerating: But has the path to mass adoption come at the cost of privacy and decentralization?

Know Your Customer and Anti-Money Laundering laws have forced the majority of cryptocurrency exchanges to become more transparent about who their users are, and those who refused have had to limit the jurisdictions in which they can offer services.

In order to operate legally in many countries, many exchanges have had no choice other than to abide by strict AML procedures, and aside from Monero (XMR), swathes of privacy coins have been delisted from most major exchanges.

Recently, regulators have begun to crack the whip and jurisdictions around the world continue to propagate further measures to ensure investors disclose their crypto holdings and pay taxes on their profits.

And this is all happening as the United States Department of Justice arrested the co-founder of BitMEX and the CFTC charged its owners with running an illegal crypto derivatives exchange.

Roughly a week later, the Financial Conduct Authority, the United Kingdom’s top regulatory watchdog, went as far as to ban investors from derivatives trading at all crypto exchanges.

All of these maneuvers are designed to force compliance on crypto service providers, and while they may eventually assist with furthering mass adoption, many crypto ideologues are looking for alternatives to press their case for financial self-sovereignty.

Decentralized exchanges may be the solution

A growing number of investors feel that centralized crypto exchanges essentially operate in the same manner as traditional banks. As a response to this, decentralized exchanges such as Uniswap, 1inch, Curve Finance and Balancer grew in popularity throughout 2020.

For more sophisticated investors, decentralized exchanges offering derivatives trading have also become available. Similar to traditional derivatives, crypto exchanges offering the service essentially act as the broker, but the process is marginally different on decentralized exchanges. This is because they utilize smart contracts in place of a broker, and the derivatives contracts are settled when the contract terms have been met.

At the moment, Synthetix is one of the most popular decentralized derivatives exchanges, and in 2020, it saw its total value locked rise to $1 billion before a sharp sector-wide correction led to a drop in TVL and daily active users at the majority of DEXs.

The exchange allows users to create an instrument called a synthetic asset “Synth” that can track gold, fiat and cryptocurrencies. It also allows the creation of assets that track the price of assets inversely.

Platform users can also stake the native SNX token as collateral in order to mint new synths, and similar to Uniswap, those who provide liquidity are rewarded by earning a portion of the exchange’s transaction fees.

Those familiar with DEXs like Uniswap will know that literally, anyone can list a new asset, which, in the case of derivatives, means any underlying asset can be transformed into a derivatives instrument.

These platforms allow users to trade derivatives without the need to deposit funds in any centralized platform, and they are not required to complete any KYC procedures.

When asked how DEXs can remain compliant with financial regulators, Wintermute bluntly explained in a unique vernacular that:

“They can’t. this is a new layer of financial infrastructure, not an addition 2 z current financial system. it’s like TCP/IP or FTP, not jst a decentralized crypto exchange. U can’t stop z code or ban internet. unless public blockchain is open & permission-less it’s almost impossible 2 ban decentralized derivatives protocols.”

Wintermute further explained that decentralized derivatives are alluring to a particular subset of investors because:

According to Wintermute, the number of investors actually using DEXs is quite small, compared to the total number of crypto investors. To Wintermute, this means the FCA derivatives ban and the recent legal actions taken against BitMEX are completely irrelevant and non-applicable to decentralized finance protocols.

“Decentralized derivative is a part of small crypto world. there r 100M+ of crypto holders globally. around 5-10 of them might b actively trading crypto derivatives (globally). i don’t think that FCA ban has opened any new interesting opportunities. nothing has changed.”

After being pressed to elaborate on the chance that the SEC, FCA or other regulators might not attempt to shut down a platform such as Uniswap and arrest its founders, Wintermute said:

Wintermute also appeared to shake off the recent BitMEX scandal, sharply replying that:

“I don’t think that somebody gives a f— abt DeFi or DEXes. bitmex guys have so many shady things inside that this might b a great target 2 attack while DeFi / DEX protocols have 100% transparency & u can’t take a person 2 jail 4 buidlin’ a website that jst has numbers on it which r transparent 4 everyone else in z world.”

Ultimately, Wintermute believes that “Bakkt/CME & other wall s— guys r so angry that no one uses their s—– products that they now takin’ crypto entrepreneurs & tryin’ 2 send them 2 jail.”

The anonymous developer then explained that in her view, the “meta game is 2 ban every cool crypto products & try 2 cannibalize on their user base but with compliant s—– products.”

While there may be merit to some of Wintermute’s bold assertions, the arm of the law is quite long, and as we have seen with the now-defunct ICO era, bringing those who violate securities laws takes time.

In 2020, the total value locked in DeFi platforms has risen to $12.6 billion, and data from Dune Analytics shows that Uniswap processed $11.2 billion in volume in October. These massive figures are sure to catch the eye of U.S. and international regulators so it may only be a matter of time before legal action is taken against DEXs.

Decentralized exchanges are a testing ground for layer-two solutions

In addition to addressing privacy concerns and restoring decentralization to the crypto sector, DEXs also provide a sandbox for layer-two developers to play in. As has been thoroughly reported by Cointelegraph, scaling within the Ethereum network has been a persistent challenge.

When the network becomes congested during high demand periods, gas fees increase exponentially, and transaction speeds grind to a halt. With Ethereum 2.0 in perceptual “development,” a number of DEXs have begun to experiment with integrating layer-two solutions to provide users who are willing to forgo the Ethereum network with cheaper, faster options.

Project Serum is probably one of the better-known success stories for a non-Ethereum based DEX.

The decentralized derivatives-based project is built on the Solana blockchain instead of the default Ethereum network that most DEXs operate on, but it is also fully interoperable with ERC-20-based assets and Bitcoin.

FTX CEO Sam Bankman-Fried and his team are the brains behind Project Serum, and according to Bankman-Fried, the project is designed to circumvent the privacy and safety concerns of centralized exchanges by giving users a permissionless method to invest with leverage and swap assets.

The project also provides a cheaper alternative to the high gas fees and slow transaction speeds that frequently plague the Ethereum network during periods of high traffic.

“In order to build a product capable of offering fast, cheap order matching, you need a chain with high throughput. This demand increases further for trading nonstandard markets and handling risk or liquidations. Serum chose to build on Solana because the chain has focused on a unique and powerful vision for scaling.”

According to Bankman-Fried, technical issues such as congestion and high fees can make or break an investor. Regarding high fees, he said:

“They’re fatal: You basically cannot have derivatives on Ethereum because of the scaling problems. To the extent that decentralized derivatives have growth opportunities, they’ll either be on a new L1, or on an L2.”

Bankman-Fried also agreed with Wintermute’s claim that hardly anyone is using DEXs, as “the vast majority of derivatives volume is on centralized exchanges,” but he suggested that in theory, “composability and self-custody” should be incentives for more users to join the movement.

One DEX to rule them all

Currently, investors have shifted their attention back to Bitcoin as the digital asset pursues a new all-time high, and data from Cointelegraph and Digital Assets Data indicate that DEX trading volume and daily active users continue to decline.

While this is likely disappointing to investors, it at least provides developers some quiet time to focus on properly integrating layer-two solutions to DeFi protocols.

The trend of major cryptocurrency exchanges becoming more centralized is unlikely to change anytime soon. This means that the first DEX to successfully provide a platform with low fees, privacy protections and a fast user-friendly interface will rule supreme once investors make the choice to invest in decentralized finance and decentralized derivatives again.