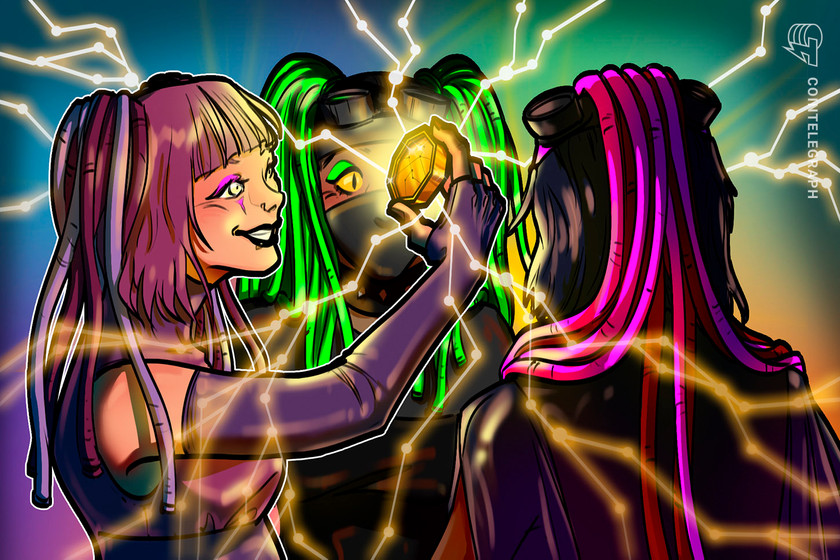 Crypto and DeFi remain mostly a subculture in the world of global finance. What does the industry need to do to achieve real, mass adoption?

Satoshi Natakmoto’s anonymity and powerful mining-incentive mechanism are key examples of what made Bitcoin (BTC) unique and led to its unparalleled success. But for truly democratized money and finance to be achieved, it is worth reminding enthusiasts that Bitcoin was an iteration in a series of trials and errors that go back as far as the 1980s.

David Chaum conducted research as early as 1982 that laid the groundwork for the invention of “Computer Systems Established, Maintained, and Trusted by Mutually Suspicious Groups.” Other cryptographers — including Adam Back, Hal Finney, Nick Szabo and Vitalik Buterin, to mention just a few — have also been hugely influential in pushing the groundbreaking technology forward. Thanks to these early pioneers, we are now embarked on a journey that will continue long into the future as experts and tinkerers relentlessly look for ways to improve on the existing and solve real-world problems.

Popularizing technologies like Bitcoin is equally reliant on the evolution of the infrastructure and devices that allow them to function. Satoshi’s 2008 white paper coincided conveniently with the invention of the iPhone and the wider proliferation of smartphones, which has allowed mobile-app developers to put wallets and other crypto-focused tools into the hands of millions of people worldwide.

Bitcoin’s close cousin, Ethereum, has experienced colossal growth in recent years and is widely agreed to have been the driving component behind 2017’s controversial, but unquestionably disruptive, ICO craze. That year, we saw the global cryptocurrency market capitalization rise meteorically to over $800 billion, bringing the technology to the attention of political and financial leaders globally in an abrupt fashion.

Ethereum is now inarguably the de facto standard for all non-Bitcoin experiments. Identity management, prediction markets, supply chain management and real estate are just a few areas that have been subject to ideation and experimentation on the Ethereum platform since its creation. However, the latest big push for innovation is in the world of decentralized finance.

Open-source projects like Uniswap, Compound, Yearn.finance and Synthetix have exploded in 2020. An impressive $11 billion has been locked into smart contracts, according to the data, providing liquidity for a plethora of financial services and instruments in lending, payments, insurance, derivatives and decentralized exchange.

Unlike legacy banking infrastructure, what excites industry participants and enthusiasts about DeFi is that it allows anyone to build and launch financial products in a way that is permissionless. Breaking with the inertia that has been characteristic of global banking for decades, this is set to strip centralized actors of monopolistic power and leverage over time. Many are hoping that DeFi will allow financial services to be built in a way that is more equitable, unlocking economic growth for individuals and communities that have until now been underserved.

In the corporate world, long-term company visions are built top-down, starting in the boardroom and cascading through management to employees.

In contrast, many of the latest DeFi projects are being built with the intention of quickly decentralizing governance to the wider community of tokenholders to form bottom-up structures. This is done by relinquishing control of key components such as treasury management, code changes and legal entities to eliminate single points of attack by nation states or malicious actors.

Combatting mounting wealth inequality, political corruption and the monopolization of technology by companies in innovation hubs like Silicon Valley are all a part of what motivates many actors in this industry. A culture of radical decentralization has developed within large factions of the crypto community. However, it remains debatable whether this extreme approach is the most effective way to solve societal problems.

Discouraging disproportionate control or influence from centralized actors is an unquestionable priority. Nonetheless, leading predominantly with an ethos of “decentralize everything,” at all levels of the industry and technology stack, can potentially lead to inefficiency.

The rapidly evolving nature of DeFi is the very thing that makes the future so difficult to predict. Will on-chain liquidity provision become institutionalized? Will billions of people across the world connect to their own chosen yield-earning pools? What is the future of centralized exchanges with game-changing innovations such as Uniswap and Loopring now taking centerstage? As liquidity moves away from centralized systems, what is the future of payments?

In this limitless new world of smart contracts and “augmented money,” what creative new ways will be invented to secure networks, ensure rapid transaction speeds and provide attractive incentives for businesses and consumers to take part?

The way to find out is by taking part in the innovation process. Opportunities to contribute and disrupt are endless.

The latest progress in DeFi has shown that a lot was missing and that a lot still needs to be achieved. Many more people will enter the arena in the coming years to help advance the technology and its use cases by building and testing concepts around digital assets that have not been previously thought of. Solving problems that have plagued legacy banking for years should be at the forefront of the innovation agenda — building products and services that allow participants at all levels, from the consumer upward, to benefit from economic activity and growth.

Participation need not be limited to those with programming knowledge. WordPress has been hugely influential over the past 20 years in widening access to website creation, today powering more than 35% of the entire web. It is used by some of the most well-known websites but also by smaller actors who have been able to try out ideas thanks to an easy-to-use, point-and-click interface that makes the software accessible to any computer-literate person.

Frictionless, low-cost tools that require little or no coding expertise allow innovators to rapidly experiment and will lead to the creation of a truly robust DeFi ecosystem.

It is believed, according to one study, that the technology has still only reached around 1.2% of the global population. The transformation in money that we are witnessing is part of a much greater trend in which cash is slowly becoming obsolete while open-source software simultaneously removes barriers for innovators to collaborate, conceptualize and build quicker than ever.

Credit cards and internet banking were game-changing technologies when they were adopted. We have also seen an explosion in fintech companies in recent years that further enhance the user experience through components such as Know Your Customer technology that, for example, allows customers of challenger banks like Revolut and N26 to open an account in minutes from the comfort of their own homes using their mobile device.

Nevertheless, these innovations remain intricately linked to platforms that were initially built for cash. This new blockchain infrastructure can put institutional-grade banking products into the hands of everyday people and solve “the last mile problem” by completely bypassing legacy banking systems.

The most profound changes happen when new infrastructure enables new consumer behavior. This, in turn, provides previously unimaginable support for increased economic activity and improves the lives of everyday people. The current trend in DeFi is focused on the 1% of speculators, but the end game is to reach the remaining 99%.

This article was co-authored by Mark Smargon and Aly Madhavji.

Mark Smargon is the CEO of Fuse, a payment network that allows users to create microeconomies around a communal token. He has over 20 years of experience with web technologies and understands how to leverage them to meet market needs. Previous companies founded by Mark include Colu, Bitgo.co.il and Creatix.
Aly Madhavji is the managing partner at Blockchain Founders Fund, which invests in and venture-builds top-tier startups. He is a limited partner of Loyal VC. Aly consults organizations such as INSEAD on emerging technologies and the United Nations on solutions to help alleviate poverty. He is a senior blockchain fellow at INSEAD and was recognized as a “Blockchain 100” global leader by Lattice80. Aly serves as a board member of CryptoStar Corp. and has served on various advisory boards including the University of Toronto’s Governing Council.