Crypto ➜ Declaring a crackdown? What to make of the DoJ crypto framework release 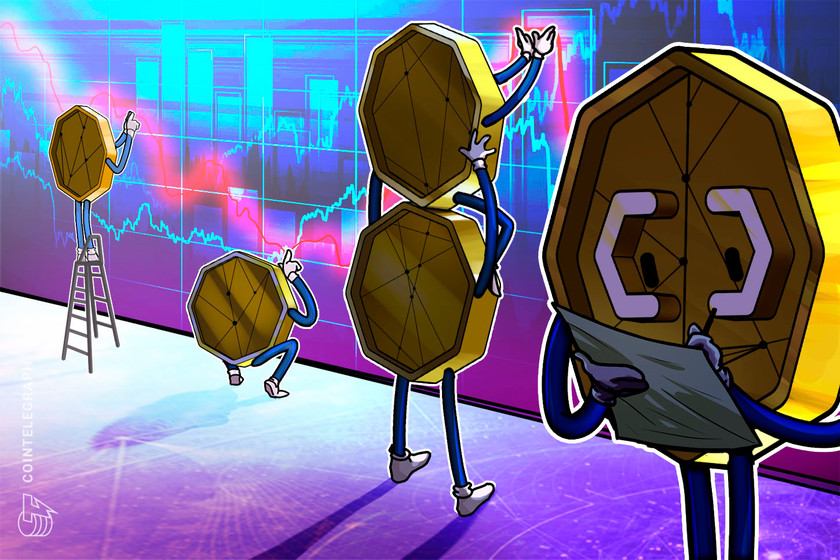 The U.S. Department of Justice has articulated its digital enforcement strategy, putting the crypto community on notice.

The United States Attorney General’s Cyber-Digital Task Force recently unveiled the result of its months-long effort to evaluate emerging cryptocurrency-related threats and articulate law enforcement strategies for countering them. The resulting guidance leaves the reader with an impression that its authors have a sound understanding of how the focal asset class works as well as a certain fixation on the ways it can be misused, as some observers contend.

In the highly charged atmosphere of the final weeks before the presidential election, with high-profile enforcement actions against the people behind crypto derivatives exchange BitMEX and the U.S. government’s sweeping anti-monopoly push against Silicon Valley looming in the background, the Cryptocurrency Enforcement Framework seems like part of some larger political and regulatory dynamic. How does the release of the document fit into the grand scheme of things, and what message is it meant to convey?

One reason why even a modest uptick in enforcement activity in the digital asset space can feel like a full-blown clampdown is that U.S. government agencies have so far been rather selective when deciding whether or not to go after unscrupulous crypto actors.

The lack of specific regulations, as well as the infamous confusion as to which regulatory body is taking point, has left a general strategy of stepping in only to prosecute the most egregious cases, as opposed to blanket enforcement. The DoJ’s introduction of the Crypto Enforcement Framework could suggest that the tide is turning.

Andrew Hinkes, co-founder of consultancy Athena Blockchain and an attorney at law firm Carlton Fields, sees the report as mainly a recap of law enforcement efforts in the blockchain space over the past six years, however, one that indicates a clear upward trend:

“Different federal agencies mentioned in the report, such as the SEC, CFTC, and FinCEN, have all been steadily increasing their regulatory and enforcement activity in the cryptocurrency space as that space has grown. Much of the report collects and describes the different agencies’ actions over the past few years.”

Barry Boss, co-chair of the commercial litigation department at law firm Cozen O’Connor, noted that the DoJ has so far been treading “fairly lightly” in terms of enforcing everyday regulatory requirements, perhaps taking its time to understand the market as it develops.

It seems unlikely that the release of the present enforcement guidelines has been timed to any particular developments in the cryptocurrency market, as the comprehensive 83-page report has been many months in the making.

Speaking about the general political moment, Arlo Devlin-Brown, partner at Covington & Burling in white-collar law and investigations, observed that cryptocurrency enforcement is far from being among the hot-button issues of the 2020 presidential election:

“I suspect that this task force, like other DOJ task forces, is seeking to complete outstanding reports prior to a potential change of administration in January. That said, I don’t think this issue is particularly relevant to electoral politics, and I don’t foresee significant changes in cryptocurrency enforcement priorities at the DOJ should Biden win the Presidential election.”

The guidance document details the DoJ’s priorities and strategies with regard to the maturing cryptocurrency industry, aiming to inform the law enforcement community, market participants and the general public both at home and abroad. Apart from this, parts of the report can be read as a signal of what certain subsets of crypto stakeholders can expect for the future.

Boss told Cointelegraph that the new guidelines hint at the DoJ’s willingness to ramp up enforcement. In his opinion, the report serves to “put the cryptocurrency community on notice.” This time, it won’t be just for the most brazen criminals:

“There have been several studies that have shown that significant volumes of terrorist financing, money laundering, and other illicit proceeds are funneled through major, established exchanges. DOJ made clear in its framework that it is aware of this problem and that enforcement of federal criminal laws, including KYC and AML requirements, is part of its framework for addressing it.”

Hinkes of Athena Blockchain called the report a message “to persuadable participants in the cryptocurrency marketplace and industry” to remind them that “they should stay on the right side of the regulatory line because the federal government is committing substantial resources to combating criminal activity associated with, facilitated by, or targeted against cryptocurrencies.”

Generally, most experts who spoke to Cointelegraph on this matter agree that the framework’s publication illustrates the government’s resolve to significantly boost its enforcement efforts on the digital assets front. While this could spell more regulatory certainty and safer adoption for the crypto industry at large, certain sectors such as blockchain analytics, which specializes in transaction tracing and works closely with law enforcement, will be benefited directly.

“With the help of blockchain analysis, DOJ has successfully investigated and prosecuted cases involving cryptocurrency, including charges of money laundering, drug trafficking, fraud, and more.”

Wick is convinced that the urgency of crypto-related threats will prompt authorities to allocate additional resources in order to address them.

Above all else, the Department of Justice has laid out a comprehensive vision of response strategies for noncompliance and general illicit crypto-asset activity, notes Liat Shetret, senior advisor for crypto policy and regulation at crypto analytics and compliance firm Elliptic. He added:

“The key message boils down to the ‘how.’ How will the DoJ accomplish this? In that regard the plan is specific and clear-cut.”

Some experts also think that the DoJ’s framework can inform lawmakers’ thinking on how to go about certain novel challenges.

“The report will clearly be used by US policy makers when enacting laws involving cryptocurrency. In particular, the report spends a lot of time examining privacy coins, or what it calls ‘Anonymity Enhanced Cryptocurrencies’ or ‘AECs.’ I wouldn’t be surprised to see Congress quoting this report in laws aimed at curtailing the use of AECs.”

Clarifying how exactly existing laws should be applied in practice, enforcement guidance normally follows legislation, but it seems that in the bizarre world of crypto, the opposite can be the case as well. At any rate, it would be a good idea for privacy coins and the crypto industry at large to start bracing themselves for both more pointed legislation and tighter enforcement in the near future.