Crypto ➜ Bitcoin mining’s future is green, and Russia has the best chance 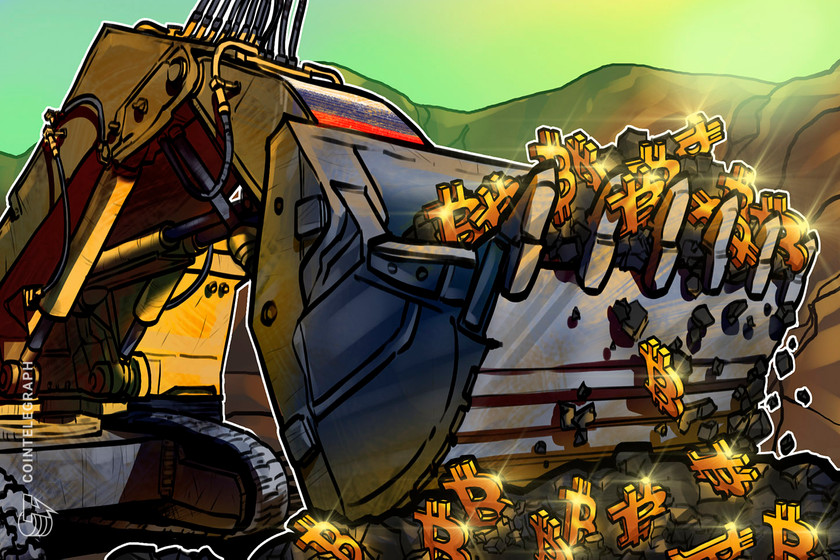 Despite unclear crypto regulations in the country, Russia may become the leader in sustainable crypto mining.

If the plan is properly implemented, it could help China to finally shed its biggest-polluter status and significantly improve the global ecosystem, which could also drastically shake up the country’s eminent Bitcoin (BTC) mining industry.

The most well-known mining hub of China is the Southern province of Sichuan, which has an abundant hydroelectricity sector. However, the electricity there is especially cheap only during the wet season, which takes place between May and September. Outside of that period, most miners migrate up north to Xinjiang and Inner Mongolia, which currently generate over 40% of the total Bitcoin hash rate. Unlike Sichuan, however, those desert regions depend mainly on non-renewable sources of energy such as coal. If the government proceeds to push for net-zero carbon dioxide emissions, mining there will become inefficient, and local players will be left with much fewer options.

The future of Bitcoin mining is green

As the world has finally learned the hard truths of climate change and human-caused emissions of carbon dioxide, having constant access to renewable energy is going to become one of the most important factors in Bitcoin mining. But are there any locations that can cater to this requirement?

Let’s take a look at the Bitcoin Mining Map that indicates a close estimate of the geographic distribution of the global BTC hash rate. China, of course, is the uncontested king, making up more than 65%. Following China are the United States, Russia and Kazakhstan, which are neck and neck at 7,24%, 6,90% and 6,17%, respectively.

The Commonwealth of Independent States, or the CIS region, which includes both Russia and Kazakhstan, seems to be particularly overlooked by international players, mostly due to a lack of information about local mining scenes.

Akin to Northern China, Kazakhstan’s electricity is produced mostly by coal power plants. It’s cheap, but not sustainable. Also, the local government has been interfering with the electricity market by lowering tariffs and cost, meaning that they might eventually bounce back.

Russia, on the other hand, has lots of natural prerequisites for cheap renewable electricity, as well as a more stable economic environment.

If you ask me to name one thing that the Soviet Union was good at, I’d say industrial infrastructure.

Most of Bitcoin mining in Russia takes place in the famous Siberian region, which has also been a key spot for aluminum production since the 1960s. Because energy is consumed at all stages in the production of aluminum, the USSR chose to build Siberian smelters along with hydropower plants (Russia hosts as much as 9% of the world’s hydro resources, mostly in Siberia and the far east).

Aluminum smelting technology has evolved since then, making production much more energy-efficient. That, along with the fact that the Soviet government often left room for future growth when building infrastructure, is the key reason why the region has so much excess power these days. According to RusHydro, the world’s second-largest hydroelectric power producer, the total installed capacity of hydropower units in Russia is currently approximately 45 million kilowatts. More specifically, hydropower plants in Siberia are estimated to produce almost 10% of the total output of all power plants controlled by the Unified National Energy Network.

Another key aspect is Siberia’s infamous climate, where it’s cold nine months of the year. If there’s anything that this kind of weather is good for, it’s hosting a datacenter stuffed with large ASIC units running at full capacity. Anyone who has ever tried running a mining rig at home during summer will likely know what I mean.

China is an ally

Russia’s vicinity to China is also a big plus, as the best mining hardware is produced there.

Historically, Moscow has had a strong economic relationship with Beijing, which continues to strengthen to this day. The shipping between the two countries is cheap, fast and constant: Freight trains and cargo aircraft continue to run despite the COVID-19 pandemic.

Now, imagine shipping thousands of mining rigs to the state of Texas from Beijing, considering that the U.S. is in a trade war with China and has slapped a hefty 25% tariff on imported mining equipment.

Related: China and US must learn from one another and collaborate on CBDC

Continuing the comparison to the U.S., operating expense and capital expense costs of maintaining a data center are considerably lower in Russia, mostly because local labor and construction costs are cheaper.

Furthermore, if your rig breaks down, you don’t even have to send it back to China, wasting several weeks (which is considered ages in Bitcoin mining). Institutional-scale Russian facilities tend to have in-house repair centers with technicians trained directly by top Chinese mining hardware manufacturers, so they can quickly get everything up and running again.

Russia has been the third-largest Bitcoin mining country in the world for quite a while now, and the local industry has developed significantly.

Hearing all of this for this first time, one might argue: But the Russian government has banned crypto. Well, that’s not factually correct. Let’s take a closer look at the country’s major crypto-related law, called “On Digital Financial Assets,” or DFA, that was signed into law in July.

The bill prohibits Russian residents from making payments in cryptocurrencies starting from January 2021 but legally recognizes them as “digital financial assets.” It does not mention cryptocurrency mining in any form, meaning that currently, there are no legal restrictions.

In early September, however, Russia’s Ministry of Finance reportedly proposed to amend the DFA law to prohibit miners from receiving payments in crypto for their activities. As the authority reportedly stated:

“Standalone crypto mining is legal, but it loses its financial value because the payment is usually processed in Bitcoins and Ethers.”

While no one knows if the amendments will get approved, what they imply is pretty straightforward: Russians can’t sell the coins that they mine, but they can legally host their hardware and other infrastructure for foreign players. Most likely, the change will affect mom-and-pop operations, since large-scale miners are normally paid in fiat currency. Moreover, operations whose clients are overseas can still be legally paid in crypto from abroad even if the proposed bill comes into effect.

Besides, regional authorities in Siberia are growing highly supportive of large mining operators because they pay taxes, create jobs, and put that excess energy to use. The truth is that the government is pro-business and has no interest whatsoever in destroying something that contributes to the economy.

At this point, the government has already met all the local large-scale mining operators mostly because the consumption of several megawatts of power is easily detectable by the electric grid operator (and naturally requires some sort of explanation). Earlier in August, the Ministry of Digital Development, Communications and Mass Media published a proposed bill that would establish additional control over data centers in Russia.

A skeptic would continue: But surely you will get scammed if you choose to mine in Russia. While doing business is never a risk-free activity, especially when it comes to the cryptocurrency industry, there are actually no reported cases of crypto mining-related scams in Russia. The police regularly shut down illegal operations that steal electricity, but the authorities never scour compliant operations who pay due taxes and costs.

Curiously, most stories about inconsistent mining players come from North America, which is generally considered to be a highly-regulated market. In fact, the region is littered with carcasses of mining companies that either suddenly went bust or turned out to be scams, disappearing with investors’ money in both cases.

The most recent example would be the Toronto-based HyperBlock, which abruptly closed down its 20-megawatt data center in May, saying that it had to cease operation due to the Bitcoin halving — despite the fact that it is a regular event that companies can prepare for well in advance. Similarly, in early 2019, U.S.-based major crypto mining and blockchain firm Giga Watt closed access and power to its facilities after allegedly failing to pay $300,000 in utility bills.

Is another mining boom imminent?

Sure, Russia could use some clearer regulation on mining (like most countries in the world), but this process will likely take some time. The most important thing is that the government has finally communicated its general attitude, which could be summarized in the following way: “We’re skeptical about the use of cryptocurrencies as a payment method, but are fine with the related activities that stimulate our economy.”

Consequently, it seems like Russians are getting ready for a mining boom similar to the one that happened in 2017. Local retailers have recently reported a 49% spike in crypto mining-related sales of graphic cards in August, and GPU sales registered from June to August are up 470% compared to last year, so things are clearly heating up.

Igor Runets is the founder and CEO of BitRiver, the largest colocation services provider for Bitcoin mining in Russia and the CIS region. After completing his MBA from Stanford, Igor returned to Russia to utilize his more than 10 years of experience in enterprise-class data centers and the excess hydroelectric power of Siberia to bring institutional-grade Bitcoin mining to investors around the world.