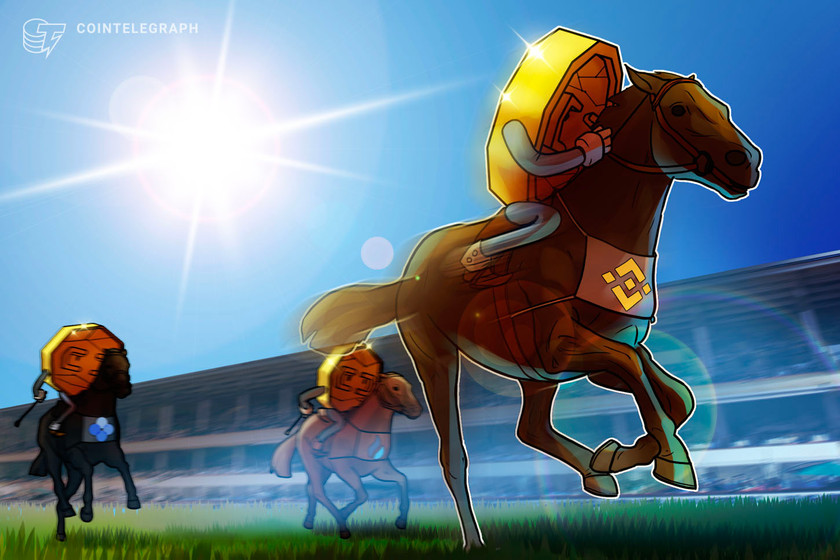 Overall trading volume was down on derivatives exchanges, but one day set a new yearly high.

Binance has overtaken Huobi and OKEx to become the largest crypto derivatives exchange by volume in the September figures with $164.8 billion across the month, according to the latest report published by U.K.-based data firm CryptoCompare,

CryptoCompare looked at the trading volume of the top-tier exchanges and determined that Binance had seen around $8 billion more volume than its closest competitors, Huobi at $156.3B, and OKEx at $155.7B. BitMEX came in fourth with $56.4 billion in monthly volume for September.

The figures show that BitMEX was in trouble even before its leaders were charged with failing to prevent money laundering and forced to resign. The exchange saw the largest monthly decrease, in percentage terms, of 30.7%.

Huobi, OKEx and Binance accounted for about 90% of September’s derivatives volume between them, even as volumes eased month on month by 17.5% to $634.9 billion. CryptoCompare reported FTX was the only derivatives exchange that experienced an increase in volume, up 12% in September with $23.89 billion traded.

The report highlighted that daily volumes on derivatives exchanges reached a yearly high on Sept. 3, with $27.6 billion traded. The previous high in 2020 was set on July 27 at $27.1 billion.

Institutional options volumes on the regulated platform CME increased by 79.4% from August’s figures to a monthly volume of 4,872 contracts traded. CryptoCompare reported that CME Bitcoin (BTC) futures contract volumes remained steady, only decreasing by 1% compared to 203,867 contracts traded in August.